The Perilous Adventures of the Cowboy King and millions of other books are available for Amazon Kindle. Learn more

Shipping rates and Return policy
$13.54
FREE Shipping
Get free shipping
Free 5-8 day shipping within the U.S. when you order $25.00 of eligible items sold or fulfilled by Amazon.
Or get 4-5 business-day shipping on this item for $5.99 . (Prices may vary for AK and HI.)
Learn more about free shipping
on orders over $25.00 shipped by Amazon.
Sold by: O&M Media
Sold by: O&M Media 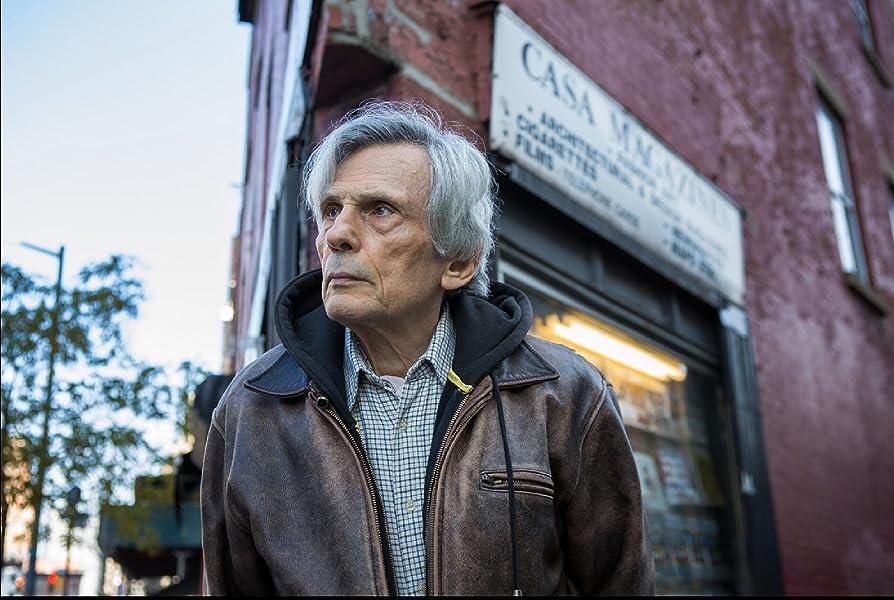 The Perilous Adventures of the Cowboy King: A Novel of Teddy Roosevelt and His Times Hardcover – Illustrated, January 8, 2019

by Jerome Charyn (Author)
3.9 out of 5 stars 42 ratings
See all formats and editions
Sorry, there was a problem loading this page. Try again.
Read more Read less
Previous page
Next page

"A rendering of Teddy Roosevelt's early life that spotlights formative moments in colorful, entertaining episodes. Charyn makes artful use of historical fact and fiction's panache to capture the man before he became one of the great U.S. presidents and a face on Mount Rushmore."
― Kirkus Reviews (starred review)

"Marked from beginning to end by restlessness and adventure.... A ripping, enjoyable yarn."
― Keir Graff, Booklist

"Who wouldn’t want to grow old like Jerome Charyn? Now in his 80s, the prolific writer seems ever more daring. Charyn has found a path all his own ― neither a substitute for biography nor a violation of it.... For fans of Roosevelt, this is tremendous fun.... One of the melancholy pleasures of this novel is the contrast it continually presents to our current president. The reviewer’s handbook says I’m not supposed to judge a book by its cover, but I have to offer some praise for this unusually witty dust jacket. It strikes just the right tone, as does this delightful novel."
― Ron Charles, The Washington Post

"Graced with vivid, vigorous writing.... [Charyn] has written the rousing yarn advertised in his title and dust jacket, and he has written it well."
― Gerard Helferich, The Wall Street Journal

"Warning: don't turn to the first page of Jerome Charyn's remarkable new work of fiction The Perilous Adventures of the Cowboy King unless you have time to be utterly swept away for the next ___ hours."
― Joyce Carol Oates

"Jerome Charyn has long been one of our most rewarding novelists, and he has upped the ante in The Perilous Adventures of the Cowboy King, his frolic about Teddy Roosevelt in the West."
― Larry McMurtry

"Jerome Charyn is a one off: no other living American writer crafts novels with his vibrancy of historical imagination. If you think his novels about Dickinson and Lincoln are virtuosic works of art, The Cowboy King will astonish you anew. Here is Teddy Roosevelt as you’ve never before experienced him, and as you won’t soon forget him."
― William Giraldi, author of American Audacity: In Defense of Literary Daring

"For TR, Mr. Charyn pulls out the stops offering up the man in his own voice, a magnificent mashup of macho and aristocrat.... Cowboy King is a novel at its best: engaging, immersive and compelling."
― Comics Grinder

"No one rewrites America's strange history-- or its maverick characters-- with more flair, sharp-shooting wit, and compassion than the many-sided Jerome Charyn. And in The Perilous Adventures of the Cowboy King, he's done it again: he's written a raucous, poignant, charming novel about a raucous, poignant, charming Teddy Roosevelt, a man of his time, and ours. Don't miss it."
― Brenda Wineapple, author of Ecstatic Nation: Confidence, Crisis, and Compromise, 1848-1877

Jerome Charyn's stories have appeared in The Atlantic, Paris Review, American Scholar, Epoch, Narrative, Ellery Queen, and other magazines. His most recent novel is I Am Abraham. He lived for many years in Paris and currently resides in Manhattan.
Start reading The Perilous Adventures of the Cowboy King on your Kindle in under a minute.

Rene A. Vallee
5.0 out of 5 stars TR and the New American Century--a perfect match...
Reviewed in the United States on February 20, 2019
Verified Purchase
Any book by Jerome Charyn is worth reading--and I think there are about 45 of them to choose from. His writing is as smooth as velvet and as cutting as a Sabatier chefs knife....just love it all.

In this page-turning volume, he manages to give Teddy Roosevelt a real personality--that of a loving father, husband and a fighter for the little man--even though he was not of that class personality...like his cousin FDR--he will be accused of being a traitor to his class...but to hear Jerome Charyn's take on it all--is so refreshing and so personal. I love this man and his writing and once spoke to him on the phone and he was most gracious..
You will love this book and you too will become a "Charyn fanatic" and start on his other works...Johnny One Eye being one of my favorites as well...Enjoy...Prof. Rene Vallee
Read more
8 people found this helpful
Helpful
Report abuse

A
5.0 out of 5 stars Historical fiction that's a rollicking adventure story!
Reviewed in the United States on February 24, 2019
Verified Purchase
We may know that Roosevelt was the first president to preserve pristine acres of the country for public land, but this exhilarating, and chock-full-of-adventure account gives the daunting background events, for that passion and his perpetual fight, and eventual success, of the protection of native American territories. A fierce and tireless champion against corruption wherever it was found, this New York City rich boy, born sickly with asthma and poor eyesight, turned himself into a boxer, rancher, New York City Police Commissioner, Assistant Secretary to the Navy and the ultimate battle-scarred leader of the volunteer army Rough Riders (in a Brooks Brother’s made uniform, of course). And this was all before he became president! Be prepared for a fascinating larger-than-life tale that moves at breathtaking speed.
Read more
3 people found this helpful
Helpful
Report abuse

As someone who has admired Roosevelt since childhood, I know a great deal about his life, from his childhood on, and this hisorical fiction is a lovely peek into what some of his daily interactions might have been like.

Robert M
4.0 out of 5 stars Fun read
Reviewed in the United States on April 8, 2019
Verified Purchase
An agreeable, first person fictional account of Teddy Roosevelt's life (parts of it). Fun and easy to follow the picturesque bigger than life man whose passion for hunting and nature actually meshed handsomely. A big bear of a man. The only " if.." is that this snazzily-written novel is no biography, and doesn't cover his whole life. But it is clearly enjoyable
Read more
3 people found this helpful
Helpful
Report abuse

Jack
4.0 out of 5 stars A "Bully"biography of America's best to ever occupy 1600 Pennsylvania Avenue
Reviewed in the United States on February 7, 2019
Verified Purchase
What a wonderful antidote for a dreary winter weekend. This pocket biography is filled with almost fantastic tales of the "accidental president". From his weakling childhood, encouraged by "Brave Heart" his magnanimous father, he developed the body to go with his amazing intellect. He ran and won the governorship of New York. He had the tragedy of losing both his mother and his wife on the same day just after his daughter Alice was born. In his desire to find an escape he went to the Dakota badlands. Was a rancher, a deputy sheriff and did become the Cowboy King.

Upon returning to the east as a reformer of the civil service and the police he was recognized for his honesty and competency. Later "Teedie" was appointed Asst. Sec. of the Navy, but resigned to organize his "Rough Riders'. On foot he led the charge up San Juan/Kettle Hill in Cuba. Upon returning home he was a true war hero. McKinley, despite objections from Republicans bosses, had him as his running mate With McKinley's assassination the almost mythical political career of Theodore Roosevelt moved forward. In short this is one "Bully" of a tale of America's only "Bullmoose" president.
Read more
One person found this helpful
Helpful
Report abuse

Christine Culver
3.0 out of 5 stars Not great
Reviewed in the United States on April 1, 2019
Verified Purchase
It jumps right in without letting you know what's going on. A difficult read.
Read more
3 people found this helpful
Helpful
Report abuse

ListmanGuy
4.0 out of 5 stars Josephine and More
Reviewed in the United States on February 24, 2019
Verified Purchase
Unlike other reviewers here I wasn't Wow-ed by this book. In fact, I'd probably give it 3.5 stars. Charyn's story-telling is clever and I was drawn into a few of his "plot" vignettes. For example, TR's relationship with Josephine the cougar is amusing and (spoiler alert!) ultimately sad and heartwarming. Likewise the book's ending focusing on McKinley's assassination and TR becoming President is engaging and interesting. Overall, however - at least for me - there was too little in this book that I found compelling.
Read more
Helpful
Report abuse

ralph m brackett
4.0 out of 5 stars Clever book on the greatest President of 20th Century
Reviewed in the United States on April 10, 2019
Verified Purchase
I've read most of modern histories on TR, and while the stories presented are antidotal, they ring true to historical record. A quick and enjoyable read about a real life figure, who has no parallel in the present political scene.
Read more
2 people found this helpful
Helpful
Report abuse
See all reviews