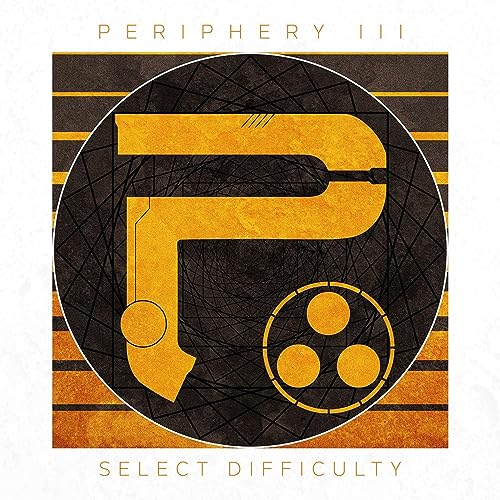 4.7 out of 5 stars
4.7 out of 5
234 global ratings
How are ratings calculated?
To calculate the overall star rating and percentage breakdown by star, we don’t use a simple average. Instead, our system considers things like how recent a review is and if the reviewer bought the item on Amazon. It also analyzes reviews to verify trustworthiness.
Top reviews

P. Carhart III
5.0 out of 5 stars Favorite Periphery album to date!
Reviewed in the United States on October 29, 2018
Verified Purchase
This is overdue as they are in studio recording P4 as I write, but I absolutely love this album, probably my favorite overall Periphery album so far. It has a ton of musical variety, a lot of musical surprises, is very well crafted, and has at least four of their heaviest song offerings ever. It also has my favorite metal "ballad" of all time:

1. The Price is Wrong - 1st majorly heavy song on the album is opener with gut-punching heaviness. Favorite part is the iteration of the verse at 1 minute mark, with every riff being slightly different than the previous.

2. Motormouth - 2nd majorly heavy song with my favorite riff on the album. Gut-punching yet head-bobbing goodness, and a quick glissando slide that makes you want to stand up and mosh right where you no matter who or what is around.

3. Marigold - violins! YES! Quickest moving riff on the album, which I believe is in 7. Just an epic, dramatic track with an ethereal outro. Also has a very quirky music video to go with it. This has Misha Mansoor written all over it.

4. The Way the News Goes... - first more melodic track on the album, with an interesting blast beat thrown in on the chorus. Spencer's vocals are good and catchy on this. Makes for a great communal moment during the concert. Very nice piano outro, which plays a quick theme they revisit much later on the album. Little musical easter-egg.

5. Remain Indoors - Slower song, but no less heavy. It's like they took a breakdown riff and made it into a ballad somehow. I also love the soaring synth effect, and the ethereal vocals over the heavy, pre-chorus hook. Great vocals again that make another great communal moment in concert. The bridge is another moment where in concert someone probably dies in the mosh pit. The outro riff reminds me of the outro riff on P2, where it somehow gets heavier and more dissonant.

6. Habitual Line-Stepper - Third majorly heavy track on the album, with my favorite intro riff, opening with one of the few times Periphery uses a straight, super-fast double bass drum, over the most mosh-able riff on the album. They revisit it later articulating the rhythm rather than just a double bass blast, to great effect. My only beef with this song is they interrupted their flow at least 3x, once at 2:08, again at 3:18, then again at 4:05. Each time it builds back up, especially 4:05, which builds into the break down that would most certainly result in mosh-pit slaughter. Still, it had such a good thing going, and the pauses gut the song a little, robbing it of its forward momentum.

7. Flatline - apparently this song incites violence if you listen to Australian news haha. Great song with a heavy walking kind of riff. Head-bobbing goodness with some of Spencer's most guttural growls. This song is one of the more poppy songs on the album, but still very much Periphery and very listenable.

8. Absolomb - fantastically syncopated riff, building with quick movement until 4:35 where the symphony comes in! What a great effect! Very inspirational! Leading into the finale is a wonderfully crafted breakdown riff with lead guitar soaring overtop. Then a pause... then an absolutely beautiful symphonic track, which belongs in a movie or something, with a piano outro teasing you that the best is yet to come.

9. Catch Fire - this is for me the most standard track on the album. It's very singable, a bit poppy, has symphony strings in it, and is overall a good song, could be a radio hit, but it's not my fave.

10. Prayer Position - the 4th majorly heavy song on the album, bloodbath type moshing required. Unlike Habitual Line-Stepper, this doesn't interrupt it's flow, staying heavy and quick throughout. I wish I understood how Periphery can take an already heavy riff and somehow make it heavier, which is what happens during the breakdown towards the end. Some nice harmonic lead stuff at the end for the conclusion of a GREAT track. Great runner-up to the album finale.

11. Lune - This is the sort of ballad on the album, but MAN is this a well crafted song! If I ever put this album in my stereo and only select a couple tracks to listen to, this always makes the cut for me. Heck, my wife, who nearly exclusively loves Taylor Swift, even likes this song. Btw, it is in no way like Taylor Swift (no disrespect to her). This song just has such pathos, and it builds throughout, throwing in symphony that always gives me goosebumps along with soaring vocals. The guys held back on throwing in needless break downs, and just made a GREAT song that'll inspire you and make you feel better and ready to take on the world or climb Mt. Everest or something. This song should probably be the finale at every concert they do from now on, because you will always leave on a high note. This type of writing could get them noticed by Hollywood producers, and be included on the sound track at the end of movies. Love it. Also has the "wo-oh" part at the end that we can all get in on at the concert. Well done Periphery! Keep this stuff up!

Anyways, it's probably pretty clear that this is my favorite Periphery album. There are only a couple of slightly weak moments on the album for me, but overall the most cohesive, yet diverse album they've offered in my opinion. I can't wait to see if they keep up this trend for P4, because they are obviously just getting better and better.
Read more
3 people found this helpful
Helpful
Report abuse

Tom
4.0 out of 5 stars A step up from juggernaut
Reviewed in the United States on August 2, 2016
Verified Purchase
I have enjoyed this album a lot more than juggernaut because it feels more coherent and the vocals are just plain better. However, there are some weird nuances about the vocals that still make me scratch my head. For instance, the intro vocals on Catch Fire make me cringe, but the chorus is great and really catchy. Marigold flows pretty well throughout the whole song as far as vocals goes. In some of the songs the pronunciation of "ah" is super nasally and it stands out. Screams sound good. To end vocals on a positive note, Spencer has a high range that mostly fits the music great on songs like Marigold, Catch Fire, and Lune and his screams are excellent throughout the album. Vocals have improved overall on this album. These songs get stuck in my head.

Instrumentally, the songs sound great overall. Guitar tone is brutal and very full and joooocey. Bass is great too, and really stands out on Absolomb (talk about a hard song to sing over). The drums are perfect like usual. I never try counting Periphery songs because I just get lost. The little intricacies make these songs really fun to listen to over and over.

All together the album is a solid step for Periphery. They keep getting better and better. The songwriting has improved as well as each member of the band. It's easy to criticize the vocals but these songs are not easy to sing over. The chorus's of several songs like Catch Fire and Marigold have simple chords behind them and this is a VERY smart move. It gives Spencer a lot more room to develop a catchy melody. When you have so much individual talent it's great to let each member really capitalize and shine at different parts of the song which Periphery does on this album. I bought this album and I recommend you do the same!
Read more
8 people found this helpful
Helpful
Report abuse

Ashley
1.0 out of 5 stars Defective Vinyl (Disc C)
Reviewed in the United States on May 16, 2019
Verified Purchase
Was thrilled to receive this album. The vinyl even comes with a CD, awesome!

Unfortunately, the brand-new album skipped on side C (2nd disc, first side). I returned it and ordered another. The new one was factory sealed, carefully opened it and played disc C. It skips - in the exact. same. spots. Seems like there's a manufacturing issue or a problem with the master they are using for pressings. Such a shame, don't know where to go from here. Side C has about 8-10 skips (if not more) total and it skips over 1-2 lanes each time causing jarring jumps in every song a couple times. So 25% of the album is un-listenable, and it's not a 1-off issue.

Hope this gets some attention and the problem can be fixed, since it seems that most of them shipping probably have this issue.
Read more
One person found this helpful
Helpful
Report abuse

Jack L. Wallen
4.0 out of 5 stars A must-have album for fans of hard-hitting, passionate metal
Reviewed in the United States on February 8, 2017
Verified Purchase
This is an absolutely fantastic album with some of Periphery's best tracks. If you are a fan of the genre, consider this a must have.

The only reason I knocked off a star (for what would otherwise be a 5-star release) is that the vinyl edition of the album was pressed with a considerable amount of sibilance. If your turntable setup is prone to it, you'll hear quite a lot of this annoying little bugger. Don't let that detract you from purchasing this...as you'll hear so much more from the music on vinyl.
Read more
One person found this helpful
Helpful
Report abuse
See all reviews

A. K. Evans
5.0 out of 5 stars Buy Buy BUY!
Reviewed in the United Kingdom on April 29, 2017
Verified Purchase
Love this album so much! I was worried that P might have been losing their touch as bands do as they get older but they just keep chucking out brilliant songs. I got this album 2 weeks ago and nothing else has been playing in my car since, I can't remember ever having had that happen before.
Would highly highly recommend for Periphery fans, even over Alpha and Omega (if only for the cost).
Read more
One person found this helpful
Report abuse

Adam D
5.0 out of 5 stars Five Stars
Reviewed in the United Kingdom on September 1, 2017
Verified Purchase
All the Djent you could ever need, on one convenient Compact Disc.
Read more
One person found this helpful
Report abuse

Andrew
5.0 out of 5 stars Love it
Reviewed in the United Kingdom on August 22, 2016
Verified Purchase
Another great dose of Periphery. Flatline and Lune are my favourites, great balance between instrumentation and vocals
Read more
One person found this helpful
Report abuse