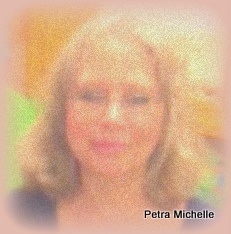 I attended Douglass College, Rutgers University, and majored in Pre-Med. When my youngest sister was born and held her for the first time, I immediately knew I wanted to be a Pediatrician. Well, the sciences and I didn't agree, and had no idea that it would be the arts I'd fall in love with later in life.

After college, I climbed Manhattan's corporate ladder where I'd developed and honed my business acumen and writing skills, ultimately used in my two businesses, a childrenswear store and an employment agency.

However, during my recovery after an automobile accident, writing became not only cathartic but a passion. Although I have written in all genres since 1995, my passion for film since a very young age drew me to screenwriting. After many hours spent in creative writing and screenwriting at The New School in Manhattan, I became agented in 2005.

It was soon thereafter my mother had a heart attack and I became a full-time caregiver, too. My mother developed Alzheimer's and passed in January 2013 while my 86-year-old father remains with us, always in the moment, due to vascular dementia.

If you'd care to discuss anything relative to writing or caregiving, please start a conversation below. I'd be more than happy to assist in any way I can. Petra Michelle 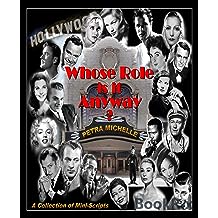 Whose Role is it Anyway?: A Collection of Mini-Scripts Apr 2, 2014
by Petra Michelle
( 1 )
$1.49
This collection of mini-scripts was written by me for my blog, Whose Role Is It Anyway? since 2008. They are some of the most popular of many written. I have been an agented screenwriter since 2005.

As a screenwriter, FORMATTING is paramount in the film industry. These mini-scripts follow the industry's standards.

EXT. or INT. are abbreviations for Exterior or Interior. LOCALE is self-explanatory, and DAY or NIGHT is all that's needed; not THE NEXT DAY, EVENTIDE, DUSK, TWILIGHT, etc.

NOTE: A change in locale requires another scene heading.

DIALOGUE: Less is more. If your character can say something in six words rather than seven, omit the extra word.

NARRATIVE: When writing, "Always grab the reader by the throat, sink your thumbs into his windpipe..."

THE BEGINNING, THE MIDDLE, THE END; ACT I, ACT II, ACT III, respectively.
Every sentence, every paragraph, every scene, every screenplay has a beginning, ACT I, middle, ACT II, and end, ACT III.

In the Beginning, Act I -- Lew Hunter "the story starts at the point where nothing before is needed." It sets up the characters and story. The first page of your screenplay begins with FADE IN:, then enter two spaces followed by the first scene heading.

In the End, Act III -- be it emotional, physical, or a combination of both is what has been written leading to "the accomplishment, the victory, the coup de grace." Lew Hunter

The Denouement: "Here's looking at you, kid." The final clarification or resolution of a plot.

FADE TO BLACK (The End)

Free yourself of the monkey mind, and get your ideas down immediately, then go back to edit. Editing during a first draft is a waste of valuable time. A draft is just that, a draft, which will become your first, second, third--however many it takes to get it right.

Look for an agent.