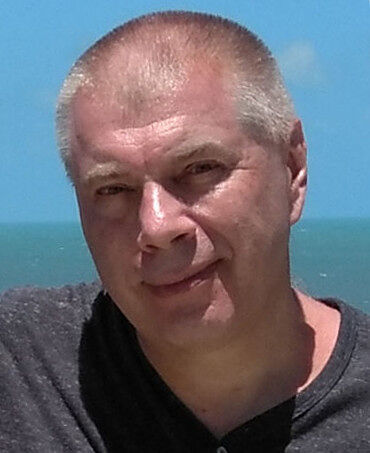 Petri Launiainen has spent well over thirty years dealing with computers and mobile communications, gaining great insight into both of these incredible technological revolutions, especially while working as a VP at Nokia and as a CTO of Nokia's Brazilian R&D center.

Over the years he had noticed that the effects on society caused by these incredible inventions turned out to be much larger than is generally recognized, so he decided to collect a comprehensive timeline of these events into "A Brief History of Everything Wireless: How Invisible Waves Have Changed the World".

During this project, he also inadvertently stumbled on the newly found fad of flat Earth, which prompted him to write down the clues in our daily environment that point at a round Earth. This entertaining introduction to the form of our planet can now be found in his newest book, "Flat Out Wrong: The Overwhelming Evidence Against Flat Earth".

He's got a Private Pilot's License with Instrument Rating and has flown coast-to-coast across the continental US, holds a PADI Master Scuba Diver level and has a life-long interest in all things space ever since witnessing the Apollo Moon landings.

Petri works currently as the CTO of Datumize in Barcelona, Spain. 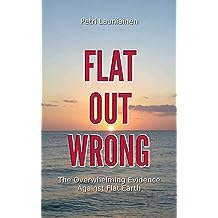 Flat Out Wrong: The Overwhelming Evidence Against Flat Earth Nov 25, 2018
by Petri Launiainen
( 6 )
$4.99
The Ancient Greeks figured out that our planet was round over 2,000 years ago. Columbus and Magellan launched their expeditions based on this knowledge. Millions of airline passengers are carried safely to their destinations daily, thanks to guidance from navigation systems that calculate routes with the assumption that we move over a spherical Earth.

Despite this, there are now international conferences at which Flat Earthers apparently in all seriousness discuss their alternate view of our universe. Even some celebrities have caught on to this new-found fad for flatness, and the Internet is full of slick material proclaiming the “proof” of a pancake-like world.

Under this barrage of superficially believable material, it’s understandable that even those of us who should know better may be tempted to “think different”.

"Flat Out Wrong: The Overwhelming Evidence Against Flat Earth" is a practical and entertaining look at all the evidence pointing to a round planet. It includes examples of simple and often-overlooked phenomena, which you can personally observe. The storyline is supported by 50 illustrations and images, and additional material is made available on the Internet. It’s everything you need to recognize what the Greeks worked out centuries ago, and why it is so easy to fall under the spell of flatness.

Petri Launiainen unintentionally stumbled on the growing fad of Flat Earth while researching his earlier book, "A Brief History of Everything Wireless: How Invisible Waves Have Changed the World." As a Private Pilot with Instrument Rating, he has the real-world experience to know that Earth is a globe, yet he understands that the immense size of our planet can make things look flat. So he collected all those subtle hints about roundness in this book, reflecting them against the claims of the flat Earth model. The reader can then decide which model actually fits the reality around us.
Read more 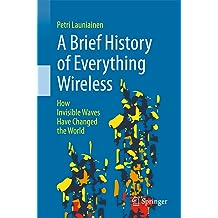 A Brief History of Everything Wireless: How Invisible Waves Have Changed the World Jun 6, 2018
by Petri Launiainen
( 3 )
$23.74

Since the discovery of electromagnetic waves less than 150 years ago, the application of wireless communications technology has not only revolutionized our daily lives, but also fundamentally changed the course of world history.

A Brief History of Everything Wireless  charts the fascinating story of wireless communications. The book leads the reader on an intriguing journey of personal triumphs and stinging defeats, relating the prominent events, individuals and companies involved in each progressive leap in technology, with a particular focus on the phenomenal impact of each new invention on society. Beginning at the early days of spark-gap transmitters, this tale touches on the emergence of radio and television broadcasting, as well as radio navigation and radar, before moving on to the rise of satellite, near-field and light-based communications. Finally, the development of wireless home networks and the explosive growth of modern cellular technologies are revealed, complete with a captivating account of their corresponding company histories and behind-the-scenes battles over standards.

For those wishing to peek behind the magic curtain of friendly user interfaces and clever engineering, and delve further into various processes underlying the ubiquitous technology we depend upon yet take for granted, the book also contains special “TechTalk” chapters that explain the theoretical basics in an intuitive way.