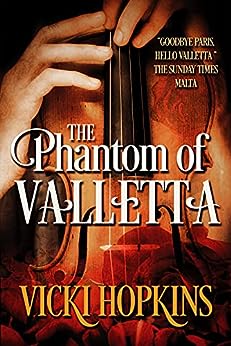 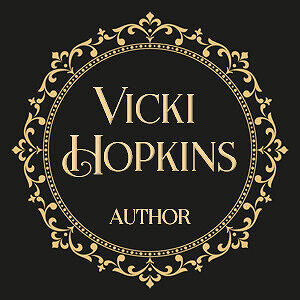 The Phantom of Valletta Kindle Edition

Hopkins' depiction of our small island is masked in Gothic imagery. Valletta is painted as seeping with darkness, threatening to cover all semblance of truth so reality is hidden from view. --The Sunday Times, Malta

The Phantom of Valletta was a joy to write! When I sat down to pick a location to set the story, I did some simple Internet searches on opera houses destroyed in the 19th century. The Royal Opera House of Valletta popped up, and after reading the story of its creation and subsequent demise due to a devastating fire, I thought it the perfect place to take the Phantom.

Though the story is set in 1874, I loosely based that dateline on the movie version that indicated 1870, rather than other versions that place the storyline somewhat later. Let's call it creative liberty. I have no regrets in doing so because the outcome of my choice proved to be a wise one. It is a perfect location and backdrop for this suspenseful mystery novel, which brings Leroux's characters on a new adventure.

However, little did I know when I wrote the book, that the location held a very passionate place in the hearts of many. I am very appreciative of the Maltese, who have embraced the story and me as an author. Even though The Royal Opera House no longer exists, it still holds a very special place and love in the hearts of the residents of Valletta. Originally opened in 1866, the interior was destroyed by a devastating fire in 1873. After four years of reconstruction, it was reopened in 1877, only to be destroyed once again in World War 2 by bombers. It was never rebuilt.

I hope you enjoy the unique setting on the dark Gothic streets of Valletta.

With Russian blood on her father's side and English on her mother's,Vicki blames her ancestors for the lethal combination in her genes thatinfluence her stories. Tragedy and drama might be found between thepages, but she eventually gives her readers a happy ending. Vicki livesin the beautiful, but rainy, Pacific Northwest with a pesky cat whorefuses to let her sleep in. Her hobbies include researching her English ancestry (actually it's an obsession), traveling to England to visitdead relatives, and plotting her next book. She also writes under thepen names of Nora Covington (Historical Romantic Suspense) and J. D.Burrows (Women's Fiction).
Read more

4.0 out of 5 stars
4 out of 5
87 global ratings
How are ratings calculated?
To calculate the overall star rating and percentage breakdown by star, we don’t use a simple average. Instead, our system considers things like how recent a review is and if the reviewer bought the item on Amazon. It also analyzes reviews to verify trustworthiness.
Top reviews

R. Sheppard
4.0 out of 5 stars 3.8 stars
Reviewed in the United States on May 23, 2021
Verified Purchase
I had some expectations for this book and I was surprised when I got it all wrong. Don't get me wrong, I really liked the way things progressed and how the story unfolded but I didn't enjoy it as much as I had expected. This is yet another book basing events upon the movie/stage play and the original Leroux novel. The setup was pretty slow but still not an intense build up. The love interest doesn't show up until 30% of the way through the book. I couldn't really get attached to her though. Desiree seemed a bit flat to me. I didn't understand enough of her character pre-accident. I had so many questions that were never answered and it made her seem even more one-dimensional.
Another thing that bugged me was the author's writing style. It seemed sparse at times and didn't contain enough explanation. While I do appreciate that she shifted to different characters' POV when needed I still felt I didn't fully understand some of them. There were times I didn't understand Richard at all. He jumped into the situation way too readily and almost without question. He was certainly the right person for the job but I was missing something from him..... a personality maybe.
THE ENDING! No spoilers here. Such melodramatics and over-the-top emotions for something that wasn't that big of a deal. Even though I wasn't attached to Desiree I expected more from her. I thought she was stronger after what she went through but she acted more like a teenage girl seeking attention from a negligent parent. UGH! Then it abruptly ended. I kept looking for an epilogue or a hidden chapter to ease myself from the disappointment but it wasn't there.
One thing I did really enjoy was Desiree's story and why she was connected to Erik. I wasn't expecting her story and internal struggle between loyalty and forgiveness. Though there was several moments of foreshadowing I didn't expect her to have a past filled with such pain and hurt. Even then I thought the author didn't capitalize on her opportunity to help us better understand Desiree and her pain. I felt I got a general idea but I didn't live it.
This was a good story but it doesn't make my top 10 POTO phan fiction titles.
Read more
Helpful
Report abuse

Saturdaychick
5.0 out of 5 stars The Phantom's Opera: "Phantom of Valletta" by Vicki Hopkins
Reviewed in the United States on January 19, 2014
Verified Purchase
From the Militant Recommender Book Review Blog:[...]
Christine is gone. Erik has freed her to marry Raoul. Now, alone in his lair, he despairs, feeling he must be dying of love, or the loss of it anyway. Then... an opportunity presents itself. The Royal Opera House of Valletta in Malta has been destroyed by fire and Erik decides to purchase it and give it, and himself, a new lease on life. Together with the Persian's servant, Darius, and Madame Andrea Giry, his long time friend, they will raise it from the ashes and he, Erik, the Phantom... will now have his very own Opera House to command!
This is a wonderfully original premise and very believable as you can imagine Erik's excitement at such a task no matter how daunting the destruction facing him. He has the knowledge as a world class architect to, eventually, bring his vision to life! Though it seems this jewel has been damaged almost beyond repair. Erik decides to do some fundraising and find investors to bring in the funds to make the hugely expensive reconstruction.
How he and his friends go about this makes for engaging reading. Will Erik forget Christine and move on with his life in this new place? Will anyone else ever take her place in his heart? Desiree', an opera house employee with an interest in learning the violin, perhaps? There are other surprises in store for the reading audience so get a copy of Vicki Hopkins' "Phantom of Valletta" and enjoy the pleasures of the Phantom's opera!
Read more
Helpful
Report abuse

Erin Davies
4.0 out of 5 stars A Stunning Sequel
Reviewed in the United States on August 28, 2012
Verified Purchase
Kindle freebies carry a certain stigma. The titles are believed poorly written and horribly edited. It is sad but by and large I can't disagree with the perception. My kindle library is littered with free lit, most of which I can't claim to have particularly enjoyed. The Phantom of Valletta is an exception. I have my criticisms but they are of little consequence. Hopkins' work is fabulous.

Admittedly, my initial feelings were far different. I couldn't wrap my head around a book told from Erik's point of view. I like the Phantom's dark enigmatic persona. Leroux doesn't disclosure the full history of his character and I believe that is why after more than a hundred years the Ghost still captures our interest. He is a mystery, never fully explained.

Being inside his head, essentially wearing the mask stripped Erik of his secrets. I wasn't disappointed exactly, more like disenchanted. There is nothing inherently wrong with Hopkins' interpretation but sometimes less is more. Sometimes it is not what we know but what we don't know that leaves a greater impact.

The book really takes off with the introduction of Desiree. Again I was hesitant. The idea of Erik tutoring and molding the talents of another female student seemed repetitive and trite but I was wrong. The private young woman breathes life into the story almost the moment she appears. It is through her that Hopkins' talent shines.

Valletta's Royal Opera House provides a breathtakingly beautiful backdrop for the continued story of the Opera Ghost and the plot is wonderfully constructed. Once the story takes off it simply doesn't let you go. My only real complaint is the hasty ending. Every other aspect takes time to develop allowing the reader to digest it but the final scene is feels more like a drive by.

Sadly, The Phantom of Valletta is no longer free to download but the book is more than worth looking into. For fans of the story, this one is not to be missed.
Read more
Helpful
Report abuse
See all reviews

Conspiracy Queen
5.0 out of 5 stars A Happy Ending!
Reviewed in the United Kingdom on January 10, 2013
Verified Purchase
A MUST for all Phantom Phans! As a long time fan of the original book and the musical I thoroughly enjoyed this novel. How lovely-a happy ending AND Erik made his peace with Christine. PHABULOUS!
Read more
Report abuse
See all reviews