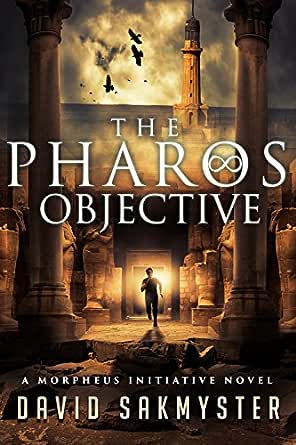 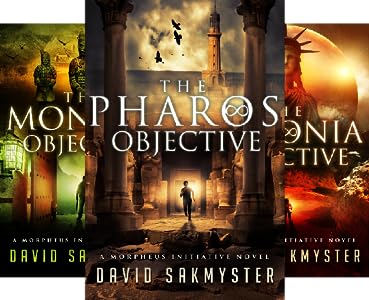 The idea for this novel came from two intriguing sources. The first was a real life scientific experiment in the late seventies that used psychics to remote-view the location of Cleopatra's palace and other mysteries in Alexandria. The second was my research into the Pharos Lighthosue, specifically some early sources stating that there were diabolical traps under the foundation that protected a great treasure - possibly the lost hoard of Alexander the Great. The idea to synthesize these two elements led to this novel - and the sequels, the first of which concerns the search for Genghis Khan's lost tomb... --This text refers to the mass_market edition.

Driven by visions of his dead father, Professor Caleb Crowe reluctantly joins the Morpheus Initiative, a team of remote-viewing archaeologists determined to locate the remains of the seventh Wonder of the Ancient World - The Pharos Lighthouse - beneath which the legendary treasure of Alexander the Great is rumored to be hidden.

Crowe's quest spans two thousand years of visionary history that connects the ashes of Herculaneum and the lost Library of Alexandria with a secret government program and an ancient society called The Keepers.

To discover a threshold guarded by deadly traps and forgotten prophecies is one thing, but facing the truth about himself is something else altogether. --This text refers to the mass_market edition.

David Sakmyster is the award-winning author of more than twenty short stories and several novels, including the Foreword Reviews' Book of the Year Finalist, SILVER AND GOLD. He resides in Upstate New York, and is currently working on a screenplay and several other novels. THE PHAROS OBJECTIVE is part one in THE MORPHEUS INITIATIVE, a series about psychic archaeologists hunting for mystical treasures and solving historical mysteries. --This text refers to the mass_market edition.

Suspense Magazine calls this supernatural thriller: "Beyond unusual, this is one book  that is so original, readers will not want to skip even one word. Trust in this; after reading "Blindspots," vamps and werewolves will be about as scary as a Saturday morning cartoon! Bravo!"
The NovelBlog described Blindspots as "...such a breath of fresh air in the preconceived idea of a successful thriller. At no point did I skip ahead, or lay the book aside for later. They story was original (which is rare to say the least), powerful and with a clever spin on what we all think of as supernatural these days (vampires and werewolves). Blindspots is the perfect thriller to take you on a nail-biting journey that actually makes you think...what if?    -- The NOVELBLOG 11/25/2012
--This text refers to an alternate kindle_edition edition.
Read more