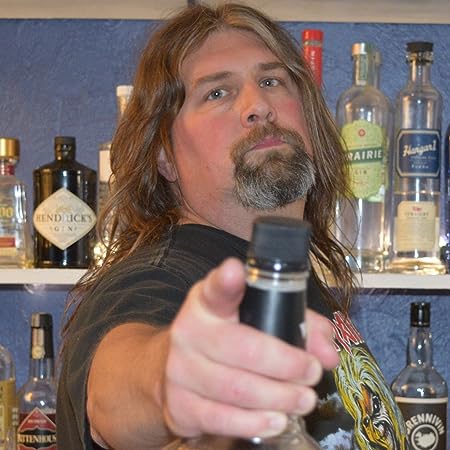 Phil Bowyer was born in the small town of Thornton, Illinois where he grew up in a house that is rumored to be a speakeasy during prohibition.

At the age of fourteen, Phil joined the town’s volunteer fire department beginning a decade-long career as a firefighter/EMT. It was during his time as an instructor in the fire academy that the early concepts of Phil’s “Rule Breaking” Philosophy began to form.

In 2004 Phil began testing his Rule Breaking philosophy when he launched Phibble with his wife Kate. Two years later Phil released his first podcast episode which quickly grew to a network of six shows hosted from three continents.

The biggest test for Rule Breaking came in 2006 when Phibble produced a short horror film as a way to release a soundtrack to promote several bands the company was working with at the time. Even with unforeseen challenges and setbacks, the film released on time with zero budget.

In 2009 Phil released his first book, “Social Media Strategies”, followed by “Coloring Outside The Lines in 2014, both earning stellar reviews from readers.

Since then, Phil has written, produced and directed several more podcasts - including “Rule Breaking Ideas” (2015) the horror fiction show “The Attic” (2017) and the supernatural thriller “A Walk In Darkness” (2019).

Phil is currently writing the successor to “Social Media Strategies” and a book on how to create a successful podcast. Phil is also developing several new podcasts including a comedy series. 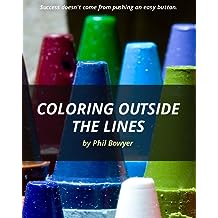 I ask the tough questions that will help you identify your true passion, identify and kill problems and finally create habits that keep you on the right track. If you are looking for an easy button this book isn't it.

Success doesn't come from pushing an easy button but rather from having a deep understanding of how you personally operate, the individual needs of your business and it's customers.

Introduction
Do You Have What It Takes To Color Outside The Lines?

Part I – Passion
Chapter One: Passion Trumps All
Chapter Two: Living Your Passion

Part II – The Brutal Truth: What Would You Say You Do Here?
Chapter Three: Who Are You? Really, Who The Hell Are You?
Chapter Four: Oh God It Hurts!

Part III – The Brutal Truth: How Bad Do You Want It?
Chapter Five: Get Out From Under The Covers
Chapter Six: Making The Lizard Brain Your Bitch
Chapter Seven: Quit Stalling And Make It Happen

Part IV – Getting Shit Done
Chapter Eight: Busy Versus Productive
Chapter Nine: You Can't Do It Alone
Chapter Ten: How The Hell Do I Do That Again?

Part V – Moving The Needle
Chapter Eleven: Failing Failure That Fails
Chapter Twelve: Are You Successful? Would You Know It If You Were?

Epilogue
A Story To Tie It All Together 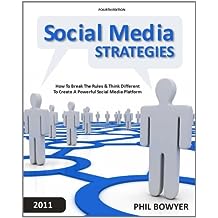 Social Media Strategies - How To Break The Rules & Think Different To Create A Powerful Social Media Platform May 31, 2011
by Phil Bowyer
( 10 )
$0.99
Social Media Strategies is not like other social media books. If you are looking for a book to tell you to go get a blog, or create a
Facebook Page, this isn't it. It's about breaking a few rules, thinking differently, and creating a social media platform that will work for you.

This book will show you everything you need, with exercises at the end of each section, which when put together, will create a personalized social
media strategy that you can use right away.