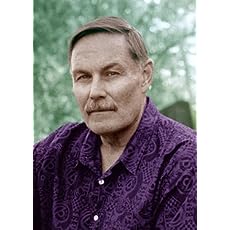 Born in the Midwest, not more than a few miles upriver from Hannibal, MO, Philip Garrison has lived and taught in the Pacific Northwest since 1967. He has taken degrees from the University of Missouri and the University of Iowa. His diverse academic interests range from hillbillies to Homer to Cervantes to contemporary Chicano Literature. While teaching at Central Washington University, Garrison divided his time between the main campus in Ellensburg, WA, and branch campuses in Mexico, at Guadalajara, Jalisco and Morelia, Michoacán. Recently, his book Because I Don't Have Wings was translated into Spanish and published by the Cultural Secretariat of Michoacán. Now semi-retired, he currently directs the APOYO food and clothing bank, which he founded in 1995, with several members of the mexicano community.
Read more 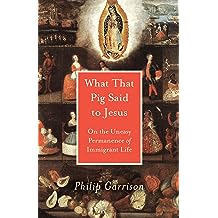 Philip Garrison says his book of essays is “in praise of mixed feelings,” particularly the mixed feelings he and his neighbors have toward the places they came from. His neighborhood is the Columbia Plateau, one of many North American nodes of immigration. Following a meandering, though purposeful trail, Garrison catches hillbillies and newer Mexican arrivals in ambiguous, wary encounters on a set four hundred years in the making, built on a foundation of Native American displacement. Garrison is the product of the earlier surge of new arrivals: from the 1930s to the 1970s, those he calls hillbillies left such mid-nation states as Arkansas, Missouri, Oklahoma, Kansas, and the Dakotas for the West. The more recent wave, from 1990 to 2010, came mostly from the central plateau of Mexico. These are folks with whom Garrison communes in multiple ways. Anecdotes from sources as varied as pioneer diaries, railroad promotions, family Bibles, Wikipedia, and local gossip “portray the region's immigration as a kind of identity makeover, one that takes the form first of breakdown, then of reassembly, and finally of renewal.” Garrison’s mix of slangy memoir and anthropological field notes shines light on the human condition in today’s West. 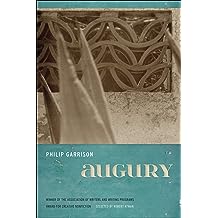 Augury (Association of Writers and Writing Programs Award for Creative Nonfiction Ser. Book 3) Sep 15, 2014
by Philip Garrison
( 1 )
$13.02
Set primarily in Mexico and the American Northwest, yet equally at home with Achilleus on the Trojan plains or with Walt Whitman in his New Jersey home, these fifteen essays pass back and forth across international boundaries as easily as they cross the more fluid lines separating past and present. Part biography, part history, Augury is also something of a writer’s journal, a guide to Garrison’s imaginative journeys.
Read more
Other Formats: Hardcover , Paperback