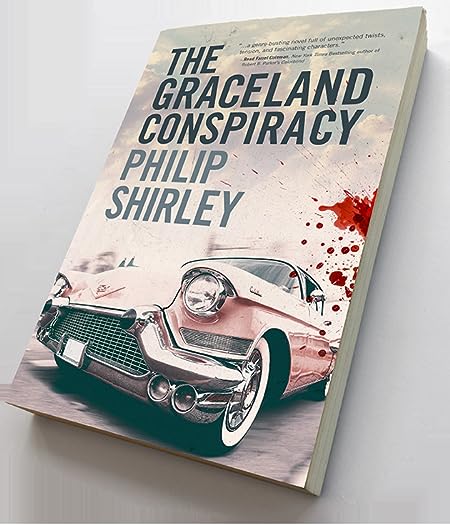 Philip Shirley's latest novel THE GRACELAND CONSPIRACY has been called by critics "preposterously entertaining," and "crazy good fun." A review in Mississippi Libraries Journal said, "I highly recommend this novel to Elvis fans, but more specifically to public libraries or any libraries with Mississippi fiction writers’ collections."

He has published more than 100 works, including two mystery/thriller novels, a collection of short literary fiction, two books of poetry, and a cultural history of professional baseball and its relationship to Louisville Slugger bats. His collection of short stories titled OH DON'T YOU CRY FOR ME was a finalist for the Jefferson Prize.

Philip has received dozens of awards for his writing, including awards for fiction, speech writing, poetry and feature writing. The most recent novel and a previous action thriller titled THE WHITE LIE were released by Mindbridge Press of Florence, Alabama. Philip was born in Alabama, lived in Texas and Florida, and currently splits time between homes on Dauphin Island, Alabama and on Barnett Reservoir in Mississippi. He is currently working on a new mystery/thriller. 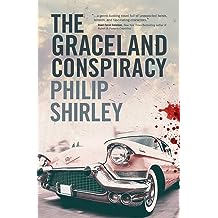 The Graceland Conspiracy Jun 3, 2019
by Philip Shirley
( 37 )
$14.99
The Graceland Conspiracy delivers a coming-of-age story wrapped in a crime thriller. A rebellious young man becomes caught in a 1990s conspiracy in which the government will stop at nothing to prevent the release of sensitive information about a 1970s crime that could still bring down many powerful government figures and rewrite American pop-culture history. Matt Boykin had left Birmingham as a young college student and had gained seven years of street savvy working blue collar jobs on the West Coast and Texas. Then one night, a stranger in a suit helps Matt out of a tight spot in a Texas bar fight and whisks Matt away. The stranger hands Matt a card and tells him to call home where Matt’s father is in a coma and near death. Estranged all those years from family and friends, Matt arrives home a different person. His father dies soon after Matt’s return, but not before whispering clues for Matt to locate evidence that will later reveal the truth behind the death of an American music icon. Matt must search for this truth to save his own life, and his flight from those who would kill him lead him from Alabama to Texas to Mexico City to Munich and finally to Venice.
Read more
Other Formats: Paperback 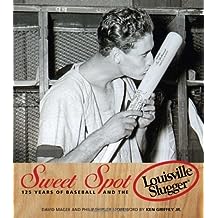 Sweet Spot: 125 Years of Baseball and the Louisville Slugger May 1, 2009
by David Magee, Philip Shirley, Ken Griffey, Jr.
( 10 )
$13.99
Away from the game and the players for which it was crafted, the baseball bat is a sleek but humble creation. Yet in the hands of batters both young and old who have been stepping to the plate on diamonds around the world for more than a century, the bat is a powerful tool, capable of yielding lasting memories or making legends of a lifetime. And no bat has had more impact on baseball and the players of the game than Louisville Slugger, the tool of the trade used by millions-from the major leagues to college and youth leagues. In accordance with Louisville Slugger's 125th anniversary, the complete history of the bat, its impact on the game, and the ongoing story of Hillerich and Bradsby's family business is told in these pages. Blending firsthand stories from former and current major leaguers with details from more than 100 years of craftsmanship and contribution, this comprehensive history of baseball's bat and its impact on America's game is a must-have and must-read for anyone who has ever stood at the plate waiting on a pitch-or watched as a fan-hoping for a miracle.
Read more
Other Formats: Hardcover 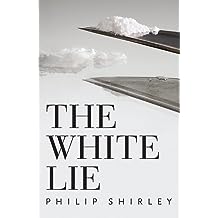 The White Lie Jul 1, 2014
by Philip Shirley
( 41 )
$9.99
Advertising executive Peter Brantley is carjacked at gunpoint when a drug bust goes bad at a bus station near where he is stopped at a traffic light. After the carjacker instructs Peter to drive to a deserted, rural area, Peter knows he will be murdered as a witness, so he intentionally crashes his car and leaves the unconscious criminal at the scene. But Peter keeps the gym bag of cocaine left in his car. With a marriage on the rocks and depressed over his brother's death from a drug overdose, Peter back home comes up with a wild scheme to get even with the drug dealers by ransoming back the drug, but with no intention to deliver. He enlists his skeptical but capable wife, Mary Beth, to help him go against the odds to face a ruthless drug kingpin and a drug task force leader who are both closing in.
Read more
Other Formats: Paperback