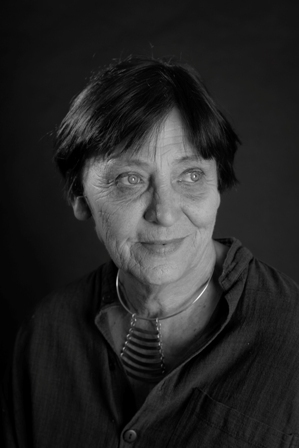 Biography- Philippa Rees.Involution-An Odyssey was nominated runner-up Book of the Year( 2013) by the Scientific and Medical Network. A Shadow in Yucatan was also short listed for the Quagga Prize. Four of her short stories have been shortlisted for Narrative Magazine's seasonal competitions in a single year (2014/15)

The lives distilled in the work of Philippa have been as manifold as the proverbial cat. But all have fed into the mix. Born in South Africa to a family on both sides of the Boer war divide (half fighting the other half) her childhood was equally extreme. As an only child of a single mother she was imprisoned in harsh boarding schools, but holidays were spent on her horse riding the mountains of Lesotho, or on safaris with a beloved grandfather inspecting African schools in the remotest areas of Botswana, shooting for the pot and camping under the stars.

In the background of solitary African existence there were always books, and a family that valued them: Her grandmother was a Barrett, related to Elizabeth Barrett Browning, and her great great aunt corresponded with George Eliot, whose step sons she befriended in tragic circumstances. So writing and literature were the ways to make sense of experience.

Choices were always difficult because everything was equally interesting: university involved sampling five faculties before deciding on zoology and psychology. Early marriage to a marine biologist took her to an island off the Mozambique coast, scavenging on the mud flats for abundant sea food, but post only by occasional fishing boat. Her first book 'Dryads and Drinking Water' was set in Mozambique at the start of the civil war. Later life took her first to Florida and then to the Max Planck Institute in Bavaria where she lived in an eleventh century saw mill on the banks of a lake with an unrepentant Nazi landlady, while her husband worked with Konrad Lorenz and the exciting school of animal behaviour that surrounded him.

Following some profound spiritual experiences Philippa divorced and came to England with two small daughters, where she converted some barns as a music centre, and taught courses on 'Saints and Scientists' at Bristol University. But writing always came first, and none of it slotted into a Dewey Index easily. Her poetic novella 'A Shadow in Yucatan' is an evocation of the atmosphere of the sixties, set in Florida. A new 'magnum opus', a poetic history of Western thought, 'Involution' is due to be published in March 2013. After that she hopes to publish her short stories revealing the gulf between New and Old World attitudes and a novel based upon her personal experiences. She has four daughters and lives in Somerset.

New posts will appear on the Author Page within 24 hours of posting. Learn More

Share your upcoming speaking engagements, bookstore appearances, and other events.

Cut and paste the text below to share your Author Page: 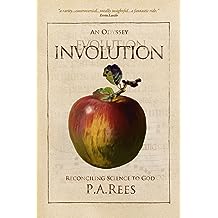 Involution: An Odyssey Reconciling Science to God Jun 12, 2013
by Philippa Rees
( 12 )
$7.99
This book has been called ‘…a brilliant and profoundly erudite epic…a heroic intellectual tour de force…’ (by David Lorimer, the Director of the Scientific and Medical Network) and both ‘brave…and totally insightful' (by Ervin Laszlo) but the book defies description; it breaks all the rules and is unlike any other. It is so comprehensive in its sweep, original in its writing, and its synthesis, that to isolate any aspect is to misrepresent all the others.

Two characters, Reason and Soul, undertake a light-hearted poetic journey through the chronology of Western scientific thought to expose a bold hypothesis— that science has been guided by the gradual and accelerating recovery of memory. That recovery has been through the inspired maverick genius and it moves backwards through time; from man’s emergence, (at one with the natural world), through the increasingly separate disciplines to the holistic origins; the birth of stars and the start of time. This incremental excavation and transfer of memory to intellect implies the pre-human encoding of consciousness in the very structure of matter, and all organic life.

It is the sweep of history that exposes this reversal of time: It requires all the disciplines of science, all the epochs of thought, and only poetic economy could convey this accompanying purposeful complement to the Darwinian random and accidental. It is the wood and not the trees that the work surveys from the height of a poetic balloon. Yet, paradoxically, the collective journey has been lit by individuals, unique in their contributions to the field that claims only ‘objective’ repeatable and validated truth. The same pattern is mirrored in the history of painting and the structure of musical composition. Genius differs only in the languages of expression.

In nine Cantos the two companions travel through pre-human involution, and early man’s emergence on the Serengeti to the recorded civilisations of Greece, Rome, the Dark Ages, the Renaissance, into the Enlightenment and finally Modernism when the success of science completely obscures half of the story, the story of involution. Science’s external domination has reproduced the web of consciousness in the internet, and its tools are the bones of its journey, but the life of the spirit has withered through science’s insistence on objectivity, and its neglect of its own subjective origins. Mystical experience is perhaps the most attested and agreed upon encounter, across climes and times, differing only in the words chosen to clothe it.

But there is more to it than merely science; for science is a language through which to follow a deeper journey, Man’s collective journey inwards, to the nature of himself: which is why the scientific signposts are appropriately confined to end-notes to leave the poetic journey un-encumbered. They take no scientific knowledge for granted: they are not essential to the poetic narrative but instead caulk the ship of science in which we travel.

The scientific serpent of DNA, the most likely candidate for memory, ends with a soliloquy, an invitation to re-acquaintance with love, for episodes of love through contemplation and self-forgetting has informed science all along.

The work restores the spiritual, and finds it within the process of mystical science. The perennial philosophy is newly validated in twentieth century language.

By adding involution to evolution, mind and matter become two sides of a single coin, only perceived as distinct through the collective intellect’s division from its deeper self, from consciousness, from experience, from rapture and understanding. The co creation of God and the universe is what this book restores and is about.
Read more
Other Formats: Paperback 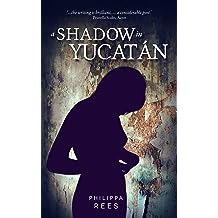 An American ‘Under Milkwood’, this distilled novel of the Sixties evokes the sounds, music and optimism on the free-wheelin streets and parks of Coconut Grove. You can hear Bob Dylan still strumming acoustic; smoke a joint with Fred Neil; and 'Everybody’s Talkin' is carried on the wind.

Stephanie, a young hairdresser living in lodgings finds herself pregnant. Refused help from her hard Catholic mother in New York, unable to abort her baby, she accepts the kindness of Miriam, her Jewish landlady, whose own barren life spills into compassionate assistance for the daughter she never had.

The poignancy of its ending, its generosity and acceptance, echoes the bitter disappointment of those of us who hoped for so much more, but who remember its joy, and its promise, as though untarnished by time.
Read more
Other Formats: Kindle , Paperback