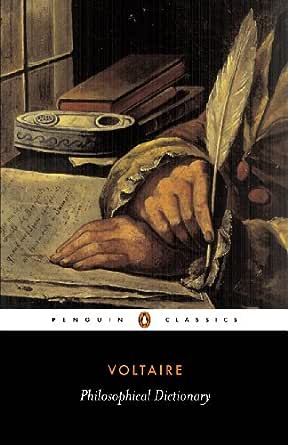 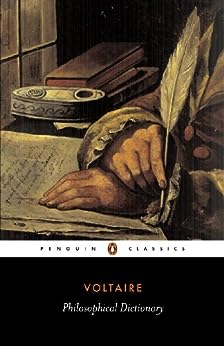 Voltaire (Francois-Marie Arouet) (1694--1778) was one of the key thinkers of the European Enlightenment. Of his many works, "Candide" remains the most popular.
Peter Constantine was awarded the 1998 PEN Translation Award for "Six Early Stories "by Thomas Mann and the 1999 National Translation Award for "The Undiscovered Chekhov: Forty-three New Stories." Widely acclaimed for his recent translation of the complete works of Isaac Babel, he also translated Gogol's "Taras Bulba" and Tolstoy's "The Cossacks "for the Modern Library. His translations of fiction and poetry have appeared in many publications, including "The New Yorker, Harper's," and "Paris Review. "He lives in New York City. --This text refers to an alternate kindle_edition edition.

4.2 out of 5 stars
4.2 out of 5
52 global ratings
How are ratings calculated?
To calculate the overall star rating and percentage breakdown by star, we don’t use a simple average. Instead, our system considers things like how recent a review is and if the reviewer bought the item on Amazon. It also analyzes reviews to verify trustworthiness.
Top reviews

Fezziwig
3.0 out of 5 stars A Fascinating Collection of Essays (Just not this edition!)
Reviewed in the United States on March 16, 2015
Verified Purchase
Voltaire (born November 22, 1694 and named François-Marie Arouet) published this book in 1764. This edition includes a brief “Chronology” or timeline of events in Voltaire’s life, an introduction by the translator and editor, and footnotes added by the translator. (Voltaire’s original footnotes are included as translated by Besterman.)

I found this translation to be easily readable. I especially appreciated Besterman’s many footnotes that provide historical context to Voltaire’s observations, such as that in the entry “Chinese catechism,” which informs the reader that European knowledge of the far east was “scanty and inaccurate” in Voltaire’s lifetime. Also, Besterman, via his own footnotes, reminds us at various points that Voltaire’s words should not be taken too literally. He is often speaking in an ironic, and sometimes, sarcastic sense. Many entries end with an attribution of the entry to some other author. For example, the entry “Abraham” is attributed to one Nicolas Fréret. Besterman informs us that this was “merely part of Voltaire’s prudential campaign of pretense that the Dictionnaire philosophique was a collective work.” (p. 20) It was prudent for Voltaire to distance himself from some of his more controversial opinions because he could be arrested, tortured, and killed if he offended either the church or the crown.

This is a book that can be read in any order you wish. Pick it up, open to a random page, and pick the first topic that appears. Start reading. Skip entries that do not interest you. I, of course, being a little obsessed with order, felt compelled to read the dictionary from beginning to end. Every entry was fascinating. But I found the entry “Fanaticism” to be almost chilling in its relevance to today’s events. Voltaire writes there, “How can you answer a man who tells you that he would rather obey god than men, and who is therefore sure to deserve heaven in cutting your throat?” (p. 203) One thinks of the fanatics that call themselves the Islamic State. But if you leave off the part about cutting throats, it could also apply to certain American politicians.

I don’t think Voltaire felt any obligation to cover every aspect of philosophy in his dictionary. I found no entries for scholasticism or stoicism, for example. I think he just wrote a brief essay on any topic that sparked his interest and then filed it away for later inclusion in his dictionary. So, Philosophical Dictionary is really a collection of essays arranged in alphabetical order by topic. The lengths of these essays range from a few paragraphs to twenty-five pages.

The majority of the topics concern religion: Abraham, Angel, Atheism, Baptism, Christianity (one of the longest essays), Soul, Transubstantiation, etc. In his topics on biblical events, Voltaire’s first question is did the alleged event occur? Of course, even posing such a question about sacred scripture in print in 18th century France could get a writer in deep trouble. The Dictionary ended up on the Vatican’s Index of Forbidden Books.
This particular paperback edition is cheaply printed. In some words, for example, the loop in lower case letter “e” is filled in so that it looks like a “c”. The same blotting affects the loop in the lower case “a”. Superscripted numerals (for footnotes) sometimes look like little blots of ink. Only context allows you to deduce what number was intended. The poor print was not a serious obstacle to reading, but it makes for an ugly typeface.

Jeffrey Van Wagoner
VINE VOICE
4.0 out of 5 stars Random set of musings by Voltaire
Reviewed in the United States on January 6, 2011
Verified Purchase
I have just finished reading Durant's history of Voltaire and decided that I wanted to read more of his actual writings. I have previously read Candide and some of his letters and really appreciated the biting satire.

This version is actually a condensed version of over 300 pages. I found a copy of the original in 6 volumes at over 300 pages each. This work is a `dictionary' arranged in alphabetical order. The subjects he chooses are seemingly random and include such things as `beauty', `corn', `envy', `Joan of Arc', and almost any other thing you can think of.

I found many of the articles to be dated and not very `philosophical', but many others were fascinating. I enjoyed his views on the soul, atheism, and free-will. They were clearly philosophical and were probably considered radical at the time. Many of his radical views are now considered mainstream, but some are still bound to offend. His satire was not as biting as some of his other works, but it still probably caused offence to many of his contemporaries.

I was somewhat disappointed that this was a condensed version, but I still appreciated the opportunity to read more from Voltaire in a Kindle freebie.
Read more
18 people found this helpful
Helpful
Comment Report abuse

Hekkenschütze
4.0 out of 5 stars Quite Nice
Reviewed in the United States on June 18, 2009
Verified Purchase
I enjoyed Voltaire all throughout college and vowed to read more of his works after I graduated college and could once again read materials that I wanted to read.

I was almost turned off and put the book away after reading so much anti-semitic writings. Then, I took it with a grain of salt, understood that Voltaire was no different from his fellow man on the matter (in the 1700s) so I just kept reading.

I am glad that I did for his attacks rolled away from the Jews to many more subjects. A delightful read with a tinge of missogyny, deism, anti-semitism and of course a few old and outdated ideas like these.

miguel casillas
5.0 out of 5 stars Voltaire was inspired by Locke.
Reviewed in the United States on March 1, 2019
Verified Purchase
It's interesting to read the thoughts of revolutionary historic figures.
Read more
Helpful
Comment Report abuse

Luis Mansilla
4.0 out of 5 stars I really enjoyed his reflections over religion ...
Reviewed in the United States on February 22, 2006
Verified Purchase
I purchased this book because I wanted to know more about this great writer of the 18th century. This book is full of history, you learn lots of stuff about religion and the origin of some words and, of course, you always find his particular humor.

I really enjoyed his reflections over religion and undoubtedly, this is a good book to read and grow in knowledge.
Read more
4 people found this helpful
Helpful
Comment Report abuse

Amazon Customer
1.0 out of 5 stars The cover looks like it was made by a 8 yr old.
Reviewed in the United States on August 8, 2019
Verified Purchase
You can actually see the pixels from the stretched picture, really low quality.
Read more
Helpful
Comment Report abuse

Pete in Spokane
2.0 out of 5 stars Voltaire Dictionary -- liberally edited
Reviewed in the United States on August 21, 2011
Verified Purchase
While I, too, enjoyed getting a Kindle freebie, this bears little resemblance to the original (I am fortunate to have a first English edition from 1765). I was hoping to have a Kindle version much like the printed copy, but found that many of his more enjoyable and interesting topics (especially religious) were omitted by your editors including Abraham, Angel, Baptism, Beasts, Body, Chinese and Japanese Catachism, Christianity -- the list goes on and on. Why such a different version might have been explained with your translator/transcriber notes in the Kindle version.
Read more
13 people found this helpful
Helpful
Comment Report abuse
See all reviews

Nick
1.0 out of 5 stars Not the Penguin/Besterman translation!
Reviewed in the United Kingdom on March 26, 2012
Verified Purchase
It is good to be able get this version free of charge, but be warned: it is NOT the Penguin Classics translation by Theodore Besterman, presumably because his text is still in copyright. This (anonymous) version is presumably in the public domain, which would explain why it feels dated and old-fashioned. Also as a translation it is not very idiomatic. In the entry "Adultery", for instance, the magistrate leaves his wife "without noise" whereas a more idiomatic rendering would be "discreetly", "quietly", "without fuss", "without going public" or "without causing a scandal". Elsewhere the word "piece" is used where "stage play" would be more idiomatic. And so on. Besterman (a leading Voltaire scholar) does not translate Voltaire so literally and so gets much closer to the spirit of the original. If anything, the Kindle version reminds me of those "cribs" we used at school as we wrestled with the Greek and Latin classics. As literal renderings they did the job, but they were often (unintentionally) funny.
Read more
One person found this helpful
Report abuse

G W
5.0 out of 5 stars Before you read this book...
Reviewed in the United Kingdom on January 11, 2011
Verified Purchase
I write for those who arrive here by a serendipitous route... I came to Voltaire through an interest in the life and works of Emily du Châtelet. (My interest in her was aroused by the book E=mc^2 by Daniel Bodanis.) Before reading Voltaire's Philosophical Dictionary I recommend that you at least read "Voltaire" by Derek Parker and "Voltaire in Exile:..." by Ian Davidson, so that you have a better understanding of the man and his era.

I have given the book a five star rating but that is simply a reflection of the enjoyment I have from perusing it with the prior knowledge I have gleaned about the man and his times, rather than a comment on the translation or the work itself.
Read more
4 people found this helpful
Report abuse
See all reviews