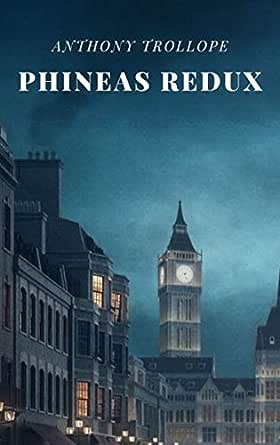 You've subscribed to Oxford World's Classics! We will preorder your items within 24 hours of when they become available. When new books are released, we'll charge your default payment method for the lowest price available during the pre-order period.
Update your device or payment method, cancel individual pre-orders or your subscription at
Your Memberships & Subscriptions
There was an error. We were unable to process your subscription due to an error. Please refresh and try again. 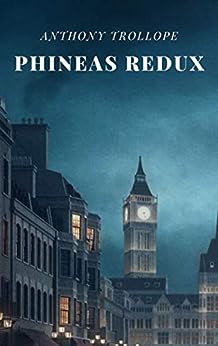 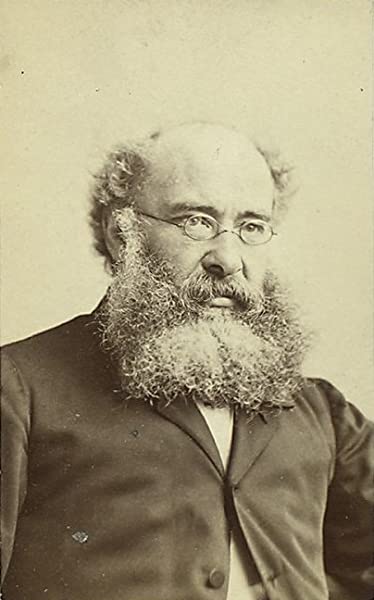 Novel by Anthony Trollope, first published serially from July 1873 to January 1874 and in two volumes in 1874. It is a sequel to Phineas Finn and the fourth of the PALLISER NOVELS. The narrative begins after Finn's wife, Mary, has died in childbirth. He resumes his political career and again becomes romantically involved with Lady Laura Standish (now Kennedy) and Madame Marie Max Goesler, whom he eventually marries. An ethical and kind man, Finn is falsely accused of the murder of a rival politician. Eventually acquitted, he leaves political life in disgust. -- The Merriam-Webster Encyclopedia of Literature --This text refers to an alternate kindle_edition edition.

Anthony Trollope was one of the most successful, prolific and respected English novelists of the Victorian era. His novels offer commentaries on political, social, gender-related issues and cover the conflicts of his time. --This text refers to an alternate kindle_edition edition.

Kindle Customer
5.0 out of 5 stars Great Book to Cuddle Up With.
Reviewed in the United States on June 21, 2016
Verified Purchase
This is part of the "Palliser" series by Anthony Trollope, but it can be read by itself. It's a wonderful book on many levels. It seems a bit daunting at the beginning, because so much is concerned with the British political situation in the time of Queen Victoria, but his descriptions of the machinery of party politics could have been written today and offer insights into what is going on today. The characters are beautifully drawn, and one gets an education about the role of women that rivals anything found in Jane Austen, to my way of thinking. There are times when you do wish that Trollope's daily writing goal had been a few less words, but this really the perfect book for anyone who wants to spend time in another era that is as contemporary as today.
Read more
4 people found this helpful
Helpful
Comment Report abuse

Gordon R. Flygare
4.0 out of 5 stars Victorian Novels
Reviewed in the United States on November 30, 2018
Verified Purchase
This was part of a course in novels written when there was little competition for casual entertainment and we read it with the knowledge that the wonderful European Culture of the 19th Century will destroy itself in 1915. The class structure that had built up over 500 years was filled with petty concerns of dinners and fox hunting that the technoloy of Maxim's gun would show us how thin the veneer of Empire is when confronted with an opponent that fails to conform to the rules of Polite Society. Give Working Men the Vote and Suddenly We Know that Women are Prime Ministers.
Read more
One person found this helpful
Helpful
Comment Report abuse

Leonard L. Wilson
5.0 out of 5 stars The exciting climax of the Phineas Finn story.
Reviewed in the United States on August 17, 1998
Verified Purchase
First, if you haven't read "Phineas Finn," be sure to read it first. "Phineas Redux" certainly can be enjoyed without knowing the earlier novel, but it would mean so much more if you saw how Phineas's character and his relationships with others have developed from the first.
"Phineas Brought Back" (as the title means) really brings back Phineas Finn with a vengeance. The handsome, sincere young Irishman has always been a favorite with the ladies. In the first novel he was wounded by a jealous rival; in this one he is fired at by another and has his name scandalized in a newspaper. The high point of the novel is his trial for the murder of a political enemy.
Trollope's genius for character development is superb in these 2 novels. Phineas grows from a naive political novice into a highly capable government official, but his conscientiousness keeps him from playing party politics and causes problems with other members of his party. Phineas maintains his total honesty, a trait which frequently is to his detriment in the real world. His reactions to his imprisonment, trial, and acquittal are exactly right, so perfectly true to the character which Trollope has built up through hundreds of pages.
At the end of the novel, Phineas is still Phineas, but he is a much wiser and sadly disillusioned man. However, he receives the reward of a splendid mate, a woman who is truly worthy of him and whom he now has matured enough to appreciate. If only he had married her when she proposed to him in the first novel! But then none of his engrossing problems would have occurred.
This is one of Trollope's most exciting novels, a true page-turner in the trial sequence. As always, every characterization is extremely well done by one of the world's greatest authors.

Cphe
3.0 out of 5 stars Phineas Redux
Reviewed in the United States on July 11, 2016
Verified Purchase
The "weakest" link in The Palliser series to date. The delivery of the story is marred by a lot of repetition from the previous novels, Phineas Finn and The Eustace Diamonds.

However it is the female characters who again take centre stage and shine through. There is the well intentioned Lady Glencora Palliser through to the delightfully notorious Lizzie Eustace, each are scene stealers and the main character Phineas is bland in comparison.

As you can tell, not a favourite in what has been up to now a sterling series that has kept me coming back for more.

David Cady
VINE VOICE
5.0 out of 5 stars The Best
Reviewed in the United States on April 30, 2009
Verified Purchase
So, do I mean the best Trollope or...simply the best novel ever written? Maybe both, although I know that either is a subjective, silly thing to say. So let me just state that "Phineas Redux" has given me more pleasure than most other books I've read, and I read a lot. Firstly, I'm a huge fan of Trollope's; I don't quite understand why the whole world doesn't consider him on par with Dickens and Austen. His plotting, his humor, his political, cultural and psychological insights, his way with the written word: they're all superb, as fine as anything you'll find in all of English literature. Secondly, I'm a huge murder mystery fan -- and lo and behold, a murder mystery makes up the second-half of "Phineas Redux." Add to this splendid mix the continued (mis)adventures of Lizzie Greystock (the vivacious, conniving heroine of "The Eustace Diamonds") and you have an entertaining and suspenseful read with very few equals.
Read more
6 people found this helpful
Helpful
Comment Report abuse

SouthernLady1948
5.0 out of 5 stars Excellent series
Reviewed in the United States on September 26, 2014
Verified Purchase
The fourth in Trollope's series, The Palliser Novels, continues the story of Phineas Finn, a young man of integrity who battles ruthless opponents in Parliament and is tried for the murder of one of his foes. Fascinating view of early nineteenth century British politics and ethics. As always, Trollope's characters are believable and sympathetic, and the journey is very enjoyable.
Read more
One person found this helpful
Helpful
Comment Report abuse

Adrienne Munich
3.0 out of 5 stars Trollope Redux
Reviewed in the United States on February 18, 2016
Verified Purchase
It's only OK. Trollope put in a lot of filler, unless you love the details of fox hunting, you'll skip over a lot. The characters are mostly familiar but they seem cardboard images of their former lively selves. Poor Lizzie Eustace, for instance, is actually boring and the anti-Semitism of Mr. Emilius's portrayal is casuallly mean.
Read more
Helpful
Comment Report abuse

Gnostic View
4.0 out of 5 stars Not as good as Phineas Finn - but vintage Trollope
Reviewed in the United States on March 27, 2015
Verified Purchase
Phineas is an excellent character and deserving of further chronicling. His love life is here further and happily developed, and many loose ends sewn up. A bit too much time spent on rather uninteresting amorous subplots brings it down, but still a good read and great commentary on the age...
Read more
Helpful
Comment Report abuse
See all reviews

douglas
4.0 out of 5 stars Phineas Redux review
Reviewed in the United Kingdom on June 4, 2013
Verified Purchase
Having followed the earlier exploits of Phineas Finn, this a must-read title in the Palliser series.
The book is one of the best in the series having, in addition to the inevitable romantic element, politics, crime and a trial. The overall story has much more cohesion than some of the other Palliser books where there seems to be two or more parallel plots having quite tenuous connections and separate conclusions. Dickens, by contrast always managed to bring his plots together in a neat, if not always happy, conclusion.
Read more
3 people found this helpful
Report abuse

Cassandra
4.0 out of 5 stars Phineas Redux
Reviewed in the United Kingdom on December 5, 2014
Verified Purchase
A must if you have read Phineas Finn and want to know what happened next. His wife's death in childbirth was dealt with rather speedily - it did not seem to affect our hero very much but the rest of the story was pretty good - his arrest for murder, imprisonment and trial left real scars on him. It was more believable than his marriage which we only hear about in retrospect.
Read more
One person found this helpful
Report abuse

Waveney
2.0 out of 5 stars Not in 'good' condition
Reviewed in the United Kingdom on March 16, 2018
Verified Purchase
I have not yet read the book as I had first to repair this paperback. An eighth of an inch slab of pages dropped out as I opened it; several others were loose. The condition was described as 'good' !

John Peters
4.0 out of 5 stars Well Worth Reading
Reviewed in the United Kingdom on March 8, 2015
Verified Purchase
Not quite up to the standard of The Barchester Chronicles but this is an absorbing account of the complexities of the political and legal systems of the time. Phineas Finn is a memorising central character and this is the second novel detailing his career: don't miss the first one: - Phineas Finn!
Read more
One person found this helpful
Report abuse