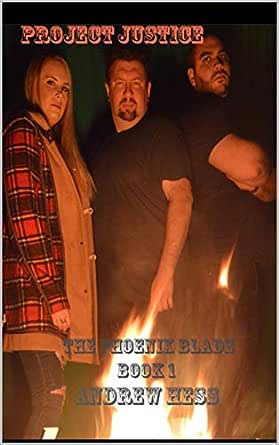 You've subscribed to The Phoenix Blade! We will preorder your items within 24 hours of when they become available. When new books are released, we'll charge your default payment method for the lowest price available during the pre-order period.
Update your device or payment method, cancel individual pre-orders or your subscription at
Your Memberships & Subscriptions
There was an error. We were unable to process your subscription due to an error. Please refresh and try again. 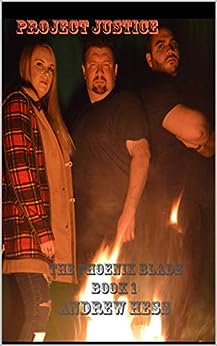 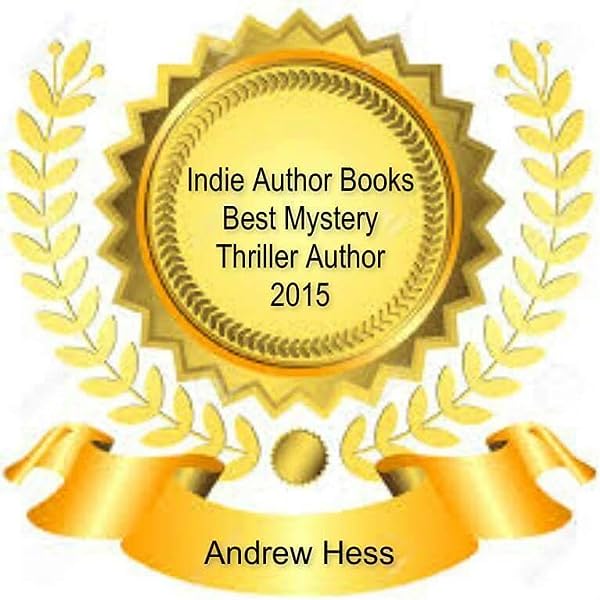 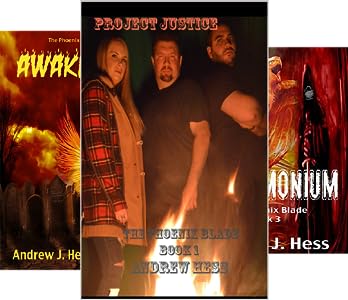 Andrew Hess was born and raised on Long Island, NY. His other two books, The Chamber of Souls, and The Hall of the Forgotten, were set in a unique poetic format; where each poem is a chapter in a story. Now he welcomes his readers to the first book in the Phoenix Blade series, Project Justice. --This text refers to an alternate kindle_edition edition.

Lobofaith
5.0 out of 5 stars Excellent Read!!!
Reviewed in the United States on March 21, 2014
Verified Purchase
If a person likes Suspense mixed with a strong love story and friendship this book is for you. The book kept my attention to the very end. This is definitely a Must Read!!!
Read more
2 people found this helpful
Helpful
Comment Report abuse

MJ
4.0 out of 5 stars Different
Reviewed in the United States on September 22, 2014
The Phoenix Blade: Project Justice by Andrew Hess

After being contacted by someone who calls himself ‘The Benefactor’, Andrew and his friends are left with two choices, Work for him to rid the country of people who do wrong, or go to prison for conspiracy. Feeling they have no choice Andrew and his friends choose to work for the man and become assassins, wouldn’t we all come to that decision?!

Okay so this is a rather strange story and I’m not 100% sure if it’s a dream, written tongue in cheek or a genuine conspiracy theory thriller, either way it was pretty interesting, if a little far fetched and unbelievable! This group of young people were fairly easily swayed into randomly killing people on the say so of the benefactor, sometimes quite gruesomely, just to save themselves from being sent to jail, and surprisingly they were good at it even though they hadn’t been trained.

The ending leaves the reader in no doubt there is a next book, but I was confused and felt a little giddy by this point wondering what on earth I had actually been reading for the last five hours!

Andrew Hess has produced a well written story that gave me lots to ponder on, the plot was intricate and thought out and is a great read for lovers of the genre …. What is the genre??

LadyErynn
4.0 out of 5 stars A new form of Justice!
Reviewed in the United States on June 2, 2015
When your favorite movie is the Boondock Saints, and the government offers you a chance to dispense justice in that style, what else can you say but yes? This is what happened to Andrew "Drew" Lancaster, and all of his dreams of bringing justice to those above the law were about to come true, all thanks to a mysterious man known as the Benefactor. Wary at first, Drew quickly realized that the Benefactor knew about his plans of bringing people to justice, plans that he had only shared with his best friends Mike and Lilly. The Benefactor offered Drew the power he always wanted, and Mike and Lilly were drawn in as part of the team. Soon, the Revolution was born. Drew became the Phoenix, and the team carried out missions all over the United States for the Benefactor. But with each passing mission, their suspicions grew. Who was the Benefactor, anyway? Why was he hosting this Revolution? And why had Drew allowed Lilly to become involved? As the Phoenix learns more about the groups employer, he realizes just how deep in they are. Drew begins plotting to take down the Benefactor and hopes to get Mike and Lilly out of the group alive.

But the Benefactor isn't what he seems.

I really enjoyed the story as a whole. The idea that the government would hire people to carry “justice” to the people is one that I can believe, and that makes this story all the more terrifying. Drew, Mike, and Lilly are rounded characters that grow with each new mission, though not always for the better. We can identify with them, and that endears them to us. On the other hand, the Benefactor is mysterious, powerful and knows exactly what to do to get his way. He exudes deception, and, like the characters, we are hesitant to trust him. The different settings were well-described, letting us know exactly where these events were taking place, and giving us a better view of the picture as a whole. Dialogue was helpful to the story, and the plot seemed to move of its own accord.

That being said, no story is perfect. I found a lot of errors while reading, some of which took away from the action. The good news is that I've been told that the errors have been fixed, and the version I read was an early copy.
Read more
Helpful
Comment Report abuse

Best Seller & Award Winning Author Sandra Shrewsbury
5.0 out of 5 stars Suspense and Mystery
Reviewed in the United States on October 10, 2014
This book starts out in what appears to be a hospital. Andrew is obviously upset and confused then we enter his dream with him. This nightmare is based in fact, though. He is reliving the death of him mother. Was her death really an accident?

When you read it, you’re not sure if it was all a dream or if he was really in a hospital room and given something to put him to sleep. Regardless, You feel like your right there in his dream with him. This book has a’lot of suspense and mystery. It keeps you on the edge of your seat through out the book.

Andrew Hess did a great job at describing every scene and twist of events in an amazing way. As i read i could picture the events in my head which made it so real. I read this book in three days. I have to say it is a must read for all.
Read more
One person found this helpful
Helpful
Comment Report abuse

G.B. Cubb
5.0 out of 5 stars Gripping New Adult Thriller
Reviewed in the United States on August 8, 2014
The Phoenix Blade: Project Justice gives the reader a '007' kind of feel. Since I love James Bond, it was easy to connect with Andrew Hess's characters and situations. Conspiracy stories laced with suspense and mystery are my personal favorite. This book kept me turning pages and made me think. There are few books that I cannot guess the ending --- and this was one of them!

Without giving the story away, here is a bullet list of why I liked The Phoenix Blade Project Justice:
---The Prologue hooks the reader immediately
---Characters are genuine and stay true to their beliefs
---Relationships and friendships are believable
---Great feeling of suspense and drama
---Conspiracy/Thriller with a touch of romance---what's not to love!
---Killings can be a bit brutal, yet Mr. Hess gives the story 'Bond-like' justice
---The Epilogue sets the reader up for Book Two!

Can't wait for the next installment to come out!
Read more
One person found this helpful
Helpful
Comment Report abuse
See all reviews