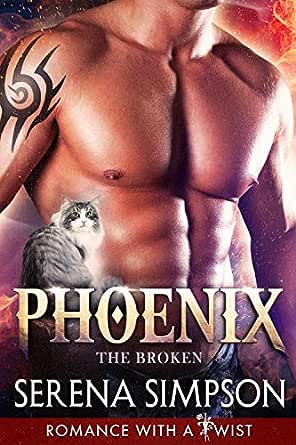 You've subscribed to The Broken! We will preorder your items within 24 hours of when they become available. When new books are released, we'll charge your default payment method for the lowest price available during the pre-order period.
Update your device or payment method, cancel individual pre-orders or your subscription at
Your Memberships & Subscriptions
There was an error. We were unable to process your subscription due to an error. Please refresh and try again. 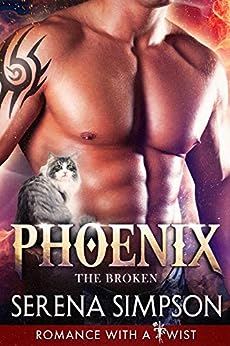 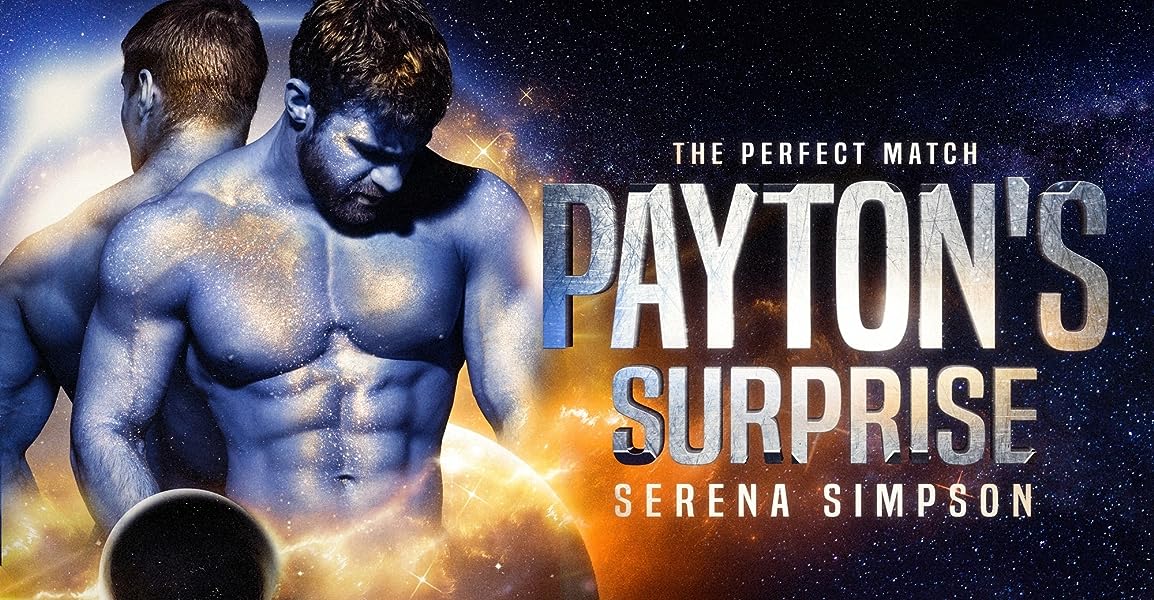 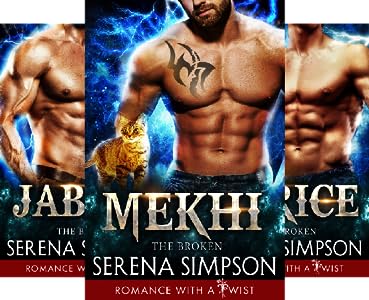 ReadingRainbow
3.0 out of 5 stars Disjointed, confused writing, grammar problems
Reviewed in the United States on July 22, 2020
Verified Purchase
I've said in previous reviews, I want to LOVE this series. I love the premise of the world the author has created. Her writing, the good parts, is engaging and the characters are usually likable. There is a huge world and interwoven storyline she has created and it is overall excellent. but some books, like this one, take a turn and she adds crazy elements that make no sense and don't seem to have a reason to be in the book. The series started out with death or the grim reaper chasing the brothers. That in itself is a great premise: their heroine must choose to essentially give her life to save them and that helps them defeat death and get their HEA. But....in the last few books the author has thrown in plot elements that are not developed, heroines with strange, maybe alien back stories that are not well developed, abuse that is not written in an engaging way, shape shifting cats and hellhounds that really don't even seem to have anything to do with the plot and a regular cat that all of a sudden turns into a child. It's just too much and only slightly addressed. In addition, the element of time travel seems unnecessary and not addressed as well as it should be. There was no reason for the time travel, which leads me to wonder if the author didn't like the future Earth that she created so she went into the past. In addition, in the house the brothers live in, in the basement is a door to other dimensions and a poor girl trapped in a treasure room that they never really addressed again and seemingly she's still stuck down there. A random alien snake at the zoo in the last book was just out of left field and completely irrelevant and unnecessary too. The writing just goes in so many random directions that I think it is impossible the author had a plan before writing. It's almost like a writing exercise that you would later edit. This author clearly does not edit. The grammar is....bad. Very, very, bad. Often I have to reread passages multiple times simply because of the absence of punctuation on poor grammar (there their and they're is a HUGE issue for her, as are commas: they are usually completely absent and when they are added they are added in inappropriate places.) The reason I keep writing reviews and reading is that the series had SUCH potential to be great. I'm disappointed and almost angry that it has gotten so garbled and messy. I was holding out hope for Dante's book, but now I almost hope she doesn't write it. She desperately needs focus and a good editor because her potential is there.
Read more
Helpful
Comment Report abuse

B.Ford
3.0 out of 5 stars Enjoyed
Reviewed in the United States on November 26, 2018
Verified Purchase
Have enjoyed all the series. Looking forward to Slade's story and really would like to read about The Arouk brothers. How about a story about Dante and the other 2 brothers left. There's 6 brothers right? I've read everything out so far. Love the stories.
Read more
Helpful
Comment Report abuse

OR Avid Reader
4.0 out of 5 stars Fires of Craziness
Reviewed in the United States on December 18, 2018
Verified Purchase
Phoenix and Rylee give us a great story. A firestarter and a phoenix, now you there will be trouble and adventure with every turn of the page.
Read more
Helpful
Comment Report abuse

s allred
5.0 out of 5 stars when they join their fire it burns strongest
Reviewed in the United States on September 25, 2018
On the run and in hiding for most of her life from experimenting military types Rylee finally works up their nerves to ask out the hot guy she has been crushing on for a couple of years, and that is when her definition of normal takes a back seat. When his ate asks Pheonix out life for his family once again becomes fraught with danger as he and his family must face danger, not only from the Reaper, but from the people that have been after is mate and an alien snake. (yuk, I'm with Rylee- I Hate Snakes!) Like the rest of the Broken series, this was a good read and though can be read as a standalone, it is best when read along with the rest of the series. No Cheating, No Cliffhangers
I have read and reviewed this as a voluntary ARC.
Read more
Helpful
Comment Report abuse

Megan M.
4.0 out of 5 stars "I promise to love you." "I promise to cherish you. " "I promise to protect you."
Reviewed in the United States on March 9, 2019
Now those three lines definitely had me! Where they come in the book will be up to you to find out, however. Phoenix and Rylee were so good together. And I loved the humor bantered around between the two of them, and then amongst the rest of the characters.
There are some slight editing issues, but I could still follow and enjoy the story. I think that you can as well.
Read more
Helpful
Comment Report abuse

Dmauritzen
5.0 out of 5 stars Amazing most Read !
Reviewed in the United States on September 25, 2018
This book 5 of The Broken series. I think Rylee and Phoenix are great. Book 1 was my favorite but this book is full of adventure and romance with just enough action to keep it lively. A stunning most read for all big in charge alien alpha loves.
Read more
Helpful
Comment Report abuse

Shannon Marks
4.0 out of 5 stars Love the Broken series
Reviewed in the United States on November 6, 2018
Actually love Serena's characters. The women are smart, funny and independent. Love how they put their mates in there place. Also love the sisterhood.
Read more
Helpful
Comment Report abuse

Jo H Lashley
5.0 out of 5 stars Wow
Reviewed in the United States on October 27, 2018
Read this out of order so enjoyed it, the humor and characters interaction appealed so much, now I want to go back and read the others in the series and the other books that the author has written. Again WOW!
Read more
Helpful
Comment Report abuse
See all reviews