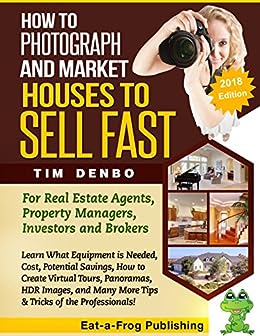 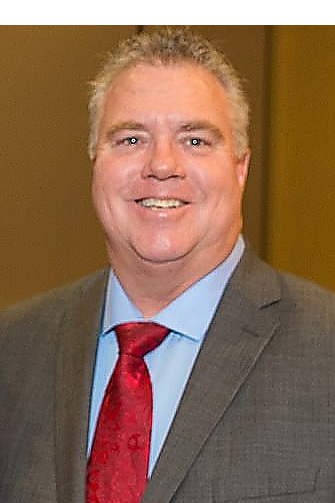 How to Photograph and Market Houses to Sell Fast Kindle Edition

by Timothy Denbo (Author) Format: Kindle Edition
See all formats and editions
Sorry, there was a problem loading this page. Try again.
New 2018 Edition! Learn How to Photograph & Market Properties to Sell & Win Your Next Listing. What Equipment is Needed, Cost, Lighting, Virtual Staging, 3D WalkThrough Home Tours, How to Create Virtual Tours, Panoramas, Videos, and many more Tips & Tricks of the professionals!

This book was written to help real estate professionals that want to “Do-It-Yourself”, and get the full picture from an insider on how to photograph a property, be it commercial, residential or even a vacant lot. This book is also intended as a crash course on marketing 101, an overview of tech tools and tips, and how to market your listings that not only sell fast, but to set you up for your next listing!

Tim Denbo has been a licensed real estate agent in two states, then started his own successful real estate photography business, and ultimately, launched a successful international real estate virtual tour service for real estate agents. As the President/CEO of VirtualTourCafe, Tim gets a lot of questions about how to take great pictures, and how to market properties to sell fast!

Tim has been quoted as saying “a listing is a marketing opportunity, regardless of the market conditions, property condition, or how quickly the home will or will not sell”. So for the purposes of this book, we focus mostly on the real estate agent, virtual assistant, or office photographer interested in learning (just enough) photography and marketing do’s and don’ts to take great pictures and market them to sell quickly!

This book is intended to highlight the specific steps, equipment, and processes to help you market your listings for more exposure, greater visibility, and yes, we hope faster sales, as seen first-hand by someone who has built a career out of sales, marketing, social media, real estate and photography.
Read more
Previous page
Next page

Tim Denbo along with Hannele Rinta-Tuuri are the co-founder, President and CEO of VirtualTourCafe, LLC based in Pleasanton, California. Tim is a best-selling author, professional speaker and occasional auctioneer for charity causes.

Having first been introduced to computers in 1980 before IBM launched their first PC, Tim learned the basics of programming, computer languages and software. Even today, computers play a big role in real estate, photography and marketing, not to mention building an online SaaS business. This unique strength, combined with personal and managerial skills, lead to a successful career in computer sales and technology.

Tim has been named Employee of the Year and trained hundreds of employees across the USA. Having managed national sales teams with multi-million-dollar accounts as Director of Sales and Marketing, Tim has even appeared on QVC as a (sold out) guest host, twice!

In 2008 Tim entered real estate and was licensed in two states with experience in both residential and commercial real estate sales techniques. In 2009, Tim started a local virtual tour business to help other real estate agents market their properties by utilizing the latest technologies and social media to gain distribution.

As an entrepreneur at heart, and a bit of a computer geek, Tim quickly saw a need for a better and easier do-it-yourself virtual tour and marketing solution for real estate agents everywhere. After doing much research, along with a huge investment of time and money, Tim and his significant other, Hannele Rinta-Tuuri, launched VirtualTourCafe, LLC in November 2010 at the NAR Expo in New Orleans.

VirtualTourCafe.com now has thousands of real estate agents, Brokers, Associations and independent photographers with access to this simple and easy online service across the United States and Canada.

As an active and involved Platinum Affiliate, Tim has been named “Affiliate of the Year” for Bay East Association of Realtors and has served on several real estate marketing boards.

More recently Tim and Hannele launched RealEZPhotoFix a division of VirtualTourCafe, as an online service to help real estate professionals turn good photos into great photos and to offer a simple, cost-effective solution to virtual staging.

Tim is a native Californian and has photographed from New York to Florida, and the glaciers of Alaska from a two-seater 1940’s canvas-sided airplane! Tim has traveled and photographed Amsterdam to Nice, Paris and Corsica France, as well as Italy, Cancun, Cozumel, Hawaii and the Chanel Islands. Tim has won photography awards and has had real estate pictures published in several Real Estate magazines, newspapers and guides.

Tim has photographed thousands of homes for real estate agents and Brokers, but most importantly for this book, Tim has successfully created, managed and built an international real estate virtual tour business from scratch, including a network of trained and approved independent photographers, and now wants to share what he has learned with you.

A personal note. If you are a “Friend of Bills”, I have also been a friend for over 32 years, celebrating one day at a time. Let’s make this year the best year ever!

Deede
5.0 out of 5 stars Fantastic resource!
Reviewed in the United States 🇺🇸 on January 13, 2014
Verified Purchase
While I am neither a real estate agent or a professional photographer, I am someone with a condo I would like to rent out. The problem? There are several other units on the same property available for rent. So what I need are some decent photographs that would put my empty unit heads and tails above the competition... it was my hope that “How to Photograph and Market Houses to Sell Fast” would teach me how to do just that. Well, let me just say that not only was I not disappointed, but it exceeded my expectations. Covering everything from equipment to, which parts of a house/unit are the 'money shots' and even a brief mention of the real estate equivalent of SEO in listing a property this book literally has it all. After reading it I not only feel more equipped to list my place, but have already offered to help my grandmother list her house as well.

I cannot recommend “How to Photograph and Market Houses to Sell Fast” enough to do it justice! Such a great resource!
Read more
3 people found this helpful
Helpful
Report abuse

Marilyn Wilson
5.0 out of 5 stars Great way to be the best at property photos!
Reviewed in the United States 🇺🇸 on January 10, 2014
Verified Purchase
This book gave me great, practical advice about how to make the photos of my listings as attractive as they can be. It gave me great tips about staging the home and when and how to take photos to make my properties look amazing! I would highly recommend it for any listing agent that wants to sell a bunch of properties in 2014!
Read more
3 people found this helpful
Helpful
Report abuse

Joe D Sanchez
4.0 out of 5 stars Not too bad but seen better
Reviewed in the United States 🇺🇸 on June 24, 2015
Verified Purchase
Very informative not totally great I prefer How to start your own Real Estate photography business.
Read more
Helpful
Report abuse

RAHAlphaTop Contributor: Photography
2.0 out of 5 stars For a couple bucks, it was ok.
Reviewed in the United States 🇺🇸 on October 28, 2014
Verified Purchase
It was ok. Had a tad of decent advice. If it had cost any more, it would get 1 star.
Read more
One person found this helpful
Helpful
Report abuse

S. Tony
1.0 out of 5 stars This book is useless to me
Reviewed in the United States 🇺🇸 on September 26, 2014
Verified Purchase
Doesn't show any of the camera settings used for the shots, not even one! No ISO settings, no exposure settings, nothing. This book is useless to me.
Read more
One person found this helpful
Helpful
Report abuse
See all reviews