You've subscribed to A Charlie Cooper Mystery! We will preorder your items within 24 hours of when they become available. When new books are released, we'll charge your default payment method for the lowest price available during the pre-order period.
Update your device or payment method, cancel individual pre-orders or your subscription at
Your Memberships & Subscriptions
There was an error. We were unable to process your subscription due to an error. Please refresh and try again. 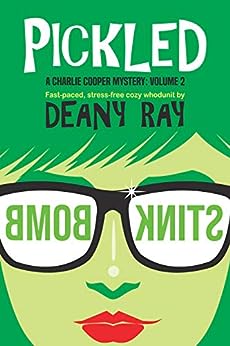 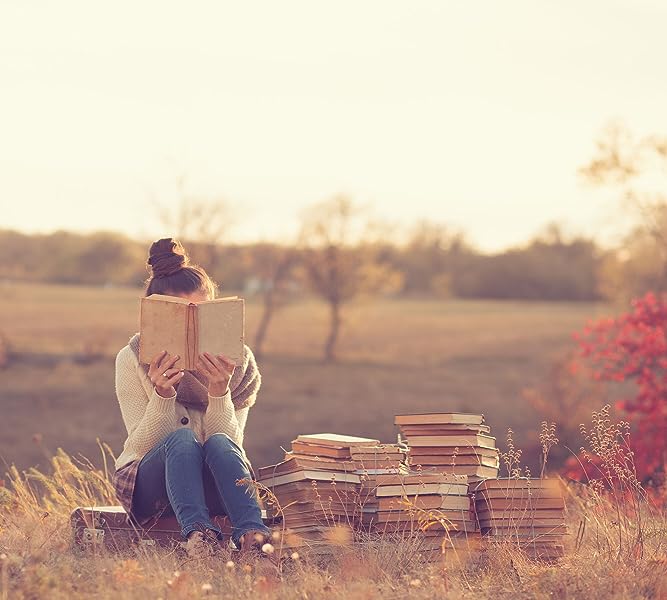 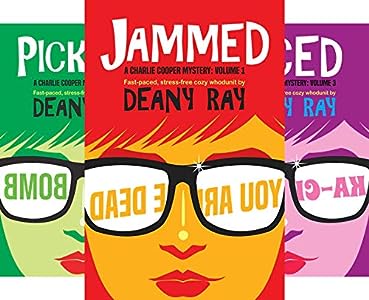 4.2 out of 5 stars
4.2 out of 5
117 global ratings
How are ratings calculated?
To calculate the overall star rating and percentage breakdown by star, we don’t use a simple average. Instead, our system considers things like how recent a review is and if the reviewer bought the item on Amazon. It also analyzes reviews to verify trustworthiness.
Top reviews

Alana
3.0 out of 5 stars Easy read but research needed
Reviewed in the United States on April 1, 2017
Verified Purchase
I enjoyed this book. The hijinks that CMC get into is hilarious and after reading the first book, I had to read this one especially when finding out they were tasked to find a red panda on their first official case.
The only reason I am not giving this a better rating is because of the lack of research involved for red pandas. They are not bears and are more closely related to raccoons and weasels. I winced everytime they were called bears. Even a simple wiki look up can tell you that.
If you can overlook that glaring mistake and not knowing how employment with the post office works (no one gets employee of the month and especially not gifts for it and calling out in your first 30 days is a no no) , it really is a great and easy read.
Read more
15 people found this helpful
Helpful
Report abuse

Tari H.
5.0 out of 5 stars Sometimes it's good to just have a book that makes you laugh over silly things! Loved it
Reviewed in the United States on February 16, 2020
Verified Purchase
I needed a funny book after the book before the last one, so I knew exactly what to do: pick up in the Charlie Cooper series where I left off. The first book was pretty hilarious, and this one didn't disappoint me either. If anything, it might have been even funnier. The scenes with the panda nearly had me cry-laughing! If you haven't read this one, you need to. But, just a little advice would be to read these in order. There were a few things in this book referring to what happened in the first book. And you get the full effect of Mom and Dad Cooper if you read from the beginning. Personally, I love both of them. I think they might embarrass Charlie a little bit, but they definitely mean well and have certainly endeared Marge, Celeste and even Alex.

Sure, there might have been some liberties taken what with calling the red panda a bear (I knew it wasn't when a long tail was mentioned which is why I wanted to look up a picture of it) and the PO having an employee of the month contest, but that was what made it so darn funny, how ridiculous some of the things were. Heck, knowing Brad he might just think he works for the post office when he could actually be working in a company's mail room lol.

There wasn't a murder like I'm used to in this book, but the girls had gotten their first PI gig which of course led into something bigger and more dangerous that Alex had to continually warn them against snooping into. The crooks in this were hysterical! I'll leave it at that, because it might even be a spoiler to tell who/what the situation reminded me of. ;) I had no idea that a red panda didn't look like the typical black and white one, so of course, I had to check online and see that they are pretty stinking cute and look like an adorable cross between a raccoon and a fox. And stinking was definitely a major player with Lou, the panda they were supposed to locate then call for backup assistance. I absolutely can't wait to see what these three crazy, fun girls get into next!
Read more
One person found this helpful
Helpful
Report abuse

Beckett ShionaTop Contributor: Pets
3.0 out of 5 stars Truly, 3 1/2 Stars; Zany, but...
Reviewed in the United States on May 8, 2017
Verified Purchase
A zany book, with a touch of the flavor of Janet Evanovich's novels, without being in any way a rip-off. The characters are all delightfully eccentric and the writing is solid, the editing good. I do wish, though, that the main character would just grow up a bit; after all, she is supposed to be nearly 30 years old. It seems that someone else always has to rescue her, both in the initial book of the series and this current novel. While she evinces more courage and bravery in this second book, I would simply like to see her be the one coming up with the smart plot to save herself and her friends, rather than crying! There are a couple of flaws in research on minor plot points (a red panda is not a bear, in truth, although I can understand why the author would take this verbal shortcut, since many people would refer to the animal that way). Overall, a fun, light, easy read, with this second novel being better than the first, which wasn't bad.
Read more
4 people found this helpful
Helpful
Report abuse

Sand in Her Shoes
3.0 out of 5 stars Written for younger readers?
Reviewed in the United States on April 20, 2017
Verified Purchase
It was amusing in parts, but I cringed every time Marge opened her mouth. These "girls" (I can't use "women") were supposed to be in their late 20's/early 30's. They sounded 12 at best, and sometimes even younger.
Read more
10 people found this helpful
Helpful
Report abuse

Kindle Customer
5.0 out of 5 stars E-Reader. Mystery
Reviewed in the United States on October 10, 2017
Verified Purchase
Charlie Cooper, real name Charlotte.  Worked for Boston Police Department, answering phones & doing filing.  The Chief asked her if she & a couple of  friends would mind moving back to her hometown, Springston to do undercover work.  Mingled with the town to see if they could tell if any narcotics were being sold from there.

Well Charlie & two friends, Marge and Celeste decide to be waitresses at Jim's diner, which her Dad owns.  She's back living at home with parents and younger brother Bert.

They solve the case.  It was right under the police departments nose, their Chief of police was the ring leader.

They decide to stay and work as under cover consultants for the police department.

Their first assignment is to capture an escapaded small red panda bear, Lou.

There is so much more to this mystery you need to read this book.  There are some funny situations they get themselves involved in & some very dangerous situations too.  Enjoy!
Read more
Helpful
Report abuse

Joan
5.0 out of 5 stars Fun book!
Reviewed in the United States on November 3, 2020
Verified Purchase
Deany Rae is one of my favorite authors. I loved this book! The storyline was fantastic! Kept me engrossed for the entire book! Charlie and her friends have opened a private detective business under the guise of computer repair. Their first job was to find the panda that had disappeared from the zoo. This is hilarious! It overlapped finding criminals that were selling fake products! You have to read this to figure out the ending! Lots of craziness, danger and love interests. I would highly recommend this book!
Read more
Helpful
Report abuse

ThomasTop Contributor: Pets
VINE VOICE
5.0 out of 5 stars CMC Investigations rock!!!
Reviewed in the United States on February 27, 2017
Verified Purchase
For their first official job as CMC Investigations, Charlie, Marge, and Celeste are out to find an escaped Red Panda from the zoo. They find the panda but discover the he has a self defense mechanism. A very strong gaseous relief system.
While trying to find the panda they discover a severed finger. After getting the name of the owner of the finger, The group investigates him, encountering an exploding van, and being kidnapped by a counterfeit goods ring.
This is another great tale by Deany Ray. The action is fast paced and will keep the pages turning till the end. I am looking forward to the next release in this series.
Read more
2 people found this helpful
Helpful
Report abuse
See all reviews

Kindle Customer
5.0 out of 5 stars Another good read
Reviewed in the United Kingdom on April 25, 2017
Verified Purchase
Keeping up the good work in Jammed with another great read. Recommended to all who want a light hearted book.
Read more
Report abuse

Toots Sullivan
1.0 out of 5 stars Silly
Reviewed in Australia on June 21, 2017
Verified Purchase
Sorry this book is so unrealistic it has no humour at all just unbelievable sillyness. For example why would you knowingly get in a car with a driver that speeds, swerves across lanes through inattention and brakes suddenly, all while talking shrilly and takes her hands off the wheel regularly. That's just dumb. Not funny at all.
Read more
Report abuse
See all reviews