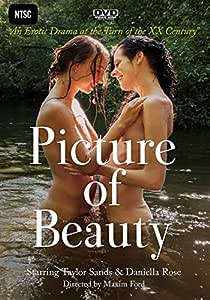 Our story is set in Eastern Europe before the First World War... Stephanie and Julia are close friends in a small village dominated by the church, a naked swim together on a hot summers day ignites passions in both of them. Julia wants to find a romantic prince to rescue her from her unhappy family, Stephanie to experience all life has to offer. When Julia’s father hears of her sexual transgression she is sadistically punished…Beautiful Taylor Sands and Daniella Rosa star in this visually alluring erotic movie with original wonderful melodious music. Spanish, French, Italian, German, Polish, Czech, Russian, and English subtitles....5.1 Dolby Sound

3.9 out of 5 stars
3.9 out of 5
107 global ratings
How are ratings calculated?
To calculate the overall star rating and percentage breakdown by star, we don’t use a simple average. Instead, our system considers things like how recent a review is and if the reviewer bought the item on Amazon. It also analyzes reviews to verify trustworthiness.
Top reviews

Avid reader
TOP 1000 REVIEWER
4.0 out of 5 stars For adults only
Reviewed in the United States on April 8, 2018
Verified Purchase
If you do not have a DVD player that plays all regions, for those in the US, you won't be able to view this DVD, although it may play on your computer. But all region DVD players can be obtained on Amazon for very reasonable prices. Taylor Sands plays roles in adult movies, and this clearly is an adult movie. She is very beautiful, and the story has a great deal of sensuality. It is also quite explicit. There is also quite a bit of humor. The main theme is that this brothel commissions an artist to create an erotic painting that hopefully will encourage their customers to be more willing to part with their money. And this area has its share of prudes.
Read more
22 people found this helpful
Helpful
Report abuse

Charlie Spivey
3.0 out of 5 stars Interesting film and Ok
Reviewed in the United States on January 9, 2019
Verified Purchase
Got the movie and watched it later. The film was interesting. Good period piece and well shot as far as the landscape and stuff went. I wasn't so sure if the story would keep me in it when I bought it, but gave it a shot. I was surprised that it did in fact keep me in it. Not exactly a happy movie and at times, so may find it drab and dark and not just for the lighting either as it does have it's dark moments. Was it worth buying? Maybe. I may watch it again. The casting was good and the direction was good. It does have a bit of Explicitness in it, but the director made sure as to make sure it wasn't so much that it detracted from the film as that wasn't what he intended to center the focus on and didn't. It was a pretty good balance and kept focused on the story. As I said it was a period piece and they went to great lengths to bring out the look and feel of that time. Worth a watch at least.
Read more
7 people found this helpful
Helpful
Report abuse

Chris B.
3.0 out of 5 stars VOYEUR'S MOVIE SINGLE X NOT A TRIPLE X
Reviewed in the United States on January 9, 2019
Verified Purchase
NOT MUCH OF A PLOT, RUSSIA IN THE 1800'S PERHAPS? THE GIRLS WORK AT A BORDELLO AND HIRE AN ARTIST TO PAINT A MONTAGE OF THE GIRLS WHICH LENDS NOTHING TO THE NON EXISTANT PLOT, THE BEST I CAN SAY IS THAT THE COUNTRYSIDE IS BEAUTIFUL, AND THE NAKED OR HALF NAKED GIRLS ARE 10'S BEAUTIFUL, AND THE ONE LESBO SCENE MAKES THE DVD WORTH BUYING.
Read more
8 people found this helpful
Helpful
Report abuse

W. Conroy
1.0 out of 5 stars Good stuff !!
Reviewed in the United States on April 1, 2019
Verified Purchase
So why do I give it a one star? Easy, if you love beautiful young girls in their birthday suit, and who doesn't, this movie is worth the price of admission. BUT that is ALL it has.

As a movie it has the worst acting you will ever see. The dialog, what little there is, is stupid. The directing is poor at best and the editing is on par with the directing. The cinematography is poor in what should be a beautiful setting.

BUT, behind it all is the *WORST*, I mean really bad, soundtrack you have ever heard. This film would be noticeably better if there was NO soundtrack.

Mike K
3.0 out of 5 stars DVD-R
Reviewed in the United States on August 12, 2019
Verified Purchase
There was no indication that this title was on DVD-R media in the product description. I have historically had issues with stability of the AZO dye even when stored under the recommended environmental conditions. I am at least grateful that the label side is silk screened instead of ink jet printed. The manufacturer also used a better quality case so they didn't cut corners on everything.

After browsing the movie, I am pleased that there were no playback problems. This is uncommon for DVD-R discs in my Pioneer player. The playback typically freezes from bad encoding or lower quality burning. Loading on a PC indicated that 4.15 GB of disc space was used (so most of a single layer DVD-R's 4.7 GB capacity). Not exactly a Superbit DVD contender but the video quality was decent.

As for content, this is X-rated material. The sex is real but the camera is not zooming in for close ups. With the exception of a handful of moments, it could pass for softcore. Most of the sex involves Taylor Sands and if X-rated is what you seek, she has an extensive library of better titles to choose from.

I am unable to provide a review of the story but scanning through it reminded me of Sirens. Although I was disappointed with the use of DVD-R media, for the price, it was worthwhile. I like Taylor Sands and she looks incredible throughout the film.
Read more
6 people found this helpful
Helpful
Report abuse

Truth serum
5.0 out of 5 stars Sexy girls having intimate moments, in the beginning of the 20th century
Reviewed in the United States on September 27, 2019
Verified Purchase
this dvd has no story line. Theres little to no talking. I have no idea of the connection between actors. All there is is full frontal close range nudity through whole movie, between two girls. Now this would definitely be for 18 and over adults that can handle it if you're not a total prude and there's no acting there's nothing it's basically just nice scenery the girls don't even look that good but they're skinny the one is so skinny she looks like a guy from the front waist up oh, so if you like to see two girls being intimate this is the movie for you it's more pornos than anyting 😜
Read more
3 people found this helpful
Helpful
Report abuse

Mike in San Diego
4.0 out of 5 stars Nice Movie.
Reviewed in the United States on January 21, 2019
Verified Purchase
The Movie is "Nice" and beautifully filmed. The DVD played well on my Region 1 DVD player and on my computer. I was a little perplexed in that the DVD and it's Boz said "FULL HD 1080" all over it. I wasn't expecting 1080 resolution and it was clearly NOT 1080. It was standard resolution, which was fine, but I wonder why the DVD box and disk claimed otherwise.
Read more
5 people found this helpful
Helpful
Report abuse
See all reviews

Very satisfied customer
1.0 out of 5 stars No beauty
Reviewed in the United Kingdom on August 31, 2019
Verified Purchase
Arrived on time, very poor movie, couldn't understand it from start to finish.
Read more
One person found this helpful
Report abuse

John Foulds
5.0 out of 5 stars Picture of beauty
Reviewed in the United Kingdom on November 11, 2018
Verified Purchase
I enjoyed the dvd.great
Read more
One person found this helpful
Report abuse