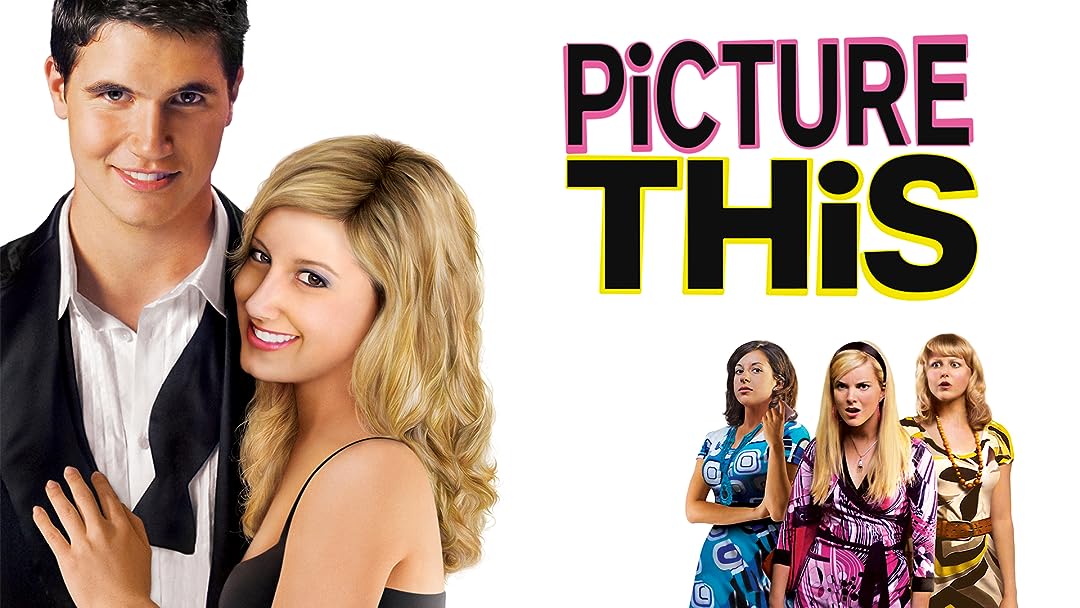 (791)
5.11 h 32 min2008X-RayPG-13
Ashley Tisdale stars as Mandy, an unpopular high school senior who lands a date to the biggest party of the year with Drew, the school's hottest guy. But while her dreams are finally coming into focus, she'll have to battle her over-protective dad and Drew's ex-girlfriend, who's determined to keep Mandy away from the bash.

Jessica B.Reviewed in the United States on January 29, 2019
1.0 out of 5 stars
Too much lying, & witchcraft with no inspiration!
Verified purchase
For this to be a "teen friendly" film, this movie had too many bad examples to portray. And then the students are doing a witchcraft spell conjuring at the party just for a boy. That's demonic (and she even spits up). Beware of this film when it comes to your children watching it. They already deal with enough darkness as it is. Don't let this movie become even more of an evil influence. May God be with those who were in the movie. In Jesus name.
11 people found this helpful

Mostafa HussainiReviewed in the United States on September 12, 2022
3.0 out of 5 stars
Ashley Tisdale as lead actress
Verified purchase
Overall the film is fairly entertaining, I like Ashley Tesdale a lot so I enjoy the film, for those who are not a big fan of Ashley Tisdale I dont think the film has a clear plot and if there was a plot the plot seems not to get resolve anywhere. They say Ashley Tesdale is a peasant sort of a girl in the film and there is two richer higher class girls running around like animals without purpose, and she is not a dady's girl, her dad is not a lovely dad for the starters, he is a strict sort of a dad, its like she is in pain outside dealing with stupid people, and when she comes home the very stern strict dad enforces rules on her, they say to love your girl is to give her privacy and freedom. there is no love in this film. I watched it twice at my home theater, it is not that worthy to watch it the third time, as its not romantic, one thing this film is not, it is not romantic. I recommend it for Ashley Tesdale fanatics, if your not an Ashley Tisdale fanatic dont waste your time as without Ashley Tisdale there is nothing in this film, it is full of stupid people including Ashley Tesdales father is simply stupid. Ashley Tisdale might have always acted and looks like a fantasy girl, it is hard to find a good boy as high of a dignity as Ashley Tisdale to romance her, the kiss at the end of the film doesnt look that good. I didn't see anybody else in this film but Ashley Tisdale at the spotlight. Overall it was a good entertaining film.

EmilyReviewed in the United States on November 18, 2015
3.0 out of 5 stars
"Good movie, but..."
Verified purchase
Yanno, I figured that when I watched this movie on the T.V. that there were some scenes cut out and a better ending. But when I watched it, there are still scenes that don't add up, going from one place to the next without officially going/showing it on the camera. Just all of a sudden poof and then you're there!

However, it was still a good movie line, but I wish it was better acted out, and more something that younger girls could relate too, instead of thinking that lying can solve all your problems.

Sarah McClenaghanReviewed in the United States on August 28, 2021
5.0 out of 5 stars
Cute movie!
Verified purchase
Cute movie - definitely more cheesy and bases it off of some King Arthur references, but it’s meant for more middle/high schoolers. It was enjoyable though!

SteveReviewed in the United States on March 20, 2022
3.0 out of 5 stars
The trailer was the best part.
Verified purchase
Very typical for this genre movie. It was not bad, but not that good either.

Amazon CustomerReviewed in the United States on September 26, 2022
1.0 out of 5 stars
Don't really use it
Verified purchase
Don't use it
See all reviews
Back to top
Get to Know Us
Make Money with Us
Amazon Payment Products
Let Us Help You
EnglishChoose a language for shopping. United StatesChoose a country/region for shopping.
© 1996-2022, Amazon.com, Inc. or its affiliates