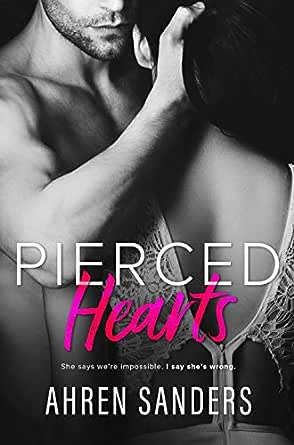 You've subscribed to Southern Charmers! We will preorder your items within 24 hours of when they become available. When new books are released, we'll charge your default payment method for the lowest price available during the pre-order period.
Update your device or payment method, cancel individual pre-orders or your subscription at
Your Memberships & Subscriptions
There was an error. We were unable to process your subscription due to an error. Please refresh and try again. 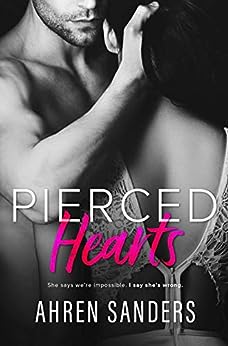 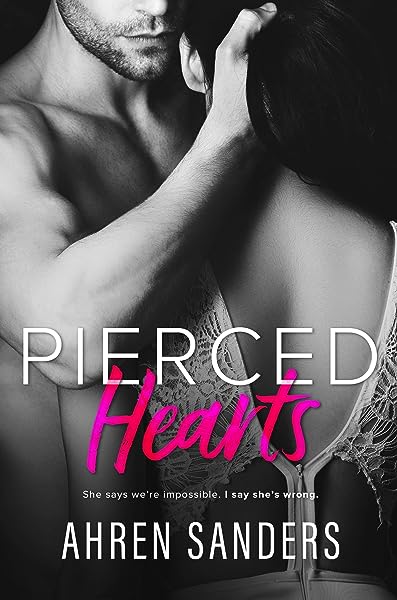 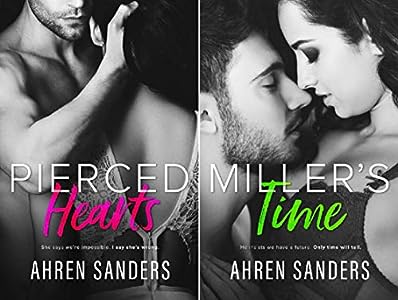 "I am scratching my brain trying to come up with a review that will do this book just an ounce of justice. It is simply put the best book I have read this year." Sharon, 3 Degrees of Fiction Book Blog
"Ahren you have a way with story telling that kept my attention and made me devour the book within hours!!!! Love the angst and passion that filled this book. It was well worth the read and I want to give it more than 5 stars!!!" Gail, Goodreads Reviewer
"The second chance romance that you've been waiting for!" Bre, Goodreads Reviewer
"If you're looking for an amazing story with some angst, look no further. Gawdddd this book was so amazing!" Christina, Goodreads Reviewer
"Five billion tear filled, swoony hearts for this phenomenal read! This book is the definition of an emotional journey!" Red Hatter Book Blog
"An unforgettable read! 5 stars ⭐️⭐️⭐️⭐️️️" Shonna, Goodreads Reviewer
"...damn, this one is sooooo amazing it needs to be elevated and appreciated appropriately, you know? I floved it...hard." Rosa Sharon, iScream Book Blog
"Wow just wow is what I have to say about Ahren Sanders latest book Pierced Hearts. I cannot remember the last time I read a book that had me so engaged and not a clue what was to come next." Jeananna, Goodreads Reviewer
"What an amazing story that will give you all the feels! 5 stars for this one!" Sharon A. Bookbub Reviewer
"Sanders filled the pages with a steamy, hard-fought-and-earned, second-chance romance, and this story that will stay with me for a long time to come. Five smooches from me..." Danielle, Red Cheeks Reads
"Pierce and Darby have one of the most passionate, beautiful love stories that I have read in a long time. It is real, raw and beautiful." Jenn, Goodreads Reviewer
"What a fabulous read with amazing characters and the feels and connection will grab you immediately!" April, Goodreads Reviewer

4.5 out of 5 stars
4.5 out of 5
118 global ratings
How are ratings calculated?
To calculate the overall star rating and percentage breakdown by star, we don’t use a simple average. Instead, our system considers things like how recent a review is and if the reviewer bought the item on Amazon. It also analyzes reviews to verify trustworthiness.

Love Reading
2.0 out of 5 stars Beginning of this book, I liked....the rest, no.
Reviewed in the United States on January 2, 2020
Verified Purchase
Warning:Spoilers alert *****
The h had all the makings of being a strong lady, with a backbone...I was only through a quarter of the way through this book b4 it started to annoy me. So the h went through 12yrs with not getting with someone else cos she was soooooo in love with her b/f, that didn't love her enuff to chase after her when she moved to a different state). The same b/f (that was her first & only intimate partner) but yet he went had sex with her enemy (granted the enemy "manipulated" the whole situation of how they got together.which endednup with her getting pregnant) but then he went back for more & the same enemy got pregnant, yet again 🙄 this has got to be one of the dumbest 'alpha' H. Who cares that he didn't go as far as marrying the evil enemy, but he got with her twice not long after his so called 'love of his life' took off. But yet this author wrote that the h stay faithful to her ex cos she couldn't move on unless she had closure? WTF? why do authors do this, make the heroine pine away for the ex when he's not, he's been a manwhore and sleeping his way through the females in the state that he lives in and it's becos he's trying to not think of the h? Shuuut uppp already!

And then when they do finally meet up she sleeping with him the 4th (or something like that) time they meet, and this is only a quarter of the way through the book, this p****d me off and then it went downhill from there, so I'm not even going to finish reading this book that I know now I've wasted money on buying. I did however skim read through a couple of the chapters & stopped cos it p*****d me off even more.

Just before I purchased this book I read a book by N. D. Jackson called Best of my Love. I recommend that book cos the synopsis was similar, the H had a child to someone else etc etc, but the heroine was a strong woman, funny, sarcastic & didn't let the H tempt her into have s*x after the few times they met, unlike what Ahren Sanders wrote that the h did in this book 😏.

Marns
5.0 out of 5 stars 💞I have no words to describe how amazing this book is💞
Reviewed in the United States on November 10, 2019
Verified Purchase
Just read it!! You absolutely cannot miss out on this beautiful and heart-wrenching story from Ahren Sanders.

I hadn’t even finished the first chapter, not got even a sniff of the story about Pierce and Darby, and my heart was breaking!! I was completely and utterly gutted. Then I found out what happened between them. Gutted became broken and devastated.

Since leaving Pierce and Charleston behind, and, for the first time in 12 years, Darby has gone home semi-permanently to help her family deal with the aftermath of her mother’s traumatic fall from a horse. Her business started a local branch, and Pierce found that the girl who broke him was back. His family are wary, his brother is angry and believes he should leave well enough alone.

As I read about Pierce rediscovering the girl, now woman, who left him devastated and open to the biggest mistakes of his life, I can’t even describe the absolute and utter heartbreak that I felt for both him and Darby. I couldn’t imagine what had gone wrong for them, especially as the business Darby had created since leaving him behind, held reminders to both of them about the depths of their love. I can barely read and concentrate on the book through my snot and tears!!!!

Not only did I love everything about Pierce and Darby, but I adored the secondary characters in their story, and the way they tag-teamed our lead characters with their well-meaning advice and heavy handed meddling. They were superbly written, and really rounded out the story in the best of ways.

I will say that I hate ugly cries with the blazing passion of a thousand suns, but, I will never miss the opportunity to purchase everything that Ahren Sanders writes, and this book is as epic as anything she has ever written. It is a beautiful and heart-rending story about overcoming a crippling loss, of understanding, forgiveness and rediscovering a lost love. The adults that these two young ones became are strong, and oh holy hell, Pierce will not be letting her get away anytime soon. He has a lot to deal with and sort out, but he got it done in spades.

Like Reed’s Reckoning, this deep and heartfelt second chance love story is now one of my favourite books from Ms Sanders. I wish I could award so many more than a measly 5 Stars!!!!
Read more
8 people found this helpful
Helpful
Comment Report abuse

Nikki
5.0 out of 5 stars 5 Amazing Stars ⭐️
Reviewed in the United States on November 30, 2019
Verified Purchase
I absolutely loved Pierced Hearts. It was an amazing, heartbreaking book. It tears you apart in the best possible ways and then pieces you back together. Pierce and Darby have been in love for over half their lives. Then we’re very young when they first fell in love and through horrible misunderstandings and tragedy they were torn apart. Darby leaves Pierce with a shattered heart to work on her own heart. Even though she never completely healed she managed to make a life for herself. Pierce made a few mistakes and ended up paying the ultimate price. When Darby suddenly comes home Pierce knows without a shadow of doubt that he’s finally going to make Darby his, whether she knows it or not. Stubborn man. Darby’s defenses are high, she has no time for Pierce to break her heart again. All she has time for is her work, that’s it. No time for love or messy entanglements. The one thing she knows is that Pierce deserves the truth, and when she finally tells him the entire truth Pierce loses it. He can’t believe how he left her, how he abandoned her. Now that the truth is out can she honestly let him back in or is he fighting a losing battle? Is Piece strong enough to fight for them both? More importantly is Darby ready to face her caveman and all his protectiveness for her?

This was and is by far one of my favorite reads for 2019. The characters are so believable and this is one of those books that pull you in from page one. I borrowed this from KU only to turn around and purchase it. This was one of my must own books...
Read more
5 people found this helpful
Helpful
Comment Report abuse
See all reviews

Kindle Customer
5.0 out of 5 stars Pierce wow!!!
Reviewed in the United Kingdom on November 12, 2019
Verified Purchase
Love love loved this book,isn't give any thing away but could not put this down.waiting for book 2.loved Darby,and also Connie do not pass this book, hooked on first page 😃😊
Read more
Report abuse

Kindle Customer
5.0 out of 5 stars Loved it
Reviewed in the United Kingdom on December 2, 2019
Verified Purchase
Read this book in one sitting, pierce is my hero the way he loves Darby and his children.
i can't wait for millers book :)
Read more
Report abuse
See all reviews