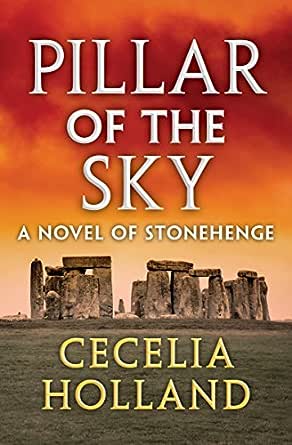 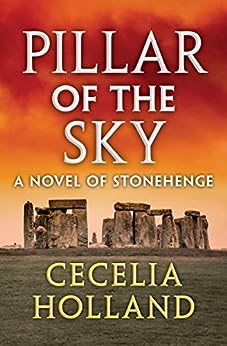 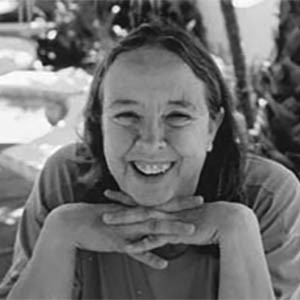 Pillar of the Sky: A Novel of Stonehenge Kindle Edition

“[An] engrossing narrative . . . Holland succeeds in stretching our imagination; she has breathed new life into those forty-ton monoliths that for all these centuries have been standing so mutely on the Salisbury Plain.” —Los Angeles Herald Examiner

“A first-class storyteller . . . Jean Auel’s novels about early man (Clan of the Cave Bear and Valley of the Horses) are big best-sellers, but Holland is a much, much better writer.” —People

“Her talents have never been better displayed. She not only re-creates a prehistoric people with every aspect of their life opened up for us; she also makes us share that life.” —The Plain Dealer

“Politics in prehistoric times is Holland’s theme in this intelligently and lushly developed saga. [Pillar of the Sky] moves with great energy but without neglecting rich detail; the dim past springs to buoyant and believable life.” —Booklist

Cecelia Holland was born in Henderson, Nevada, in 1943 and started writing at the age of twelve. Starting with The Firedrake in 1966, she has published twenty-one independent historical novels covering periods from the middle of the first millennium CE up through parts of the early twentieth century, and from Egypt, through Russia, central Europe, Scandinavia, Great Britain, and Ireland to the West Coast of the United States. Most recently, she has completed a series of five novels set in the world of the Vikings, covering a period of about fifty years during the tenth century and following the adventures of Corban Loosestrife and his descendants. The hallmark of her style is a vivid re-creation of time, place, and character, all true to known facts. She is highly regarded for her attention to detail, her insight into the characters she has researched and portrayed, and her battle scenes, which are vividly rendered and powerfully described. Holland has also published two nonfiction historical/biographic works, two children’s novels, a contemporary novel, and a science fiction novel, as well as a number of historical essays.
Holland has three daughters. She lives in Fortuna, California, and, once a week, teaches a class in creative writing at Pelican Bay State Prison in Crescent City, California. Holland's personal website is www.thefiredrake.com.

3.5 out of 5 stars
3.5 out of 5
72 global ratings
How are ratings calculated?
To calculate the overall star rating and percentage breakdown by star, we don’t use a simple average. Instead, our system considers things like how recent a review is and if the reviewer bought the item on Amazon. It also analyzes reviews to verify trustworthiness.
Top reviews

AMCIT
2.0 out of 5 stars Not worth my time
Reviewed in the United States on December 25, 2016
Verified Purchase
I plodded my way through this novel, hoping that something would bring it all together toward the end. It never happened. I never got the sense there was any point to the story, that Moloquin had brought anything of value, that the changes he caused in his society were good or bad, lasting or fleeting, important or trivial. I never felt a sense of "so what" after any of the actions. I never got a sense of character development for any of the characters, not only the primary. The whole thing felt flat.

Added to that, each chapter is quite long, and action shifts from one scene to another with nothing to notify the reader of the shift. So I would end up reading a paragraph, and then having to re-read once I realized the change had occurred. It may have been simply the reformatting for Kindle, but I found it extremely disconcerting.

Two weeks reading -- I think of the good books I *could* have read in that time and feel somewhat cheated.
Read more
19 people found this helpful
Helpful
Comment Report abuse

lovesdogs
3.0 out of 5 stars Starts slow, don't quit.
Reviewed in the United States on February 29, 2016
Verified Purchase
The story started out a little slow. I was afraid it was going to be a familiar story because there wasn't anything too interesting or really new about the story. As it moved on I felt as if the main character was going to be too heroic to be true. However, the story picked up, the hero was flawed after all and the story moved faster than it had seemed it would. The author explains how the pillars were erected - plausible theory. The characters were very human. They were more complicated - those who seemed to be useless or shallow proved themselves and became good, productive citizens if not the real heroes.
Read more
23 people found this helpful
Helpful
Comment Report abuse

terry baraldi
4.0 out of 5 stars Stonehenge imagined
Reviewed in the United States on July 7, 2016
Verified Purchase
It's been awhile since I last read a book by Cecelia Holland,and I'm happy to say that time hasn't dimmed her art. It was difficult to find a hero in this one, or someone to mourn in the end, but imagining the mystical awakening in such a brutal age, that could conceive and execute a Stonehenge leaves is reason enough to read. The one criticism in the Kindle edition is that within the very long chapters there were no spaces between paragraphs or other markers to indicate breaks in action or scene and character shifts. That was disorienting and annoying.
Read more
8 people found this helpful
Helpful
Comment Report abuse

pjburnTop Contributor: Historical Fiction Books
5.0 out of 5 stars Ael, Ladon, Karelia, Moloquin, Shateel, and others . . .
Reviewed in the United States on September 6, 2017
Verified Purchase
… walk through these pages, clothed in skins or woolens, all real, breathing people, living over forty centuries ago, finding meaning for their lives in the stones and stars of the Pillar of the Sky. The outcasts’ fortunes rise, peak, and fall along with the rising and waning of the sun, moon, and stars tracked by the stones of the Pillar of the Sky. Stonehenge’s genesis is pictured through this story, but the story is more focused, as it should be, on the people who found a meaning for living in the wonderful struggle to find a way and even a reason for finding stones, transporting them, shaping them, and then raising the forty-tonned liths atop other stones in positions to frame defined celestial events. These people, their culture, their myths, their passions, all are presented so grounded in the reality of the human quest, that we find something of ourselves in these people walking forth out of a time 4000 years ago. And it’s told in such beautiful language that at times the reader can but sit quietly, reading and re-reading those lines of prose Ms. Holland has crafted for us, lifting our imagination toward the perception of the beauty, the shock, the shivering vision of the stars that rise and wander and recede as we stand in the middle of the rings of stone, gazing through the Gateway to the Overworld, shoulder to shoulder with these people she has created for us.
Read more
One person found this helpful
Helpful
Comment Report abuse

l.isaacs
5.0 out of 5 stars Kept me interested for its entirety.
Reviewed in the United States on June 18, 2016
Verified Purchase
I didn't know what I was getting into when I chose this book. I just knew that I was bored with the same old mystery, romance, fantasy, stories that I normally choose. I was looking for something new and original. Pillars of the sky took me to a world unknown and forgotten. It is well written and kept me interested throughout. What a breath of fresh air. Thank CecIlia Holland for bringing these people to life.
Read more
8 people found this helpful
Helpful
Comment Report abuse

C. Jones
5.0 out of 5 stars Fascinating
Reviewed in the United States on June 5, 2016
Verified Purchase
I actually picked up (or rather downloaded) this book because I knew the author when I was young. Her family lived in our neighborhood, and I was curious to read something by Cecelia. I was not sure what to expect, but before very long, I was caught up in the journey of Moloquin and fascinated by the glimpse into life when men lived in tribes, learning of the roles of both men and women, and the beliefs and values of these early People. And it soon became clear that we, as a race of humans, have not progressed much. Just look at the problems we face around the world, or in our current political mess. I was saddened, but at the same time, I was drawn to the story, the setting, and its characters. It is well written, with none of the poor editing that I , and other readers, notice in too many books today. It was truly a fascinating trip back in time.
Read more
18 people found this helpful
Helpful
Comment Report abuse

Henry M. Millstein
5.0 out of 5 stars Bringing the Neolitchic to Life
Reviewed in the United States on September 11, 2020
Verified Purchase
This is a marvelously engrossing novel. Cecilia Holland succeeds in accomplishing a difficult feat: creating Neolithic characters and a Neolithic world that is rich and plausible. Bringing to life people of distant antiquity is a major challenge for a writer, and I speak with some authority on the subject, as I know the challenge from writing about a much more recent period, that of biblical Israel. I'm not a specialist in the Neolithic, but I do have some professional training and experience in anthropology, archeology, and ancient history, and I can say that, while of course no one can know for certain how people of the Neolithic thought, Holland's depiction of them, of their motivations, world-view, and actions, is thoroughly believable. This book earns an enthusiastic five stars.
Read more
Helpful
Comment Report abuse
See all reviews

Amazon Customer
1.0 out of 5 stars One Star
Reviewed in the United Kingdom on May 20, 2017
Verified Purchase
A terribly written book boring and historically inaccurate
Read more
Report abuse