You've subscribed to Thrice~Crossed Swords Trilogy! We will preorder your items within 24 hours of when they become available. When new books are released, we'll charge your default payment method for the lowest price available during the pre-order period.
Update your device or payment method, cancel individual pre-orders or your subscription at
Your Memberships & Subscriptions
There was an error. We were unable to process your subscription due to an error. Please refresh and try again. 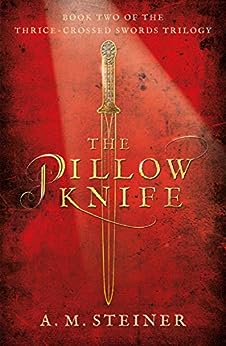 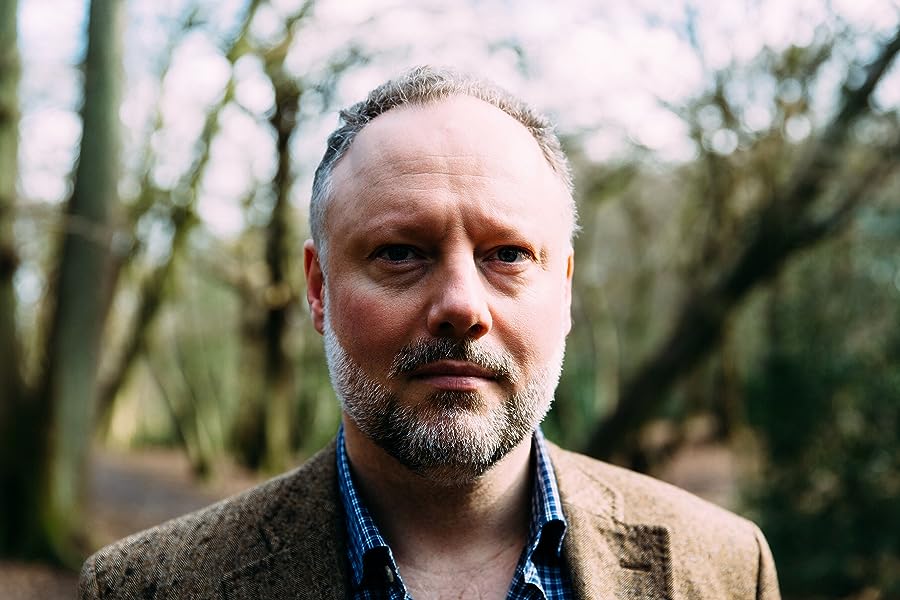 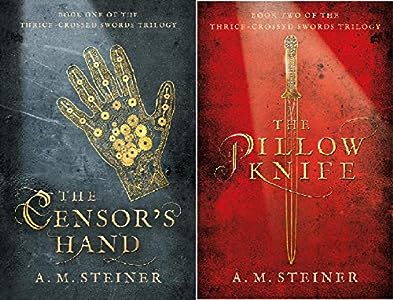 Peggy H
5.0 out of 5 stars The Pillow Knife
Reviewed in the United States on September 6, 2020
This is the second book in the Thrice-Crossed Swords Trilogy. I happened across the first book "The Censor's Hand" as a freebie a few months ago and the author sent me an ARC of this one for an honest review. This book picks up right where the last one left off and answers many of the questions from the first one. Not all, and of course there are new ones now but...it's a trilogy.

The series takes place in an alternate reality from ours, there are some similarities, especially geographically and historically. There is magic, but not in the way you normally think of it. Magic is mainly used to make "constructs", items that keep everything running (like factories and ships) although those who can control it can also use it in other ways. It is tightly controlled by the Honourable Company of Cunning which sell these constructs to whomever offers the most for them.

Partway through the first book I realized that I wasn't all that thrilled with any of the three main characters. They all kept saying and doing things that put them in worse and worse situations which made it hard to feel for them. In the long run though I realized that the characters are just a part of the story, not the story. The politics, the religions, what's going on behind the scenes, what's happening to the magic and why, the world-building itself is the story.

I love a book that is so well written, you can really picture it in your mind as you read. This is prime material for a movie or series, everything is there. The creepy looking Masters, the Censors with their ability to "see confessions", The Convergence, the different towns and cities, the minor characters who all are integral to the story. And going into the wild magic is well, wild. There's so much going on yet it's all connected.

There were no major typos, in fact hardly any typos at all which was refreshing. I am looking forward to the third part of this saga, especially after all the twists and surprises at the end of this one.
Read more
One person found this helpful
Helpful
Report abuse

A truly dark tale. I thought I was in for the usual happy go lucky middle book you always receive in a fantasy trilogy. This wasn’t the case. We had deep, dark secrets revealed, betrayals decades old and some days fresh. I’m usually very good as sussing out how a book will conclude from pretty early on and I must say I was thrown for a loop.

Another thing I love in all writing but I found a lot of in this particular story was quotes that stuck with me. If you like them as much as I do then this book is for you.

Daniel Kelly
5.0 out of 5 stars Magic darker and more real than Harry potter 😀
Reviewed in the United Kingdom on October 31, 2020
Verified Purchase
The first thing to note about this book, is that it's bigger, as in double the size of the censors hand. It leaves the censors hand feeling like it was just the opening scenes for this book.
Next up, it's darker. The censors hand had a dark side, this takes the story to a whole new level, the characters are deeper, more real, with all their flaws and confusion. Family ties are stretched and broken with trust and betrayal the order of the day.
Don't trust anyone. Except me when I say read this now
Read more
Report abuse
See all reviews