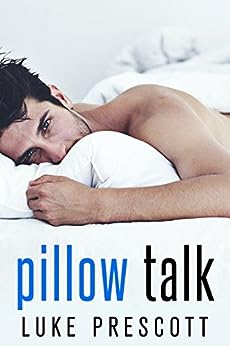 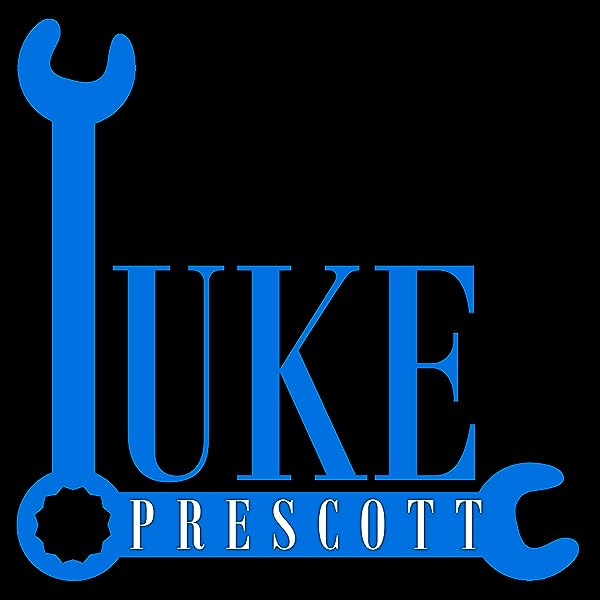 4.8 out of 5 stars
4.8 out of 5
134 global ratings
How are ratings calculated?
To calculate the overall star rating and percentage breakdown by star, we don’t use a simple average. Instead, our system considers things like how recent a review is and if the reviewer bought the item on Amazon. It also analyzes reviews to verify trustworthiness.
Top reviews

Marcella
5.0 out of 5 stars It’s a must read. I loved it.
Reviewed in the United States on November 29, 2017
Verified Purchase
This was my first reader experience with Luke Prescott and I absolutely loved this book. I could not put it down. I read this all in one day ~ it was that good.

This starts out with Brooke in her point of view. She shows us her unconventional job of sleeping with men to learn of their business secrets. But it’s afterwards during intimate Pillow Talk that she gets what she needs. She’s one of the best for the person she works for and this shows us why.

But she’s tired of this and desperately wants out. After this job, she tells her boss, Pete that she’s done. She can’t do it anymore but Pete is not happy with this and threatens her livelihood if she doesn’t do this one last job. So she agrees. On last time.

The accidental meeting ~ Our characters meet in the back of a cab and end up arguing over the fact that they both needed it but not in the same direction. Brooke ends up getting out but Owen can’t help but keep thinking about the girl with the blue eyes.

Brooke is all ready for her last “job” and sitting at the bar when she realizes that she’s met him before and it didn’t go well. Owen is a very different type of client and she quickly realizes that everything she’s used the past 5 years will not work with him. She’s worried about getting what she needs to save her dance studio.

Owen is guarded and not willing to give anything away. Brooke is used to the whole “one and done” and it’s not working this way. They start seeing each other and Brooke starts getting feelings for him which isn’t good at all and could destroy everything. How can Brooke get out of this and keep both her dance studio and Owen? Does Owen find out about Brooke’s lies? Will they remain together if this all comes to light? Will Pete destroy Brooke to get what he wants? For those answers you must get this book. You will not be disappointed.

I love the fact that Owen has his own point of view in the story and that we get both sides of this story. He of course has no idea what Brooke’s motive is but finds himself drawn to her and wants to open up to her since she’s so different from the other women he’s met.

I absolutely love the interaction and dialog between the two characters. You fall in love with Brooke but at the same time you hate what she’s trying to do to Owen throughout the book. The way Owen is make the reader want to know about him just as badly as Brooke but for different reasons obviously.

This was a new author to me but I loved his writing style. He clearly marked each change in point of view. The book ran smoothly and kept you wanting more and you thoroughly entertained. The intimacy between Brooke and Owen was very hot and got your motor running. I cannot wait to read more from this author.
Read more
97 people found this helpful
Helpful
Report abuse

BetsyP
5.0 out of 5 stars Page Burning Chemistry
Reviewed in the United States on November 27, 2017
Verified Purchase
Brooke Alexander is a woman on a mission. She gets successful business men to spill all their secrets over a little pillow talk. After an unpleasant encounter in a cab, Brooke finds out that her cab thief is none other than the next business man she’s supposed to get to spill all his secrets. Owen Thompson is the CEO of a large corporation who keeps his cards close to his vest.

Brooke knows that her usual tactics won’t work on Owen and a careful cat and mouse game ensues. With each encounter Brooke and Owen start to chip away at the walls that each have. As they spend more time together, Brooke begins to realize that their happiness means more than completing a job. When secrets are revealed they are both left reeling and the fallout is more than either could imagine.

Brooke is sassy, smart and is trying to live her dream while being held back by a past that helped make her dream a reality. Owen is a dirty talking, alpha male who has spent his life with one goal in mind. The chemistry between Brooke and Owen burns up the pages. Between the chemistry of these two and the incredible banter, this is a fast paced read that keeps the reader engaged from the first to the last page.
Read more
10 people found this helpful
Helpful
Report abuse

Rhiannon @ Welsh Book Junkie
5.0 out of 5 stars Secrets never stay hidden
Reviewed in the United States on November 28, 2017
Verified Purchase
Pillow Talk is Luke Prescott's newest release and yet again he hasn't disappointed, it's one of my favourites of his and a lot different to what he's written previously.

Brooke and Owen meet by chance when they go to get in to the same cab, it's not however love at first sight but more like hate at first sight. Owen is a major jerk to Brooke but she's feisty and gives it right back. It's not until later that Brooke finds out that Owen "jerk in a suit" Thompson is her next client. Brooke's job isn't exactly what you might think, besides having to take her clients to bed to get them to spill their secrets she also has her own dance studio, which is about to be threatened. Brooke needs Owen to spill his secrets but he's a tough nut to crack. Will she get what she needs? or will her heart get in the way?

Owen is an Alpha through and through, he knows what he wants and he's not afraid to bulldoze his way through anyone and anything to get it, but under all that dirty mouthed Alphaness is a sweet man with a romantic side. Brooke is a feisty, sassy woman with a vulnerable side. They have amazing chemistry and sexual tension. It's a fast paced read without the feeling of being rushed. Luke has grown as an author and it really shows in his writing, I can't wait to see what he brings us next....
Read more
4 people found this helpful
Helpful
Report abuse
See all reviews

Vicki K-S
5.0 out of 5 stars I LOVED IT!
Reviewed in the United Kingdom on November 30, 2017
Verified Purchase
REVIEWING FOR ROCK HARD ROMANCE

'I lose all reasonable thought,I become selfish,wanting him to do anything and everything he wants to me...And last night he did....twice' (Brooke)

So the blurb gives the general concept of the story away,(28 year old) Brooke's been sleeping with business men over a period of 5 years,gaining information to pass onto her 'boss'.Her reasoning behind this is to realize her own dream of having her own dance studio,and when she wants to walk away,Pete blackmails her into doing one final job! ( the sleezy A*****)
Her 'client',Owen(30),who it turns out,they had a chance meeting when getting in the same cab,resulting in some hilarious banter back and forth,makes things not so easy,he keeps things pretty close,not giving much away,requiring her to need more time to get the information Pete wants.
There's an obvious attraction between both Brooke and Owen,with some pretty hot scenes,leading to feelings developing,which catches them both by surprise...what will happen when the truth comes out and the 'secrets' are revealed??
Well I'll not say anymore on that,as it would spoil it,but I will say this...I really enjoyed this story,it was well written,with Dual POV'S,great characters,amusing,HOT,with an added twist that I didn't expect,and with each book Luke is becoming a 'One click' author,and I look forward to reading more from him.
Read more
Report abuse

mel
5.0 out of 5 stars Hot, Sexy Romantic Love Story
Reviewed in the United Kingdom on November 28, 2017
Verified Purchase
This fantastic new book by Luke Prescott is amazing I couldn’t put it down the story had me from page one till the end. Owen is a strong alpha dirty talker and just want to have sex.
When Brooke meets Owen in a bar, She guesses he’s not the sort to chase women they come to him. Brooke is really good at reading people and can normally get them talking but Owen is turning to be different he doesn’t open up to people and Brooke really needs him too.

Owen can’t get the blue eyed woman he meet earlier out of his mind so when the she leaves him wanting more he can’t just walk away. When they spend time together Owen wants to make Brooke happy but with the secrets Brooke is keeping she’s not feeling good cause she has feeling for Owen. On there journey they don’t have it easy but that’s nice that there Story isn’t easy and has more emotional feel to the story.
I love when the characters in the story keep you guessing what will happen and that’s what Luke Prescott has done with Pillow Talk. Amazing brilliant hot read.
Read more
Report abuse

Deb Ann
5.0 out of 5 stars Great read ❤🔥📚
Reviewed in Canada on January 26, 2018
Verified Purchase
Luke Prescott out did himself. As Brooke is trying to make a name for herself in the dance community, has made some questionable decisions with her life to make money. Owen ends up being her last client in trying to quit the job she breaks not only her heart but Owens. Will they recover? You will need to read it!
Read more
Report abuse

patricia labrie
5.0 out of 5 stars Awesome read
Reviewed in Canada on December 14, 2017
Verified Purchase
Luke has done it again with another great book that is hot and steamy with some suspense that will keep you reading to find out what happens next
Read more
Report abuse

Kindle Customer
5.0 out of 5 stars Loved it !!
Reviewed in Canada on January 11, 2018
Verified Purchase
I loved this book. Owen & Brooke are amazing together. Couldn't stop reading once I started. Such a hot read ! 🔥
Read more
Report abuse
See all reviews