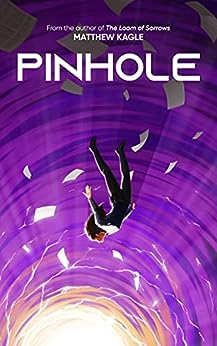 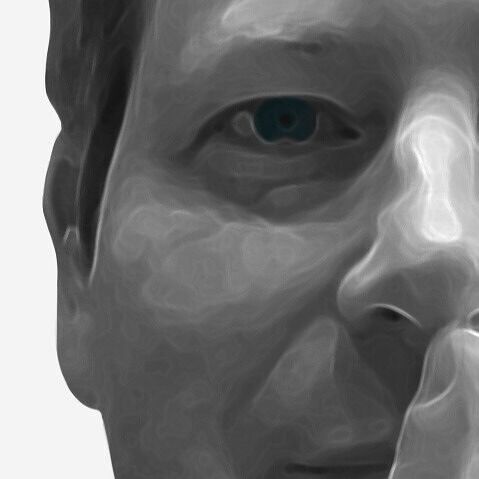 by Matthew Kagle (Author) Format: Kindle Edition
See all formats and editions
Sorry, there was a problem loading this page. Try again.
The number one best selling high tech science fiction novel in the Kindle store. An Amazon best seller for over a year.

Humanity began as primitive lungfishes, crawling out from the depths of the sea to escape predators. Humanity will end as sparkles of light, streaming across the empty voids of the universe searching for meaning.

Pinhole is about the time travelers who live between what we once were and might someday become.

Cassandra knows the future brings her doom but is helpless to stop it. Lionel executes murderers before they can kill but wonders who the real victims are. Dolores is ensnared in a cult that uses a machine to link their minds and bodies. Joseph strives to escape an eight-year loop he's been trapped in his whole life. Daphne searches for a murderer who kills by giving his victims cancer, but she may be the next target.

Moving through time and space, their lives are intertwined, unwittingly tethered together by the same technology they use to change the world.

Matthew Kagle was the youngest of six children born to cattle ranchers in Emblem, Wyoming. He graduated elementary school two years early and went on to study high energy physics at Carnegie Mellon University. He was expelled after an experiment he was running caused university's linear accelerator to detonate. He quit physics to explore his love of the sea, eventually becoming captain of the Grandcamp (a cargo frigate) which capsized after an unexplained blast in the hold. When his lifeboat arrived in the San Francisco Bay Area, he decided to stay, working at Vacuum Genesis, a video game company (www.vacuumgenesis.com). The first game he designed was recalled from the market due to a programming fault that caused hard drives to accelerate until they broke into high-velocity shrapnel. He moved on to teaching, working at several small colleges and universities, but quit when some of his students spontaneously combusted upon entering the workforce. This is his first published novel. Handle it carefully. You can follow Matthew's blog at icanwritefunny.blogspot.com. His Twitter account is @makagle. --This text refers to the paperback edition.

Matthew Kagle is a game designer, teacher, and father of two. He's also a front.

About ten years ago, when he was teaching at a small private college, he overheard four English professors complaining they were having trouble getting their works published. Several were afraid their works were too controversial and would get them fired. Others were worried about being doxxed.

Matthew offered to present their writing to an old college friend who worked at one of the Big Six publishers. The friend suggested they pick a single pseudonym (in part to throw off text analysis identification) for all of them.

Matthew proved to be such an effective front man, they chose him.

Eldon J. Stracke II
3.0 out of 5 stars A Worthwhile Journey
Reviewed in the United States 🇺🇸 on May 11, 2013
Verified Purchase
Sorry about the ambiguous nature of the review; "spoiler alert" is the war cry of the modern age, and I simply don't want to enter that battle.

I found Pinhole to rather akin to an extended race; a jumbled mass of characters that eventually thin to a few coherent participants towards the resolution. Occasionally, the author seemed to focus more on the finish line than on what a character was currently engaged in, resulting in odd duplications of text or narrative. Also, while I understand that the initial confusion factor was actually intended, it did seem at times needlessly contrived and is a substantial detriment to continuity (some may feel this prompts re-reading, but I've always felt comprehension should be a given, and subtlety and nuance are what truly justify multiple reads). Essentially, however, this race only pays off to any extent if you finish it... even though it can at times seem a marathon.

On the positive side, the characters (for the most part) are distinct enough to remember, especially given the limited capacity given to each. Every decent read has those personalities you would rather explore further, and this was no exception. There are also a multitude of interesting sci-fi concepts; I would venture saying there are too many, as none but the title concept is explored to any real extent. Some of these alone could serve as premise for additional works, and not necessarily in the Pinhole universe. Also, the science is brought down to layman's enough to make it palatable to anyone (I would have preferred more technical portrayals, but I'm a life-long fan of Asimov and Bradbury).

One final note about the scene delineator used throughout the novel. It is a graphical representation of a circuit board... and it is immense; a full six lines of text is lost, and it's used rather frequently. Two black holes, likely intended to depict the boundaries of an Einstein-Rosen Bridge, are represented in this circuit as an embedding diagram full of crossing grid points. In the `About the Author' section, he mentions `detonating a linear accelerator' in college. The circuitry depicted in the diagram would short the instant current was applied (given all the crossing circuits), possibly creating the damage indicated. I know, a lot of work for an esoteric electronics witticism, but the thing was superbly annoying throughout the read.
Read more
3 people found this helpful
Helpful
Report abuse

Tghu Verd
4.0 out of 5 stars A different approach to a time travel story but it taxed my linear brain
Reviewed in the United States 🇺🇸 on October 8, 2013
Verified Purchase
Kudos to Kagle for developing a different approach to his time travel story, but I'll freely admit that I doubt I caught all the subtleties that he brought together in "Pinhole", which is an apparently set of disconnected stories that are clearly interconnected - the same in fact? - when viewed through the four dimensional filter of wormholes that ripple through space and time.

It is a compelling, if brain bending approach, but my problem was holding all these narrative threads together outside of the usual linear time line that most novels provide. Even when they jump around from present, past and future, cause and effect remain in play with a normal story. Not so with "Pinhole", because time travel has the potential to turn cause and effect on its head and Kagle goes to town on this aspect. Sometimes it was pretty clear (to me at least) what is going on...and sometimes it was not.

For example, the Cassandra thread was reasonably straightforward, if somewhat distressing. But I still don't really get how the Joseph(s) thread worked or what it was about. The other threads sat between these extremes for me, and sometimes I had to backtrack to unravel who was doing what to whom in terms of plot lineage.

While the characters were generally well described and had consistent motivations, the opening sequence with the uranolophiae felt contrived. But Kagle hit his stride quickly and "Pinhole" was an easy read in the sense that it was not peppered with grammatical errors and typos.

If you like time travel stories, for less than a dollar "Pinhole" is definitely worth buying. Just don't expect a run of the mill variant on Heinlein's classic " All You Zombies- " concept because "Pinhole" is an order of magnitude more brain bending than that.
Read more
Helpful
Report abuse

Joe Christensen
4.0 out of 5 stars Creative and well thought-out
Reviewed in the United States 🇺🇸 on July 18, 2013
Verified Purchase
I enjoyed this. I have read (and usually enjoyed) time travel stories for the past thirty years. I usually read a bunch until they get somewhat repetitive then stop for a while, until I can't take not reading them, then dive back in looking for a new and creative handling of the situation. This story was that! I hope it wasn't just because I am coming off a hiatus and forgot what others do. I didn't like every storyline (like life - not everything worked out the way I would have wanted though still well-written); but overall the good far outweighed the bad.

There were events early in the book that I couldn't see how the tale would resolve at all and it kept me picking up the book even when I should have been working. I wanted to put the book down and think about what I would do with this technology, but apparently I wanted to read the story more than I wanted to figure that out, because I kept going back to the book instead of pondering.
Read more
One person found this helpful
Helpful
Report abuse
See all reviews

J.p.sumner
4.0 out of 5 stars pinhole
Reviewed in the United Kingdom 🇬🇧 on January 28, 2014
Verified Purchase
Not a bad story and it held my interest for most of the time.I would probably try another of his stories
Read more
Report abuse

Amazon Customer
5.0 out of 5 stars Good
Reviewed in the United Kingdom 🇬🇧 on November 14, 2015
Verified Purchase
It's worth buying . You have to stick with it it turns and twists . Good read
Read more
Report abuse

Amazon Customer
5.0 out of 5 stars Excellent
Reviewed in the United Kingdom 🇬🇧 on October 11, 2013
Verified Purchase
This is proper sci fi - no magic or dragons (although there's nothing wrong with them sometimes) but in this Kagle weaves a fascinating tale which is pacey and well written with just enough "science" to make it believable but not too much that would turn the reader off. And the ending wrapped things up nicely too. I would highly recommend this.
Read more
2 people found this helpful
Report abuse

Amazon Customer
5.0 out of 5 stars Excellent
Reviewed in the United Kingdom 🇬🇧 on July 14, 2013
Verified Purchase
Five stars, well written excellent concept. Good character s I hope to read more by this guy.. read it you will enjoy
Read more
Report abuse
See all reviews
Report an issue
Does this item contain inappropriate content?
Report
Do you believe that this item violates a copyright?
Report
Does this item contain quality or formatting issues?
Report