You've subscribed to Jack Jones! We will preorder your items within 24 hours of when they become available. When new books are released, we'll charge your default payment method for the lowest price available during the pre-order period.
Update your device or payment method, cancel individual pre-orders or your subscription at
Your Memberships & Subscriptions
There was an error. We were unable to process your subscription due to an error. Please refresh and try again. 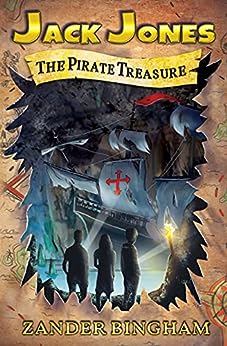 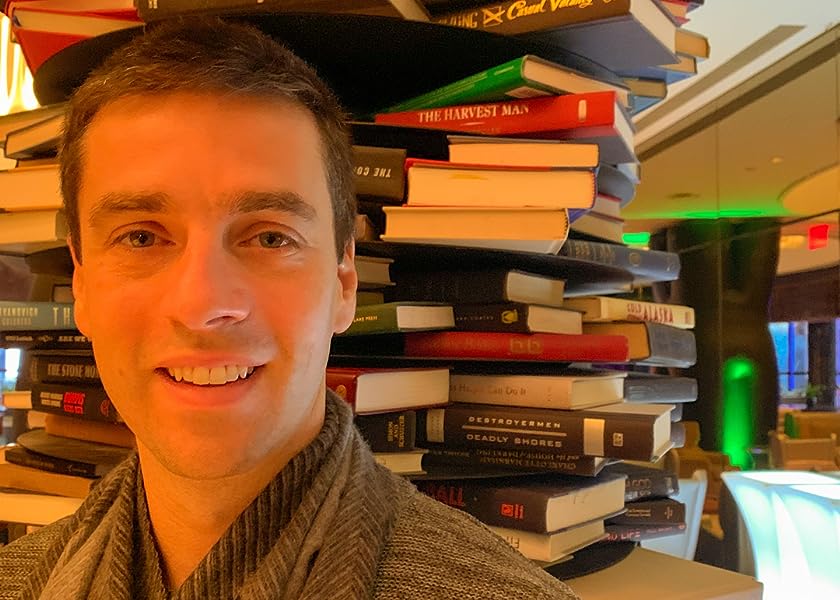 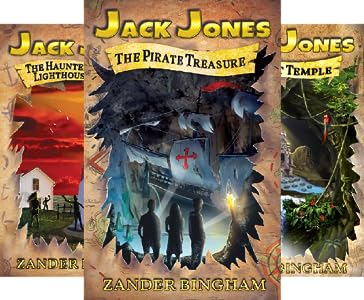 Tags that will help you discover similar books. 9 tags
in a seriesaction & adventuremysteries & detectivesgrowing up & facts of lifeliterature & fictionfriendshipsiblingsfamily lifefriendship, social skills & school life
Results for:
Page 1 of 1Start overPage 1 of 1
Previous page
Next page
Where do clickable book tags come from?
Book tags are created from a variety of sources, some of which are customer-generated. Amazon is not legally responsible for the accuracy of the tags represented. If you are an author or publisher and would like to remove a tag associated with your title, please contact your vendor manager or publisher support team.
Amazon Business: Make the most of your Amazon Business account with exclusive tools and savings. Login now

Zander Bingham was born and raised on a boat. It was captured by pirates when he was just 12-years-old. He, along with his family and crew, swam to a nearby island where Zander spent his days imagining swashbuckling adventures on the high seas. Well, not exactly. But Zander did love boating adventures as a kid. And he always dreamed of exploring deserted islands and being a real-life castaway. He grew up cruising around Australia, the USA and The Bahamas. He eventually captained his very own sail boat, living aboard and exploring the Adriatic Sea with his wife and two young sons. His thirst for exploration, his witty sense of humour, and his new-found passion for writing stories to read to his boys at bedtime, led to the creation of Jack Jones; the confident, brave and curious boy adventurer who is always searching for his next escapade. --This text refers to an alternate kindle_edition edition.

4.7 out of 5 stars
4.7 out of 5
493 global ratings
How are ratings calculated?
To calculate the overall star rating and percentage breakdown by star, we don’t use a simple average. Instead, our system considers things like how recent a review is and if the reviewer bought the item on Amazon. It also analyzes reviews to verify trustworthiness.

Nancy Dannon
5.0 out of 5 stars Fantastic! Back for More.. Kids loved it!!!
Reviewed in the United States on October 25, 2018
Verified Purchase
What a wonderful series. I’ll be back for more! This book was perfect for both my grandchildren. I have 2 boys and girl. I had been searching for some chapter books that were fun and adventurous and suitable for girls, as well as boys, and came across Jack Jones.

We loved the main character Jack, and his neighbour, Albert, and Emma, who is Jack’s younger sister.

There isn’t any violence or potty-talk. There is plenty of mystery and excitement along the way and some well-measured suspense (age-appropriate, though)

I really enjoyed the teamwork. It reminded me of the “classic” books I enjoyed reading when I was a kid. Excited to order the next book and see where Jack and his crew venture to next! Highly recommended.
Read more
22 people found this helpful
Helpful
Report abuse

Julieann
5.0 out of 5 stars Loved all 3 in the series!
Reviewed in the United States on April 16, 2019
Verified Purchase
My 10 year old is reading this book to me. He has to read 20 minutes a night for school. So it's about a chapter a night. He can't wait for reading time with this series! And it's just right for his age. He reads it beautifully without help. The books are so exciting, I can't wait to hear the next chapter. There are currently 3 in the series, so we are sad because we are on the last one. But there are 4 more coming out starting later this year. Cant wait! Keep them coming Zander Bingham!
Read more
15 people found this helpful
Helpful
Report abuse

Yorkiegirl
5.0 out of 5 stars Wonderful Adventure!!
Reviewed in the United States on August 13, 2020
Verified Purchase
This series of books are really enjoyable. Through the pandemic, my grandson and I have been reading these books together and discussing via Zoom! In this book he has learned about pirates, Spanish galleons, treasure, Caribbean Islands, friendship, adventure, and the curiosity of learning. It was a great way to get his away from video games! LOL. Plus it was a way for us to stay connected. I am ordering a third book. I am so happy that we found this series of books. Thanks Mr. Bingham for your imagination taking us on summer adventures while practicing social distancing!!
Read more
4 people found this helpful
Helpful
Report abuse

HR
5.0 out of 5 stars Adventurous
Reviewed in the United States on June 27, 2020
Verified Purchase
Cute fantasy story for little kids, like K-3 grades. Some of the sections seem impossible & the kids are off on their own, unsupervised BUT they have an adventure and solve problems.
Read more
3 people found this helpful
Helpful
Report abuse

marc nelson
5.0 out of 5 stars Wonderful book for kids 6+ years.
Reviewed in the United States on December 16, 2020
Verified Purchase
I purchased all 4 of Jack Jones books for grand-kids. Great stories of adventure, without battles just good clean fun. Easy to read for beginners and more advanced. My 6 year old grandson calls me everyday to read a few pages to me. Highlight of my day! He loves Pirates and adventure. I cannot wait to give the other books to the rest of the boys. Book 5 just came out and I am purchasing it today!
Read more
2 people found this helpful
Helpful
Report abuse

Prime_momma
4.0 out of 5 stars Entertaining
Reviewed in the United States on May 9, 2020
Verified Purchase
My 5 year old is a huge fan! The writing is pretty simplistic and, while not super well written (according to my adult standards) it's still an engaging and fun story. Short and easy to read... my son and I finished in 2 days!
Read more
2 people found this helpful
Helpful
Report abuse

OxanaY
2.0 out of 5 stars Too simplistic
Reviewed in the United States on February 19, 2020
Verified Purchase
There are so many wonderful adventure books, not this one. Predictable, storyline is too simple. May be entertaining for a 4-6 y.o but older kids will be bored
Read more
3 people found this helpful
Helpful
Report abuse

kathrynj
5.0 out of 5 stars Great little story.
Reviewed in the United States on July 7, 2021
Verified Purchase
So far, so good . My nephew does not get interested in books easily and this one, he wants to read. We are both very happy!! Well written for young kiddos. Not too difficult.
Read more
One person found this helpful
Helpful
Report abuse
See all reviews