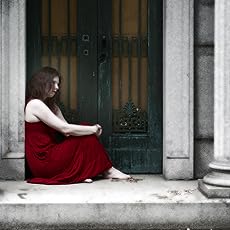 Carol "Pixie" Brearley is the author of the Dark Angel Trilogy, a psychological thriller series, the first book of which, Rise of the Dark Angel, was the result of the completion of the 2012 NaNoWriMo. The second book, Dark Wings Spread, was nominated for Suspense Magazine's Best of 2013.

Pixie started her writing journey in high school as an English major. Her love of Edgar Allen Poe sparked her to write poetry, which she did not share until her adulthood. From there she decided to write short stories, also for her personal pleasure. It was not until November of 2012 when she joined NaNoWriMo that she finally shared her writing with the world.

Born in Florida, raised in Brooklyn and Queens, NY, she moved to upstate NY in her early teens, where she now resides with her family and cats in their inner city home. When Pixie is not being a mom, wife, housekeeper, cook, and writer, she spends her free time reading, doing assorted crafts, and gardening. She is also a member of the Society for Creative Anachronism, a medieval recreation group.
Read more 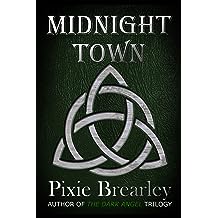 Midnight Town Mar 20, 2018
by Pixie Brearley
( 3 )
$2.99
Ripley is a witch of the Romani descent. After a spell went awry, she found herself bound to the land, neither alive nor dead. Walking between death and life, she is forever in torment.

Nick is a lonely wanderer. Born with the ability to see the spirit world. He also suffers from a white knight complex. Running from his hometown after a terrible accident, he is forever in search of something to make his life whole.

Now, in the small town of Braxville, when midnight strikes strange things happen. Nick experiences the odd phenomenon first hand when he steps into a bar that should not even exist. All the answers lie with Ripley, but when Nick tries to find her, a force beyond anything he has ever felt stands in the way.

Will he save her or will he lose himself?

Find out in Midnight Town.
Read more
Other Formats: Paperback 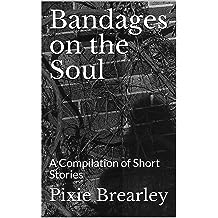 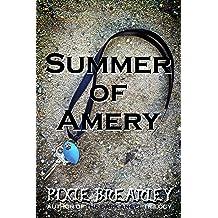 Summer of Amery: A Bandages on the Soul Short Jul 3, 2016
by Pixie Brearley
$0.99
After a brutal attack, Trinity retreated to her family's summer home on the beach where she encountered an interesting new friend, Amery. Amery guides her through the healing process, but when she returns home, everything she believed to be true has been turned upside down and she is not sure what is real anymore. Summer of Amery takes the harsh reality of an attack and brings it into the world where magic is real and healing comes with tea and cookies.
Read more 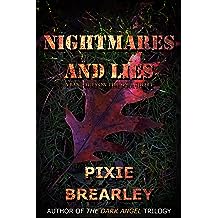 Nightmare and Lies: A Bandages on the Soul Short May 1, 2016
by Pixie Brearley
$0.99
When Kelly turned 21, she went on a drinking spree with a couple of her friends to celebrate. After a horrible accident, that left her dead for nearly two minutes, she acquired a strange gift. Although she sees it more as a curse. Victims of violent crimes visit her in her dreams begging for her help.

After she moved to the country to try to avoid these dreams, she finds herself plagued by the worst nightmares yet. A serial killer that goes for young women around her age, and she has no idea who it can be but they are close, and she could be next.
Read more 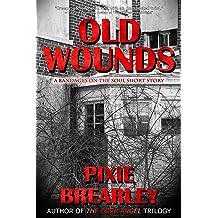 Old Wounds: Bandages on the Soul - Story 2 Apr 15, 2015
by Pixie Brearley , Pamela Rockcastle
( 1 )
$0.99
Old Wounds is about a young woman with a very rare talent, the ability to communicate with the dead.

When she meets a nice young man at college who shows a sudden interest in her, she worries about his motives... And with good reason.
Read more 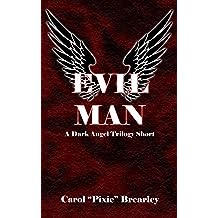 Evil Man: A Dark Angel Trilogy Short (The Dark Angel Trilogy Book 0) May 4, 2014
by Pixie Brearley , Pamela Rockcastle
( 2 )
$0.99
A short prequel to the Dark Angel Trilogy. Benjamin Anderson was your average Joe working a nine to five job and going to the local pub after work for a drink to wind down. But Mr. Anderson has a darker side as well. One night while visiting a small pub he spots a young woman. Her broad smile and friendly nature grips him, and at that moment he realizes Aingeal must be his. Crawl into the mind of a psychopath as he lives the days leading up to their meeting and find out how the Evil Man was born.
Read more
Other Formats: Paperback 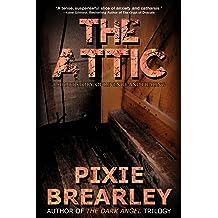 The Attic: A Short Story of Revenge and Healing (Bandages on the Soul Book 1) Oct 1, 2014
by Pixie Brearley , Pamela Rockcastle
( 6 )
$0.99
THE ATTIC is a story about a woman who faces the nightmares of her past to exact revenge on the one man that destroyed her childhood and turned her adulthood into a lonely and desolate place. It is the first in a series of short stories.
Read more 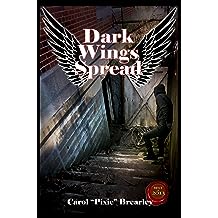 Dark Wings Spread (The Dark Angel Trilogy Book 2) Dec 1, 2013
by Pixie Brearley , Pam Rockcastle
( 7 )
$3.99
“Dark Wings Spread” picks up right where “Rise of the Dark Angel” leaves off. We watch as Aingeal rides a rollercoaster of emotion. From the highest of highs encompassing love, contentment, and peace to the lowest of lows entwined in a thorn bush of loneliness, despair, and depression. As sad as we are for our heroine, her negative emotions culminate in anger and it’s her anger that brings the Dark Angel back to life.
Like a phoenix rising from the dead, Aingeal takes justice into her own hands and becomes the jury, judge, and executioner. It’s feels good to have her back. In “Dark Wings Spread,” Aingeal takes on an accomplice who becomes a friend and a lover. We start to see her begin to reopen her heart and to once again find a glimmer of happiness.
Carol “Pixie” Brearley has done what few authors have accomplished. She has written a sequel that outshines her debut. She has written a dark thriller whose emotion leaves the pages of the book and enters our souls.
Dark Wings Spread is a hypnotic, adrenaline filled ride that will leave you breathless. The ending will pierce your heart and leave you begging for the third installment of the Dark Angel Trilogy."

~ J. M. LeDuc, author of Cursed Days, book three in the Trilogy of The Chosen
Read more
Other Formats: Paperback 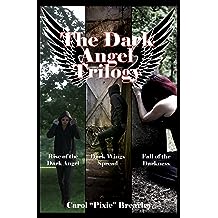 The Dark Angel Trilogy Sep 10, 2013
by Pixie Brearley , Pamela Rockcastle
( 2 )
$9.99
A collection of all three books of the Dark Angel trilogy in one; includes RISE OF THE DARK ANGEL, DARK WINGS SPREAD AND FALL OF THE DARKNESS. Watch Aingeal transform from a sweet and innocent girl, to a frightened victim and finally to a cold and calculating instrument of revenge. Follow her through her journey and be prepared for a few twists that will leave you in tears.
Read more 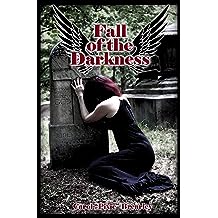 Fall of the Darkness (The Dark Angel Trilogy Book 3) Sep 9, 2013
by Pixie Brearley , Pam Rockcastle
( 6 )
$3.99
FALL OF THE DARKNESS is the final book in the Dark Angel trilogy. When we last saw our heroine she was sitting over the body of her lover Hudson, who had been shot. Just as she is about to confess her love she is knocked out.

Waking she finds herself in a very dangerous situation, with no clue as to the condition of her companion other than a blood stained floor. Aingeal comes head to head with her worst nightmares in a battle that could be her last. The question is who will survive?
Read more
Other Formats: Paperback 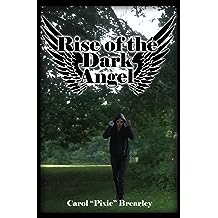 Rise of the Dark Angel (The Dark Angel Trilogy Book 1) Jul 22, 2012
by Pixie Brearley , Pamela Rockcastle
( 13 )
$2.99
Aingeal was just like any other young woman in NYC. She knew the dangers, was safe most of the time but occasionally she forgot how dangerous it was. One night on her way to work her world was turned upside down by an evil man and she would never forget again.
Survival alone was not an option for her. Revenge would be the only way to clear her soul of the darkness placed by that man, and if a few criminals are taught a lesson along the way all the better. Aingeal rises up out of the darkness to take on the devil that haunts her. The only thing keeping her from going over the edge is her boyfriend Dean but if he ever found out her secret he would not only break her heart, he would ruin her plans. So by day she is still the sweet woman she was before, but by night she is The Dark Angel.
An edgy psychological thriller, Rise of the Dark Angel is not for the faint of heart with some mild violence and references to sexual abuse and torture.
Read more
Other Formats: Paperback