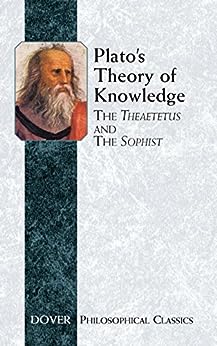 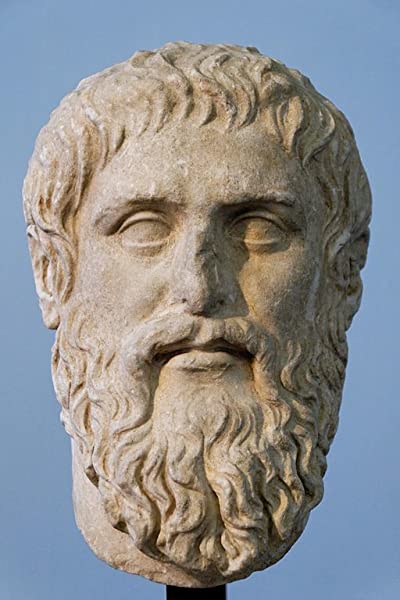 by Plato (Author), Francis M. Cornford (Editor, Translator) Format: Kindle Edition
See all formats and editions
Sorry, there was a problem loading this page. Try again.
Translated by the noted classical scholar Francis M. Cornford, this edition of two masterpieces of Plato's later period features extensive ongoing commentaries by Cornford that provide helpful background information and valuable insights. Both works pose eternal questions that keep these dialogs ever-relevant not only for students of philosophy but also for every reader and thinker. The Theatetus offers a systematic treatment of the question, "What is knowledge?" Most of the dialog takes place between Socrates and the student Theatetus. Among the answers they explore: knowledge as perception; knowledge as true belief; knowledge as true belief plus an account (i.e., a justified true belief); as well as variations on each of these answers. Like most Socratic dialogs, the Theatetus ends without a definitive answer — leaving the subject open for the reader's further consideration. In the Sophist, a related dialog, Plato redefines the term "sophist," which hitherto had connoted one who gives sophia (wisdom) to his disciples. Plato depreciated the term, and ever since, in philosophy, sophistry indicates the deceptive exploitation of linguistic ambiguities. The dialog follows Socrates' cross-examination of a self-proclaimed true philosopher, The Stranger, on the distinction between philosophers, statesmen, and sophists.
Read more
Previous page
Next page

Plato ranks among the most familiar ancient philosophers, along with his teacher, Socrates, and his student, Aristotle. In addition to writing philosophical dialogues — used to teach logic, ethics, rhetoric, religion, and mathematics as well as philosophy — he founded Athens' Academy, the Western world's first institution of higher learning.

Library of Liberal Arts title. --This text refers to an out of print or unavailable edition of this title.

Plato (428-348 BCE) was a philosopher and mathematician in ancient Greece. A student of Socrates and a teacher of Aristotle, his Academy was one of the first institutions of higher learning in the Western world. He is widely regarded as the father of modern philosophy.

Daniel
2.0 out of 5 stars Commentary replaces too much of the dialogue
Reviewed in the United States on August 24, 2017
Verified Purchase
This book is good only if you want the translator's commentary on Plato's two works Theaetetus and Sophist. For Theaetetus, most of the dialogue is present save for a few spots the commentary replaces what it deems "tedious text". Granted the commentary is nice for helping understanding the whole trilogy (Statesman is absent but rounds out the discussion within this volume) and how Plato compares to other philosophers of the time like Aristotle. But this is why I give it two stars, when it comes to the Sophist, nearly the entire dialogue is replaced by the commentary on the grounds that the modern reader would find it very boring. After nearly twenty pages of commentary, you finally get to the dialogue and it lasts for about two paragraphs and then back to twenty more pages of commentary. If you want to read somebody's thoughts on Plato's two works, Theaetetus and Sophist this book is fine. If you want to read Plato's actual dialogues Theaetetus and Sophist, I would recommend looking else where
Read more
One person found this helpful
Helpful
Report abuse

Ellery N Beard
5.0 out of 5 stars F.M. Cornford is necessary for readers of Plato!
Reviewed in the United States on April 24, 2018
Verified Purchase
You can't go wrong with the commentary of Francis Macdonald Cornford. The aspiring Plato disciple should absolutely get this along with his other translation/commentary volumes, e.g. "Plato and Parmenides" (the Parmenides), "Plato's Cosmology" (the Timaeus), and possibly the Republic.
Read more
Helpful
Report abuse

David Kn.
5.0 out of 5 stars Plato and Cornford
Reviewed in the United States on March 28, 2008
The author credits for this book should really include Francis M. Cornford, the early 20th century classicist whose commentary accounts for more words in the text than do his translations of the actual dialogs. Some might find the constantly interjected commentary annoying - I found it very helpful. So much so that after reading "Plato's Theory of Knowledge", I purchased a used copy of Cornford's out-of-print "Plato and Parmenides", which I am still in the middle of reading. Between the two, they have much improved my understanding of the philosopher, Plato.

I am not a Platonist by any stretch of the imagination. When it comes to any of the subject matter of philosophy, I am constantly led to the simple conclusion that Plato was wrong - he wasn't right about anything! But Plato's importance in the history of philosophy is another matter, entirely. Where Cornford's books shine is in placing and interpreting Plato in his historical context, and showing how, in that context, Plato's ideas were insightful, even brilliant, and represented huge conceptual advances over what had gone before.

The three dialogs in these two books (the Parmenides, Theaetetus, and Sophist) show Plato acknowledging the immense debt he owed to two philosophers who had gone before - Heraclitus and Parmenides (the influence of the other great pre-Socratic, Pythagoras, in these dialogs is more subtle, but still detectable). The ideas of Heraclitus and Parmenides - both of whom still had followers in Plato's day - were ground breaking, but taken alone, either system had major problems. The relentless logic of Parmenides seemed to show that the perceptible world with its movement and diversity - all that we know - could be nothing but illusion. On the other hand, Heraclitus' insistence on the ubiquity of change seemed to deny the possibility of stable objects of knowledge, and hence, of knowledge itself. Cornford presents Plato's theory of Forms as a rich and flexible alternative to these prior views. It becomes clear that, whatever its ultimate failings as ontology or even epistemology (my analysis, not Cornford's), the theory of Forms was a much better way of thinking about the world than any that had arisen before, in the Greek world.

As an added benefit, Cornford, in numerous asides, throws much light on the differences between Plato's Forms and the Categories and logic of Aristotle, which the distance of time, and the incorporation of elements of both into Christian theology in the middle ages, might otherwise cause to be conflated.

I strongly recommend these books to anyone interested in Greek thought, or the history of philosophical ideas.
Read more
21 people found this helpful
Helpful
Report abuse
See all reviews

Etienne
2.0 out of 5 stars Commentary in place of dialogue
Reviewed in Canada on May 4, 2019
Verified Purchase
I'll echo what another reviewer has said. The commentary is really interesting, but it is intrusively put in the dialogue, and in the case of the sophist major parts of the dialogue are replaced by an account of the commentator

I'd say this book is probably good for someone who is already familiar with both dialogues but I'd advise something else if you are reading the dialogue for the first time. I ended up reading the Sophist online and went back to the commentary after because most of the original dialogue is cut out of this version and replaced with commentary
Read more
Report abuse
See all reviews
Report an issue
Does this item contain inappropriate content?
Report
Do you believe that this item violates a copyright?
Report
Does this item contain quality or formatting issues?
Report