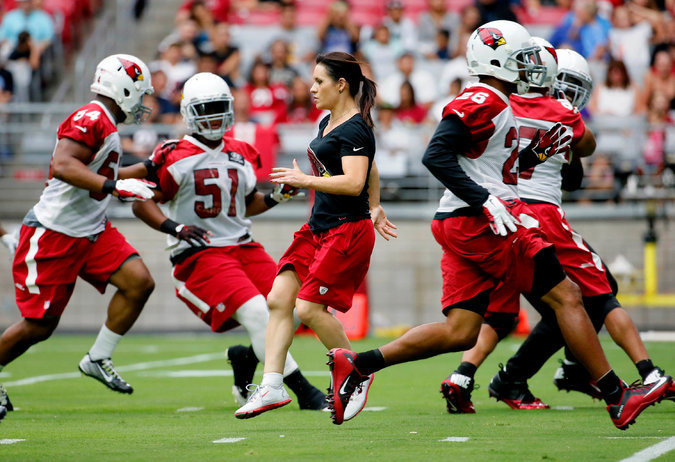 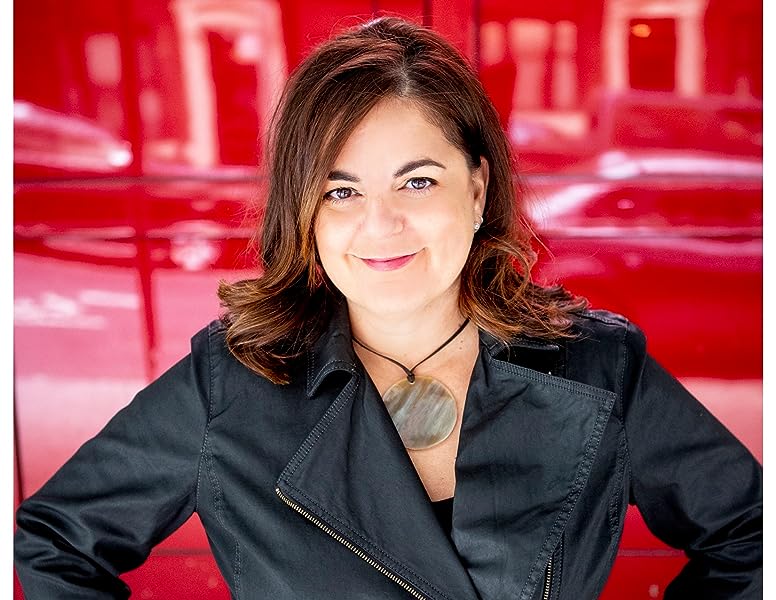 Play Big: Lessons in Being Limitless from the First Woman to Coach in the NFL Hardcover – October 3, 2017

"When I met Jen, I saw the passion in her. Not just in her voice or a particular word she said-in her whole person. It was easily recognizable that the insights and experience were there. Her resume spoke for itself. But her enthusiasm about the game, her expertise, and being able to teach what she knew, I thought was very evident in the first meeting. That's why I hired her. Anyone reading this book will be inspired by her drive and learn from her journey. She has a different perspective on how to teach that extends beyond the field."
--- Bruce Arians, Arizona Cardinals Head Coach
―-

"Jen Welter is a master of change, not only for the NFL but for women in society. I'm proud of everything that she has done to change perception and reality for the Next Generation. Jen is a force and is one of the most qualified people I know on change."
--- Nancy Lieberman, Sacramento Kings Assistant Coach, Basketball Hall of Fame Member
―-

"If you're thinking about taking a road less traveled, then Play Big is the book for you! Dr. Jen Welter does a great job describing what it takes to be a pioneer in sports and how to break down barriers."
--- Warren Moon, Pro Football Hall of Fame Quarterback, 2006―-

"Every human being has days when they lack confidence and motivation for their dreams. Reading this book is literally having NFL's first female coach cheering you on to get out there and fight for what you deserve. Jen's candid voice, perseverance, and vivid anecdotes will give you the inspiration to tackle anything."
--- Claudia Chan, CEO of S.H.E. Summit & Author of This Is How We Rise―-

"Play Big serves as inspiration for anyone who wants to shatter tradition. Dr. Jen Welter's journey gives great insight into working in sports and making your dreams a reality."
--- Dave Meltzer, CEO of Sports 1 Marketing, and Bestselling Author
―-

Dr. Jen Welter is the first female to coach in the NFL. In summer 2015, she served as a linebackers' coach for the Arizona Cardinals. She appears regularly as an NFL and sports analyst on NBC, ESPN, and the NFL Network and in national newspapers and other publications. Welter has become a regular empowerment and sports speaker, asked to stump for Hillary Clinton on the election trail in 2016, and sharing the stage at events with sports and political giants like Serena Williams and Condoleeza Rice at events across the country. ESPNW just named her one of the twenty-five most influential women in sport in 2015.

Welter holds a doctorate degree in Psychology, a Master's in Sport Psychology, and a bachelor's degree from Boston College. She has eighteen years of experience in fitness and as a professional athlete. Welter is a native of Vero Beach, Florida.

Start reading Play Big on your Kindle in under a minute.

4.5 out of 5 stars
4.5 out of 5
49 global ratings
How are ratings calculated?
To calculate the overall star rating and percentage breakdown by star, we don’t use a simple average. Instead, our system considers things like how recent a review is and if the reviewer bought the item on Amazon. It also analyzes reviews to verify trustworthiness.

Dr. Michelle Deering
5.0 out of 5 stars I just finished reading Dr. Jen Welter's Play Big ...
Reviewed in the United States on January 10, 2018
Verified Purchase
I just finished reading Dr. Jen Welter's Play Big.
Trailblazing passionate personable candor that is lived in the person of Dr Jen Welter. This is what makes Play Big so appropriate for tackling issues of opportunity, diversity, leadership, and teamwork.
Play Big magnifies the importance of being yourself, maximizing your strengths, and living your passion as you pursue your dreams. Her story is an encouragement to both genders and depicts a hopeful view of the men who play in the NFL; men who are insightful, supportive, and eager to do the right thing.
Much kudos to Dr. Welter for writing her book and being a champion for the next generation of young girls (& the young guys they will likely encounter) as they learn to Play Big in their own life pursuits!

JENNIFER WELTER
5.0 out of 5 stars Step into my cleats! Read my book
Reviewed in the United States on November 28, 2017
Verified Purchase
This life is not easy, in fact at times it is hard, but I believe there is greatness for each one of us out there. This was a hard book to write. There were so many stories I wanted to tell, and so many ways they could be told. One of the best complements I ever received came from Coach Williams, when I was playing on the Texas Revolution. He said, "Welter, if I could take the heart out of your chest, and put it in each one of these men, we would be undefeated." So, in this book you have a piece of my heart, and insights into my mind as well. I hope this book starts as a beginning, a catalyst for telling more great stories of the women in football, insight into how men can be amazing champions for women, as they have been for me, a challenge for you to live priceless and love your own brand of crazy, and of course permission to laugh a whole lot along the way.
Read more

J
5.0 out of 5 stars Need motivation? Read this. Want to become a better leader? Read this. Do you have a daughter? Read this. A MUST READ!
Reviewed in the United States on June 1, 2018
Verified Purchase
I would recommend this book to any girl or woman looking for inspiration and motivation whether it be for school, a sport, or even a career. I cannot thank Dr. Jen Welter enough for publishing this book and sharing her experience with us. Too often we, as females, shy away from something that is considered "a man's world," or "the boys club." Working in the TV/Film industry, I see that all too clearly. We need to remember we are strong, independent, and have the power to do anything we set our minds too. Dr. Welter draws the curtain for us to see what we can accomplish when we choose to not let the "no's" affect our goals and passions. This book impacted my career in which I'm going for a dream job I never thought I would, or even could, strive to get.

This is a must read. Don't take my word for it...read it yourself and you'll understand! It's a smooth read; you won't be able to put it down once you begin.

Cris
5.0 out of 5 stars Must-have Leadership Reading
Reviewed in the United States on October 7, 2020
Verified Purchase
Although written from her perspective in the sports world, Dr. Welter's insights and expertise are vital learnings for emerging leaders across industries.
Read more
Helpful
Report abuse

kristabella
3.0 out of 5 stars A little boring
Reviewed in the United States on August 26, 2018
Verified Purchase
Does not really "grip" you into finishing it
Read more
Helpful
Report abuse

Barbara Harwell
5.0 out of 5 stars Play Big Delivers on Limitlessness!
Reviewed in the United States on October 23, 2017
Verified Purchase
When Bruce Arians hired Jen Welter for the Arizona Cardinals organization I was so proud of that decision, especially since I am an avid Cardinal fan and a woman who loves football. After Jen's entrance into the NFL, I began to follow her career with great interest. Now that I know the inside story from Jen's perspective I am even more proud and inspired. In this book, she does an amazing job of reaching out to people "where they live" and conveying a message of hope, perseverance, diversity and the benefits of sheer chutzpah. It is an easy and interesting read filled with depth, honesty, and insights from a master change-agent.
Read more
One person found this helpful
Helpful
Report abuse

Alex King
5.0 out of 5 stars An Excellent Story and Roadmap to Following Your Passion
Reviewed in the United States on November 11, 2017
Verified Purchase
I absolutely love #PlayBig! The inspiration Dr. Welter left on notes to your Cardinals players is so heartwarming. It's a reminder that NFL players are literally putting their hearts and minds into the game they love. Thank goodness for the opportunity to coach and mentor these guys who pour everything they have. I also really enjoyed reading Dr. Welter's personal story on playing football with the men. She has handled so much adversity in your life! She even had to choose football over a relationship that just wasn't going to work out, but that shows her love and dedication to the game. Thanks for telling your story and encouraging me to play big in my own life, as I try to find out what that means for me. The tips in each chapter were made like the notes that she left each of the players. I actually needed the advice that she provided, and she has a wealth of information and life experiences to share with the American public. What a truly accomplished woman! She has truly broken the glass ceiling. Up next: Female NFL player. Any takers?
Read more
One person found this helpful
Helpful
Report abuse
See all reviews

Jeff
5.0 out of 5 stars I have read some great books on leadership
Reviewed in Canada on April 26, 2018
Verified Purchase
I have read some great books on leadership, written by some great coaches, and I can say without a shadow of a doubt this is the best book I have ever read! Any preconceived notions I had about it where quickly erased and it immediately had me hooked from the start.
If your someone struggling with taking the next step in something, chasing you dream or in a bad situation that you need to get out of than I highly recommend you pick this up!
I’ve taken lots away from this that I will apply to both my life and my coaching, and in all seriousness the message it sends to women and young girls about chasing dreams is so good that I am saving it until My daughter, who is 2, is old enough to read and comprehend the content, because I feel this message is that powerful.
If your into reading pick it up!!!