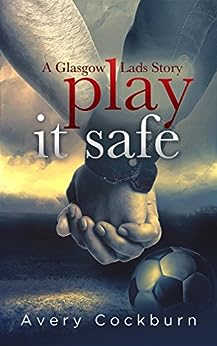 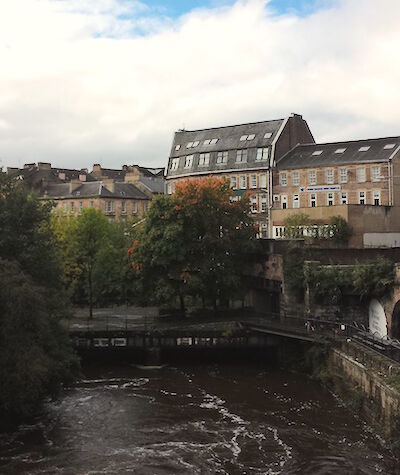 Fergus's fears were confronted in the most entertaining (for us) way imaginable and I loved that John was willing to go along with anything to meet Fergus's needs...The resolution, when it came, was satisfyingly mushy, and hard earned after all the angst these two overcame.
--Donna, Love Bytes Reviews

This is the true beginning to John and Fergus's happily-ever-after, as they work through one final obstacle so they can start their future together. And I must say, they got a little creative in a fun and seductively suggestive way...I'm head over heels for this series and its characters.
--Lisa, The Novel Approach

Spifette
4.0 out of 5 stars A fun, steamy bonus with Fergus and John
Reviewed in the United States on April 2, 2016
Verified Purchase
Here’s what you need to know: we get to spend more time with Fergus and John in this delectable novella, the two main characters from Playing For Keeps, book one in this series that focuses on different duos in each book. That means this is a bonus little ditty, allowing us to see them a few months into their relationship, learning how to share living space, communicate, and talk about their future.

Also, this is steamy. Did I mention steamy? Yeah, steamy.

This story is all about the characters, no grand event or events, no sports or politics to be found in a big way. I liked that, I liked Fergus and John being the focus because they’re worthy of it.

I have to say something about this, though: the word “clean”, to indicate an HIV-negative status, is used several times during a single conversation and it grated every time. Take note, author, and don’t do that, even if you think your characters would speak that way. Don’t perpetuate the false image that anyone with HIV is dirty. Just don’t.

Back to the steam, and the humor and the fun, because we get all of those here. Having just recently been to Glasgow, it was fun imagining the characters in any of the real places used as settings in the story. I might have to go back and re-read the first two books in this series to see where else I might recognize.

Be aware that the story itself stops around 75% on the kindle, with the majority of the remainder containing the first chapter of book three in the series, called Playing With Fire, involving Robert and Liam’s story.
I enjoyed this little jaunt and was happy to see Fergus and John making a pretty darn good go of it.

susana
5.0 out of 5 stars A nice follow-up story
Reviewed in the United States on July 19, 2017
Verified Purchase
After three months living together, John is ready to move their relationship a step further… But Fergus is not ready to commit that much, and that hurts John more than he expected. Maybe, a discovery trip to a bathhouse may help find the limits of their relationship….
A follow up story on Fergus and John. Fergus obviously has not get over the issues generated by Evan desertion, and that hurts John. Trying to show John that he trusts him, they plan a trip together to a bathhouse, where they play a game of sorts which ends with Fergus realising how much he trusts John, how worthy the other man is worthy of his love. The surprise at the end is great.
Read more
One person found this helpful
Helpful
Report abuse

~Jenny Is My Name~
4.0 out of 5 stars Short and sweet! I loved it!
Reviewed in the United States on March 14, 2016
Verified Purchase
Just a short read about Fergus and John...
John wanting to skip out on condoms and Fergus not sure if he's mentally ready to go there yet, I mean it's only been 5 months and while I can see where he's coming from, they are committed to each other, living together, if he doesn't trust John by then, I dunno that he ever will..
BUT, a trip to a bath house that I was convinced was going to be a horrible idea, actually cemented things for Fergus and it ended amazingly. I love love love where they are as a couple now and I can't wait to see things progress from there.
I'm also very excited to read about Robert and Liam next!!
Read more
Helpful
Report abuse

A wonderful follow-up with John and Fergus. We also get some information on the friendship between Liam and Robert. Fergus has quite a few shocks wandering around the bathhouse while playing hide and seek with John.
Read more
Helpful
Report abuse

Abi
5.0 out of 5 stars Fun little read with a lead to the next story
Reviewed in the United States on November 24, 2015
Verified Purchase
A glimpse into Fergus and John's life and next steps in life, loved this short story and cannot wait till the next Lad of Glasgow. A must series that can be read as stand alone books although I strongly encourage to read them all, you will fall in love with them all. Love this author who has become and auto buy.
Read more
2 people found this helpful
Helpful
Report abuse

KaMeo
5.0 out of 5 stars Hide and seek
Reviewed in the United States on December 27, 2018
Verified Purchase
Insanely hot. Loved seeing John and especially Fergus take a detour outside their comfort zone and come out of it better, and more secure... and engaged.The chemistry between the two is amazing and their differences complete the other....
Read more
Helpful
Report abuse

grammy1
5.0 out of 5 stars Avery Love your series
Reviewed in the United States on July 16, 2018
Verified Purchase
Why cant I get enough of this series????? I am a review chair for a book guild. I get more to read than most for free....but I happened on this series.....and am all in!!!!
Reading next one as we speak....Love it!
Read more
Helpful
Report abuse

Nikki
3.0 out of 5 stars Fun & Sweet
Reviewed in the United States on March 24, 2017
Verified Purchase
Fun and sweet, though a little too short. Not quite enough time to build up some good tension. Definitely enjoyable for fans of the series, but not anything particularly mind-blowing.
Read more
Helpful
Report abuse
See all reviews

Kindle Customer
4.0 out of 5 stars Short but great
Reviewed in the United Kingdom on July 26, 2016
Verified Purchase
Loved this, my first introduction to the Glasgow lads. Characters well rounded and seems you know them from the off. Loved the comic touches and the sensitive subject matter that we all face. Can't wait to read the next book and continue throughout the series.
Read more
Report abuse

Amazon Customer
5.0 out of 5 stars Five Stars
Reviewed in the United Kingdom on May 22, 2016
Verified Purchase
Wow what an incredible story !
Read more
Report abuse

Frilly
4.0 out of 5 stars Four Stars
Reviewed in the United Kingdom on March 29, 2016
Verified Purchase
Loved this story and bought and read all of the wonderful books in the series
Read more
Report abuse

Sean Mark Kent
5.0 out of 5 stars Fun and like able.
Reviewed in the United Kingdom on May 30, 2016
Verified Purchase
On a par with the rest of this series. I really missed these guys when I got to the last book. Very engaging and like able.
Read more
Report abuse
See all reviews