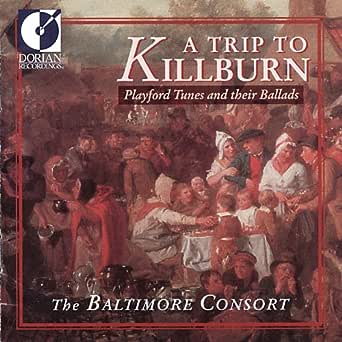 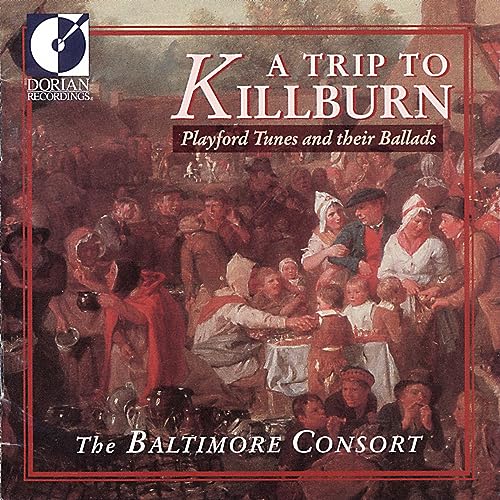 Playford, J.: Tunes and Their Ballads (A Trip To Killburn)

Will Lowe
5.0 out of 5 stars Wonderful
Reviewed in the United States on March 5, 2019
Verified Purchase
Any recording by the Baltimore Consort is truly outstanding. Impeccable and truly professional musicians.
Read more
One person found this helpful
Helpful
Comment Report abuse

Mick McClain
5.0 out of 5 stars Another beautiful offering from the Baltimore Consort
Reviewed in the United States on January 29, 2018
Verified Purchase
Another beautiful offering from the Baltimore Consort. They have had some personnel changes over the years, but the overall sound has always been peerless! I must have for any fan of the genre!
Read more
One person found this helpful
Helpful
Comment Report abuse

Steven Habiague
5.0 out of 5 stars Contains one extraordinary piece of Renaissance music. Well worth it!
Reviewed in the United States on April 4, 2014
Verified Purchase
Purchased for just one piece: A Trip to Kilburn. This is mesmerizing music, beautifully performed. I recommend the entire CD just for A Trip to Kilburn. You will not be disappointed.
Read more
2 people found this helpful
Helpful
Comment Report abuse

Kuzushi
5.0 out of 5 stars Great historical music
Reviewed in the United States on November 16, 2013
Verified Purchase
This album is a joy to hear. The songs are mostly upbeat and are very well played. I am so glad I found the Baltimore Consort.
Read more
Helpful
Comment Report abuse

Mervyn Capel
4.0 out of 5 stars Playford's Music Comes Home Via Baltimore
Reviewed in the United Kingdom on March 19, 2019
Verified Purchase
Another reviewer on this site suggests this record is too sedate! Perhaps Americans expect EVERYTHING that's "traditional" to be 'Yee-hi!', a Grand ol' Oprey Hoedown!
Certainly there's nothing to whoop at after each song, which seems to be the Transatlantic response to any live performance, an annoying trend that has even found its way to London's Globe Theatre and the Proms! Why do they do it? Do they think it's a rodeo?
But I digress.
I enjoyed this CD very much......Playford's collection of tunes & airs is so important. Folk Music would be lost without him, yet in Britain he's barely known. For many years my only record of music from his anthology was the folk-rock "Compleat Dancing Master" made by Ashley Hutchings & Co back in the early Seventies. Yet Playford's tunes are everywhere, usually uncredited. Recently I've come across Playford CDs by the City Waites and the Broadside Band.
This CD is not the one to buy it you want to study the tunes or learn the dances. For that you need the Broadside Band's disc. ...and that IS sedate! Some of the Baltimore tracks are instrumental, but a good many are sung vocals, the emphasis being on the songs, tunes and dances themselves, not as Playford set them down in black and white.
It's interesting the way English, Scottish & Irish songs & tunes from the Seventeenth & Eighteenth Centuries have largely been kept alive by being taken to North America by migrants, but since the 1950s have been coming back home in performances by everyone from Joan Baez to this Baltimore band.
It is a good, varied selection, well sung & played in a "historically authentic" way on acoustic instruments. The soprano singer sounds Scottish, and the album ends with her nine-minute rendition of one those Elizabethan-era "rape-and-marriage" ballads, one I remember Steeleye Span recorded as "Royal Forester."
I've seen footage of this ensemble in concert on Youtube. Their "live" album is probably more extroverted than this, but this is all good stuff.
Read more
Report abuse
See all reviews