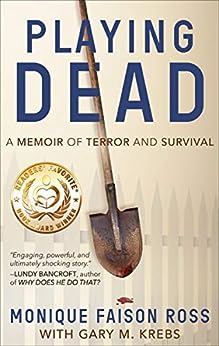 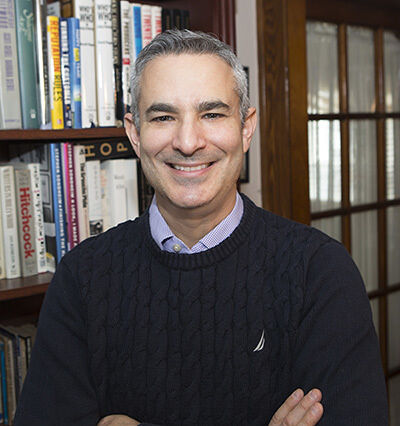 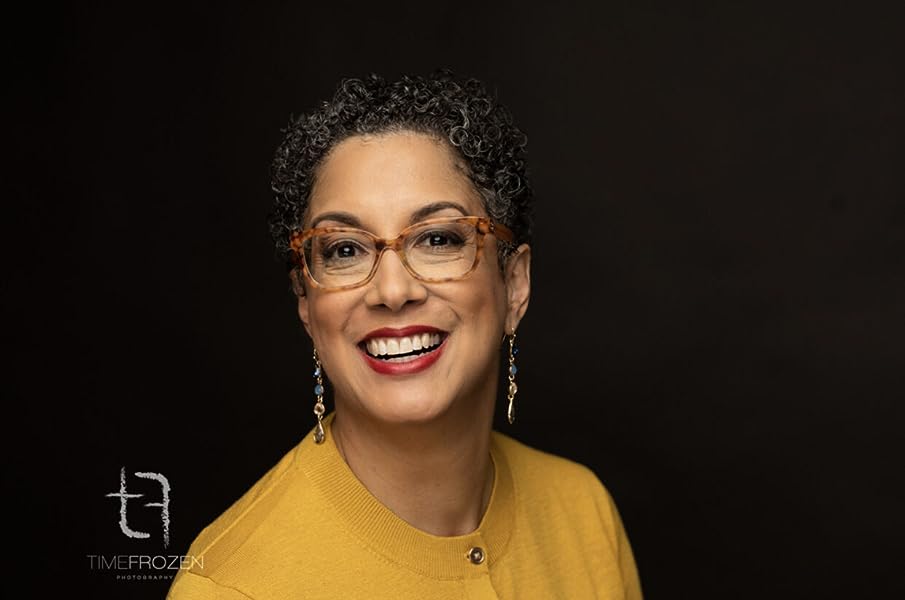 Playing Dead: A Memoir of Terror and Survival Kindle Edition

Monique Faison, the daughter of San Diego Charger’s football great Earl Faison, married her high school sweetheart soon after she discovered she was pregnant with his child. Her relationship with Chris had always been shaky, but his verbal abuse only increased—and then gave way to physical attacks. Eventually, Monique took their children and left. That was when the stalking and serious threats began.

Nothing stopped him—not protection injunctions, police warnings, or even arrests. One fateful Monday morning, Chris kidnapped Monique in front of her children. After a nightmarish car ride that involved car crashes and rape, Chris beat her on the head with a shovel and abandoned her brutalized body in the woods, presuming she was dead. But playing dead was what saved her life.
Read more
Previous page
Next page

Monique Faison Ross was born in San Francisco and grew up as an only child in San Diego, California. She considers herself an accidental author. She recently accepted a seat on the Fatality Review Task Force for Connecticut. Her writings have appeared in Lilith Magazine and other publications. Monique is married and lives in Connecticut. She has four children and one grandchild.

Janina Edwards, an Earphone Award-winning narrator, is a graduate of the acting program at New York University's Tisch School of the Arts.

Novelist, screenwriter, nonfiction author, book collaborator, literary agent, and former book publisher and editor, Gary M. Krebs is the founder of GMK Writing and Editing, Inc. He received his BFA from the Dramatic Writing Program, Tisch School of the Arts (NYU). Gary has collaborated on numerous books, including Playing Dead (with Monique Faison Ross), Wealth Made Easy (with Dr. Greg S. Reid), and Creating Sales Stars (with Stephan Schiffman). He lives in Fairfield, Connecticut, with his family and two cats.

"Playing Dead is poignant and compelling, arousing the anger of the reader and their sense of compassion for the victim. It is bold and told with unwavering honesty. It is easy to applaud the courage and intelligence of Monique Faison Ross, especially at the moment when she feigns death to escape the cruelty of her husband. She is wise and she makes decisions to protect herself, something that is rare in people who suffer from a cycle of abuse. The writing is beautiful and the chapters are well-crafted, each chapter ending with a curious note that pushes the reader to turn to the next page. Playing Dead: A Memoir of Terror and Survival is a gripping real-life story that gives readers chills and has them rooting for the author. A powerful indictment of domestic and spousal violence!" Christian Sia, Readers' Favorite

"Most stories of abuse chart physical and psychological challenges. By going a step further to document social safety programs, ineffective efforts, and many circumstances where the author felt she wouldn't survive, readers receive a thought-provoking probe that goes beyond most to document various levels of survival and recovery--economically, psychologically, physically, legally, and socially.

Her story is one that needs to be widely disseminated. It's a powerful portrait of manipulation, psychological and physical violence, and the options for moving forward and away from a life of terror." Diane Donovan, Senior Reviewer, Midwest Book Review --This text refers to the paperback edition.

Amazon Customer
5.0 out of 5 stars I couldn’t put it down!
Reviewed in the United States on October 9, 2019
I just finished reading Playing Dead. I couldn’t put it down. It intrigued me from the very beginning. I knew this story but didn’t know all the details. I loved how it walked you through the life of this couple as they grew through their struggles. I highly recommend this book.
Images in this review

jennifer gross
5.0 out of 5 stars A must read!
Reviewed in the United States 🇺🇸 on March 7, 2022
Verified Purchase
I really wish everyone would read this. It accurately reflects why so many survivors stay in abusive relationships for so long while also highlighting how perpetrators get away with stalking and abusive behaviors.
Read more
Helpful
Report abuse

Pat C
4.0 out of 5 stars Good quick read
Reviewed in the United States 🇺🇸 on December 27, 2021
Verified Purchase
Enjoyed this book as a short read. It reminds that we must be ever vigilant of our enemies. The police, try as they may, can really only do so much to protect us. God bless
Read more
Helpful
Report abuse

Kindle Customer
5.0 out of 5 stars Domestic violence is a horrible existence.
Reviewed in the United States 🇺🇸 on January 6, 2022
Verified Purchase
I enjoyed reading this memoir but so sorry for the experience the author went through that almost ended her life. Some people cannot live unless dominating others lives. They have mental problems or are very narcissistic.
Read more
Helpful
Report abuse

Jeannette Estrada
5.0 out of 5 stars To know the difference between a healthy or unhealthy realationship (toxic).
Reviewed in the United States 🇺🇸 on October 24, 2019
Verified Purchase
The book was recommended to me and it was a great summer read. One of the best I have read in a long while. Keep me at the edge of my seat, I couldn't put it down read it in a day in half. Highly recommend. Scary, but brave and very important to get the word out for the next generation speak about the difference between healthy and an unhealthy relationship.
How important it is to know the difference between healthy and an unhealthy (toxic) relationship. I recommend the book to anyone that is in a relationship whether you are a female or a male. Thank you for sharing such an important part of your life for awareness and helping us understand what an abusive relationship looks like even when we are in denial. I have had several of my friends read this book and that's all we talked about this summer. Some have revealed to me some of their experiences as well.

Gail Hein
5.0 out of 5 stars Resilience
Reviewed in the United States 🇺🇸 on February 23, 2021
Verified Purchase
Many women face and have faced spousal abuse and written about it. What makes this book stand out is the absolute resilience of Monique Ross and her determination to take care of her children. After her husband's horrific attack on her, she managed with severe injuries to summon help for herself and to stay alive for those children.
But even more than that, in spite of continuing PTSD, she came out on the other side of it, and has been brave enough to tell the story.
I recommend this book because it highlights how evil can have a charming exterior and the toughness required to defeat it and survive and thrive
Gail H
Read more
Helpful
Report abuse

Sandy
5.0 out of 5 stars Relationship nightmare
Reviewed in the United States 🇺🇸 on July 20, 2020
Verified Purchase
This book was riveting from beginning to end. As a high school teacher I would highly recommend this book be used with students in a life span, health, or family development class to warn them of the dangers of abusive relationships. As students are beginning to explore relationships in their life it is easy to mistake love and trust vs. power and control. They may be living this first hand or have a family experience they could relate to. Sometimes being an active participant you are blind to what's in front of you. Monique's experience is like so many and she is lucky to have survived this horrendous ordeal. Thank goodness for happy endings because this came way too close to being this family's worst nightmare.
Read more
Helpful
Report abuse

neilorie
4.0 out of 5 stars Riveting
Reviewed in the United States 🇺🇸 on October 1, 2019
Verified Purchase
first person account of an insidious progression of spousal abuse. Unusual in that it didn't appear to begin as physical abuse, but quickly amped up to stalking and near murder once she physically left her husband/abuser.
I was impressed with Monique's courage, determination and will to survive. This is not a criticism but more of a question; why is it that after some women deal with horrific relationships, they end up marrying women? Anyway, very well written and relayed to reader. She is a very strong minded lady, that's for sure. I identified a lot with her story. Not the same experience, but in the same ballpark.
Read more
2 people found this helpful
Helpful
Report abuse

Denise L.
5.0 out of 5 stars Unreal.....but real
Reviewed in the United States 🇺🇸 on September 4, 2019
Verified Purchase
This is a very intense story of a true survivor. From birth on, Monique has had to learn to survive, and later in life how to survive while protecting her kids. Against all odds, she survived and thrived. I found myself holding my breath a lot. Anyone who has gone through any type of abuse will relate. Those who haven’t may wonder why she took so much as long as she did. This would be a great book club book to discuss those two sides. Read this book, discuss with whoever will listen to you, use it to help yourself and others recognize signs of an abuser.
Read more
2 people found this helpful
Helpful
Report abuse
See all reviews
Report an issue
Does this item contain inappropriate content?
Report
Do you believe that this item violates a copyright?
Report
Does this item contain quality or formatting issues?
Report