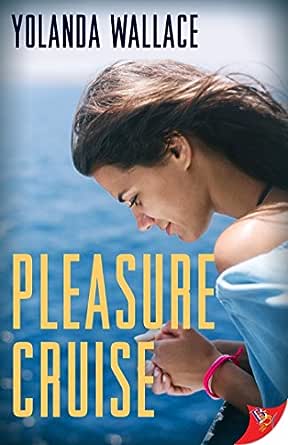 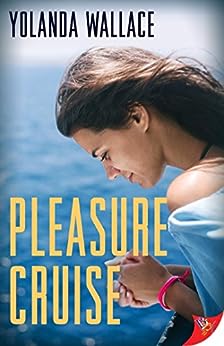 Yolanda Wallace is not a professional writer, but she plays one in her spare time. Her love of travel and adventure has helped her pen the globe-spanning novels Rum Spring, Lucky Loser, Murphy’s Law, The War Within, Break Point, True Colors, and the Lambda Literary Award winning Month of Sundays, as well as novels written as Mason Dixon, which include the Lambda Literary Award finalist Date with Destiny. Her short stories have appeared in multiple anthologies including Romantic Interludes 2: Secrets and Women of the Dark Streets. She and her wife live in beautiful coastal Georgia, where they are parents to two children of the four-legged variety. She can be reached at yolandawrites@gmail.com. --This text refers to the paperback edition.

Medina Gustavsson
4.0 out of 5 stars Feel-good romance with a touch of thriller
Reviewed in the United States on July 17, 2018
I've been really wanting to try a second Yolanda Wallace book since I read Tailor Made. This one I was not quite as into but there were still aspects of it I really liked.

The basic plot of this is that Amy Donovan, director of an all-lesbian cruise called Sisters of Sappho, falls for one of her passengers, a woman named Spencer Collins--despite rules that say employees and customers can't get together. Meanwhile, though, a fitness instructor on the cruise is trying to extract herself from working as a low-level drug mule. Also, a number of other lesbian couples on the ship have their own subplots.

I really liked the thriller aspect of this book. Jessica, the fitness instructor, just had the most interesting plot thread to me. Her on and off relationship with Breanna has a lot of tension (will they get serious or not?) and trying to disentangle yourself from a gang is more interesting to me than the rom-com of falling for a customer. Unfortunately, this meant I sometimes got impatient with Amy and Spencer's segments of the book, which were, well, most of it. They were really cute but I just didn't care as much about them.

A lot of the smaller subplots were cool as well. Some couples are characters from Yolanda Wallace's other books (which I have not yet read--I only know this because I saw it mentioned online), including Lucky Loser, The War Within and 24/7. Now I at least want to read 24/7, because I think it would have some of the thriller aspects I liked in this book, and the characters who appear here were just plain cool. Actually I wonder if I'd enjoy this book more if I'd read one or more of those books first, not that I needed to in order to understand the plot.

Overall, I'd recommend as a mostly feel-good summer romance, but my feelings aren't very strong. I received an ARC through Netgalley in exchange for an honest review.
Read more
2 people found this helpful
Helpful
Comment Report abuse

Ragdollprof
3.0 out of 5 stars A Slow Cruise
Reviewed in the United States on August 15, 2018
This is a romance with some suspense. Amy Donovan is a cruise director for SOS Tours, a lesbian travel company. Readers learn quickly that success of this cruise will help the company’s image which had been tarnished by a previous tour involving a hostage incident. Amy is greeting new passengers when she is instantly attracted to one passenger. That person is Spencer Collins, a software developer. Her parents are treating Spencer with this cruise in the hopes that their shy, workaholic daughter might meet some new friends and possibly a new love interest.

The suspense side of this book deals with Jessica, the cruise ship’s fitness instructor who has become involved with drug smuggling. Jessica wishes to open her own gym some day and has been banking the money made from smuggling to fund this dream. At the end of this trip, she has decided to stop being a drug mule. That is when the suspense starts.

I found the plot of Pleasure Cruise to be very predictable. Ms. Wallace spends a lot of time describing the boarding process and activities one might experience on a cruise. This portion of the book could have been minimized and more time spend on plot development. Also, the emotional chemistry between Amy and Spencer was not believable.

Some of the supporting characters in this book came from her previous book called “24/7” in which Ms. Wallace wrote about the tour group’s trip to Cancun where the hostage situation took place. Unlike that book, the characters in Pleasure Cruise were not as well developed. Because of this, I had a hard time connecting to them.

I do enjoy Ms. Wallace’s writing and look forward to her next book. I rate this book 2-1/2 out of 5 stars.

I was given this ARC in return for a fair and honest review.
Read more
Helpful
Comment Report abuse

I was given this ARC by Netgalley to review.
Read more
Helpful
Comment Report abuse
See all reviews