Pleasure Palace: New and Selected Stories and millions of other books are available for Amazon Kindle. Learn more
Share <Embed> 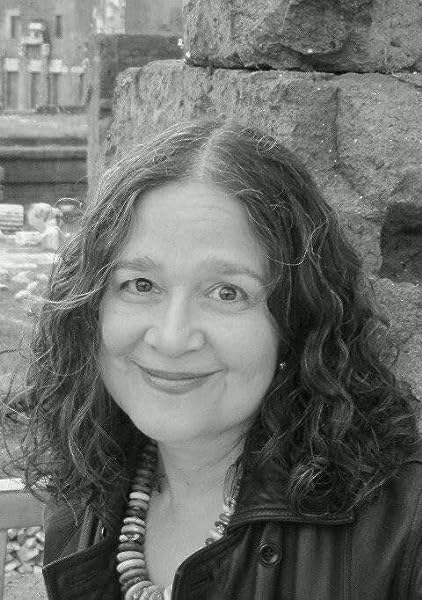 by Marian Thurm (Author)
5.0 out of 5 stars 1 rating
See all formats and editions
Sorry, there was a problem loading this page. Try again.
Read more Read less
Previous page
Next page

"[An] unsparing, ironic sensibility and killer eye for detail… Though her view of things is almost unremittingly dark, Thurm is always ready with a wisecrack to take the edge off.  [An] excellent author." -- Kirkus Reviews

Praise for Today Is Not Your Day: "Wry, elegant stories, à la Lorrie Moore and Amy Bloom… Thurm’s long-awaited new collection, again chronicling the frustrations and heartbreaks of contemporary domestic relationships with a brilliantly light touch. Thurm hits the funny/sad spot every time, whether the subject is bereavement, divorce, betrayal, or some other form of abandonment.” -- Kirkus, starred review

“With its concise and insightful prose and pitch-perfect dialogue, this is a collection to savor.” -- Booklist, starred review

“Marian Thurm is either a movingly compassionate observer of human foibles or a charmingly ruthless one. The best stories in her fourth collection suggest that she is both… [with] her keen gift for portraying the slippery, comical psychology of people who have a tough time believing this is how their lives have gotten kicked out from under them. She makes it all look effortless, and that’s no easy task.” -- New York Times Book Review, Editors' Choice

Praise for What's Come Over You?:  “… her most powerful stories showcase her ability to express deep emotion with a raw, naked intensity… Love and loss form myriad combinations in these quirky, funny, ironic, and heartbreaking tales.”
-- Publishers Weekly

“Thurm finds love everywhere and embraces all relationships: among parents and children, husbands and wives, friends, strangers, and lovers. Her protagonists are bad luck Charlies, likable and empathetic, fumbling through seemingly ordinary lives that Thurm’s deft hand raises to the extraordinary…these poignant, multilayered, pitch-perfect slices of life [are] filled with humanity and hope despite frequent betrayals and abandonments.” -- Kirkus

Praise for These Things Happen: “What distinguishes these stories… is Ms. Thurm's ability to extrapolate whole lives from a few lines of dialogue, a handful of carefully selected observations. In many respects, the world she depicts is an absurdly contemporary one… and yet Ms. Thurm writes with such precision, such attention to psychological detail that she makes this world completely recognizable and true. More importantly, she is always careful to situate her characters within a dense matrix of relationships… we come to see her characters in the round, like beautifully shaped sculptures, rather than as simple portraits in a frame." -- New York Times

“Marian Thurm could moonlight as a consultant to the Census Bureau, since her wry, insightful second collection of stories is a compendium of contemporary alternatives to the nuclear family… her young mothers [are] among the fullest and most touching in contemporary fiction.” -- New York Times Book Review

Praise for Floating: “Marian Thurm writes with an authority that is always impressive… and that compels our innocent belief. Her stories are acoustically perfect… She writes so brilliantly of the battle of the sexes.” -- New York Times Book Review

“An exceptional collection of stories… vivid and startling… Thurm embraces the ironies and the absurdities of the ordinary world and transforms them into a series of small epiphanies.” -- Newsday

“Careful, assured, exact, she is a delight to read. She has a fine ear for the way people talk, a clear head and a heart that is almost broken—‘almost’ because there’s humor and wit and a glimmer of hope.” -- Chicago Tribune

Marian Thurm is the author of seven novels and four short story collections, including the most recent, Today Is Not Your Day, a New York Times Editors’ Choice. Her novel The Clairvoyant was a New York Times Notable Book. Her short stories have appeared in the New Yorker, the Atlantic, the Michigan Quarterly, Narrative Magazine, the Southampton Review, and many other magazines, and have been included in The Best American Short Stories, and numerous other anthologies. Her books have been translated into Japanese, Swedish, Dutch, German, and Italian. She has taught at Yale and Barnard, in the MFA programs at Columbia University and Brooklyn College, the Writing Institute at Sarah Lawrence, and at the Yale Writers’ Workshop.
Start reading Pleasure Palace: New and Selected Stories on your Kindle in under a minute.