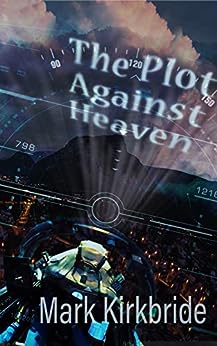 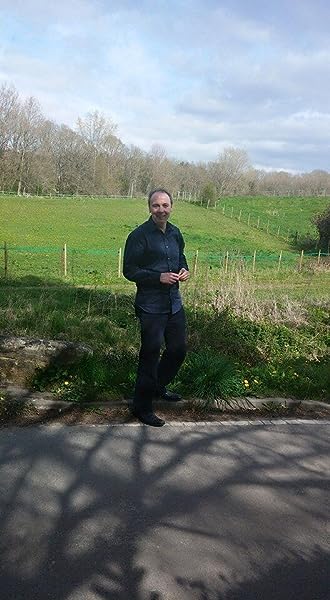 The Plot Against Heaven Kindle Edition

3.9 out of 5 stars
3.9 out of 5
22 global ratings
How are ratings calculated?
To calculate the overall star rating and percentage breakdown by star, we don’t use a simple average. Instead, our system considers things like how recent a review is and if the reviewer bought the item on Amazon. It also analyzes reviews to verify trustworthiness.

avid reader
4.0 out of 5 stars Ah the old stories are always best!
Reviewed in the United States on November 29, 2020
Verified Purchase
I loved this modern take on the timeless tale of the living person who breaks into the after-life. It’s certainly been around since Homer sent Odysseus to visit Hades, so that’s pushing 3 millennia, but I bet it’s much longer than that, actually. What is there after this? Where do dead people go? Aren’t those amongst the questions at the very heart of the human condition?

Kirkbride does it well, and his story manages to be gripping and funny and touching all at once, which is quite a feat. I like the fact that he’s made a modern god, in a modern afterlife, with modern issues. I never could understand why we dress God in a sheet with nothing but endless harp-music, or that Satan is still relying on brimstone and magic. What’s the point of them if the best they can manage is stuff from the dark ages? And if God’s omniscient, he’ll surely have discovered spotify by now…

The Greeks didn’t have this anachronizing zeal: they dressed their gods in quite the same clothes as they wore themselves and gave them all their own technologies. The same appetites too, and the familiar petty vices. They did not use them for moralising and mystifying, but to tell stories about their own lives and troubles, just as Kirkbride does.

My only criticsm of this so-called book is that its really just a short story – weighing in at only just over 60 pages. Partly I’m disappointed because it finished before I was ready, but also it meant that it lost a lot of opportunities, and had a lot of “rushing through”. At times that worked well – but he could have done a lot more with this story if he’d given himself more space. The world building was started but not finished, the politics of the place were significant, clearly, but largely untold. It’s a rip-roaring yarn (just as Homer’s was) but it’s been done before and the questions aren't going away, so there shouldn’t have been a rush to get it out.

stephen glick
3.0 out of 5 stars Short book
Reviewed in the United States on April 22, 2021
Verified Purchase
I wish the book were longer and went into greater detail
Read more
Helpful
Report abuse

Behind the Pages
VINE VOICE
3.0 out of 5 stars For fans of stories that are not afraid to bring contradictory viewpoints to light
Reviewed in the United States on November 29, 2020
Paul is devastated by the death of his wife and determined to see her once again. But when he reaches Heaven in search of her, he will find that the pearly white gates are not what they seem. He is met with a divided military district and harsh treatment. Where are the angels and peace that Heaven is known for? In his quest to once again see his wife, Paul will see the temptation Hell brings and he will have to decide if he fights for Heaven or Hell.

The Plot Against Heaven may take a while to ground the reader in its world. I would have preferred a more detailed scene setting of Heaven before Paul begins to delve into the larger story. The rules and politics of the world seem to be lost in the mix as the emphasis focuses on Paul. However, given the treatment he receives, it isn’t hard to see why Paul is tempted by the Devil. Mark Kirkbride isn’t afraid to throw out the happy notions that surround Heaven and impose real world problems into it.

As Paul is learning of his situation and options, readers are given glimpses of the accident that took his wife away. The transitions between memory and the current timeline are a bit jolting, as there are no leads into or out of them. But the memories paint a picture of heartbreak and betrayal. Paul is desperate to see his wife again, but they remain separated by the rules of Heaven. Paul will do anything to see her again, even if that means bringing all of Heaven down around him.

In this fast paced novella, Mark Kirkbride brings to light how tempting the Devil can be and what desperation can do to a person. For fans of stories that are not afraid to bring contradictory viewpoints to light, The Plot Against Heaven is the ideal story for you.
Read more
Helpful
Report abuse

Brennan LaFaro
3.0 out of 5 stars Dark Fantasy, Heaven vs. Hell Satire
Reviewed in the United States on October 11, 2020
The Plot Against Heaven is closer to dark fantasy than horror, but oddly enough throws in a fair bit of satire and a hint of workplace comedy before all is said and done. Although I often skip the synopsis, I gave it a look in this case before taking the book on.

We’re dropped into the midst of the action as our first-person narrator, Paul, attempts to gate-crash Heaven in a bid to confront God after the wrongful death of his wife. It’s a lot to take in, but the elements for a truly interesting fantasy are certainly present.

Kirkbride draws the reader into this short novella with relatively brief chapters that move the action along, contributing few, if any, wasted words. The scenes that take place in Hell lean more heavily into parody than I expected, setting up the Devil as more of a punchline than a threat, or contributing to an overall sense of mythology. There’s nothing wrong with it, it’s pulled off well enough, and I found myself cracking a smile more than once. It’s simply not what I expected going in. Place that squarely on the shoulders of the reader, rather than the author.

Apologies for the mild spoilers, but there are two notable twists and turns toward the end. One feels overly forecasted, however the other, arguably the larger of the two, came through quite effectively.

If you’re looking for a fast, fun read, The Plot Against Heaven might just do the trick. There aren’t really horror elements present, and it feels more appropriate to call it Action Satire than dark fantasy, but if that’s something that interests you, check it out on October 3rd.
Read more
Helpful
Report abuse
See all reviews

Mr. R. Edgar
5.0 out of 5 stars Kirkbride a true genius
Reviewed in the United Kingdom on December 5, 2020
Verified Purchase
What can I say about 'The Plot Against Heaven.' Unputdownable, bought this book and was pleasantly surprised, refreshingly brilliant. It takes us to the depths of love and details the lengths a man will go to to try and confront God and get his wife back. Full of adventure and twists and turns that you won't see coming...the ending will leave you reeling. A must read....
Read more
Report abuse

Jose Tomas PerezGautreau
5.0 out of 5 stars Quirky and thought-provoking
Reviewed in the United Kingdom on January 23, 2021
Verified Purchase
How smooth is the Devil. I think it’s one of the most creative stories about grief, enjoyed it thoroughly. The language is very alive and narrative action packed, but it goes way deeper than you’d think. Recommended!”.
Read more
Report abuse
See all reviews
Back to top
Get to Know Us
Make Money with Us
Amazon Payment Products
Let Us Help You
EnglishChoose a language for shopping. United StatesChoose a country/region for shopping.
© 1996-2021, Amazon.com, Inc. or its affiliates