You've subscribed to Pluto's Ghost! We will preorder your items within 24 hours of when they become available. When new books are released, we'll charge your default payment method for the lowest price available during the pre-order period.
Update your device or payment method, cancel individual pre-orders or your subscription at
Your Memberships & Subscriptions
There was an error. We were unable to process your subscription due to an error. Please refresh and try again. 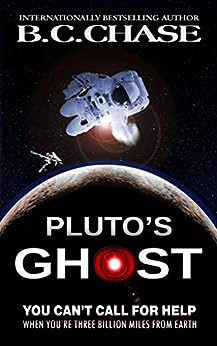 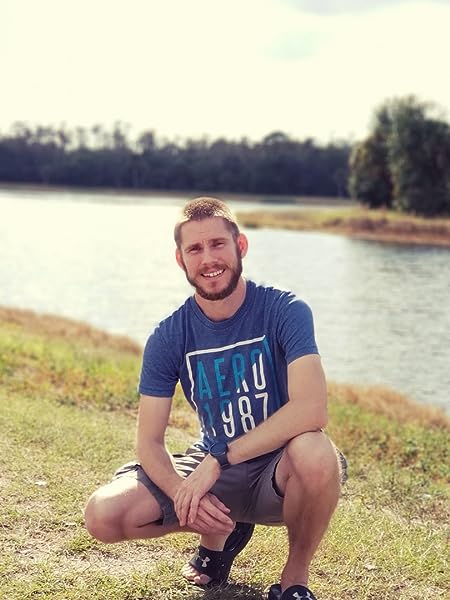 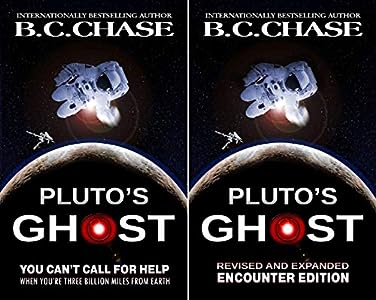 "Pluto's Ghost is a compulsively readable, twisty first-contact tale about a voyage from Earth to the edge of the solar system to meet mysterious aliens. The protagonist is an engagingly irascible elderly truck driver the aliens wanted along for reasons of their own, and his cranky-but-charming voice provides an excellent grounding for a tale full of physical, mechanical, and moral disasters. Pluto's Ghost is packed with mysteries and surprises, and filled with enough interesting engineering detail to thrill fans of The Martian." -Tim Pratt, Hugo Award-winning Author

"A FAST-PACED, EXCITING, AND SUSPENSEFUL THRILLER THAT WILL KEEP READERS ON THE EDGE OF THEIR SEATS.  FOUR OF FOUR STARS."
-ONLINEBOOKCLUB.ORG

"SOMETIMES DIFFERENT IS BETTER.  THAT'S THE CASE HERE.  FAST AND FUN."
-THE OKLAHOMAN

B.C.CHASE is the internationally bestselling author of the Paradeisia Trilogy, which critics have hailed as one of the greatest franchises of our time.* His electrifying talent for combining the latest in scientific breakthroughs with edge-of-your-seat thrills has earned him a reputation as a master of suspense. Amazon has named him #1 in Religion and Spirituality, among its top 10 Sci-fi authors, and a top 20 writer of Thrillers. Visit the official website at bcchase.com for a chance to win free books.

"CHASE KEEPS US GUESSING UNTIL THE END."
-ONLINEBOOKCLUB.ORG

"CHASE HAS MASTERED THE ART OF WRITING SUSPENSE."
L.A. HOWELL

"CHASE IS A BRILLIANT WRITER WITH A BOATLOAD OF TALENT."
-VINCENT VERITAS

3.5 out of 5 stars
3.5 out of 5
137 global ratings
How are ratings calculated?
To calculate the overall star rating and percentage breakdown by star, we don’t use a simple average. Instead, our system considers things like how recent a review is and if the reviewer bought the item on Amazon. It also analyzes reviews to verify trustworthiness.
Top reviews

Apo
5.0 out of 5 stars Accurate and detailed science, good humor, really enjoyed it
Reviewed in the United States on October 17, 2017
Verified Purchase
I really enjoyed this book, I like that the author’s humor and accurate detail probably after a lot of research. The science seems accurate and not very far from where we are now. There are some situations that feel like the author “borrowed” from known films, but it was so enjoyable that it did not spoil the story.

Once I reached the somewhat sudden end, I was off to buy the other books of the author, namely Paradeisia series. I was surprised that the rates were so awful, and sad that it seemed that I would not enjoy more stories.
But by chance, I saw that the ratings of Pluto’s ghost were not so brilliant either, I hadn’t paid attention when I bought it, as the title was very appealing to me (science fiction but not so far from reality).
It reminded me of some movies that I enjoy in a different way from the critics. I am currently reading the Paradeisia series, the writing style is the same as this book, so I enjoy it so far.
Keep on writing...
Read more
6 people found this helpful
Helpful
Report abuse

Tunist
3.0 out of 5 stars Interesting premise, needs expanded
Reviewed in the United States on October 10, 2017
Verified Purchase
Self-aware AI predisposed to stalker live and premeditated murder decides a human is needed to explore interstellar space with it, and by the way Voyager leaving the solar system is a lie. I did like Jim and the other characters. I like the idea of the story. I didn’t like 6 pages of copy / paste horticulture Ops Manual. Was a fun 4 hr read, if maybe a bit disappointing.
Read more
One person found this helpful
Helpful
Report abuse

John D. Young
3.0 out of 5 stars You might be interested in this story line, i wasn't.
Reviewed in the United States on October 25, 2017
Verified Purchase
As I read the story I kept wondering when we would get to the situation involving Pluto. The writing appeared to address several technical issues involving space flight, but I was more interested in how the conflict with a potential alien being on Pluto. As it turned out I was disappointed in the ending. Wish I had known earlier as I would not have read this story.
Read more
4 people found this helpful
Helpful
Report abuse

Andrée Rydén
4.0 out of 5 stars Scary sci fi that made me finish it in a day!
Reviewed in the United States on November 18, 2017
Verified Purchase
And as I descend back into my favourite pool of science fiction, I found myself with this one. Pluto's Ghost? Just
the sound of the title made me reconsider. I'd seen the novel on Amazon before. But after feeling slightly doubhtful
about reading it, I finally gave up and did it. Oh boy, I was sucked in quickly. The main character, Jim, a seventy-five-
year-old man, wasn't really what I'd expected to encounter in a book like this, where he's actually following the other
astronauts to Pluto... despite the fact, that he's no educated astronaut at all. Weird. isn't it? Well... This is a suspense
novel, indeed, and I'm really not sure what I feel about stories that're so full of conflicts that real people can relate to
as they read fiction... I got sad, angry and annoyed very often, which of course is a good sign of great fiction, but I
do often prefer fiction that doesn't tap into the whole ''love, lust, sex''-sorts of conflicts, which sadly this book is full
of.
I didn't like it, to be honest. It angered me. Of course I don't mind books to be suspenseful, but there's just too much
sexual contents in Pluto's Ghost. Some of it doesn't really make much sense to me, really. But in any case, I still liked
the book and absolutely adored the ending! Jim, the main character, was relatable and funny, likeable and someone
I wished the best fore.

Do I think other people should read this? Absolutely! Give it a try, guys and girls.
Read more
4 people found this helpful
Helpful
Report abuse

joyce m musto
1.0 out of 5 stars Dont waste your time
Reviewed in the United States on November 6, 2018
Verified Purchase
This is not an imaginative story . I kept waiting for the story to develop , for some real mystery but it never did. The ending which comes suddenly because it seems the author just got tired was not at all worth the time put into this novel.
Read more
One person found this helpful
Helpful
Report abuse

StephanieZim
1.0 out of 5 stars Fever of 102° and nothing better to do.
Reviewed in the United States on October 5, 2018
Verified Purchase
My 11-year old accidentally purchased this through his Kindle (gonna have to fix that.) Honestly, this book is terrible. It's written on about a third grade reading level. The character development so lacking that you can hardly keep them straight. And there story line not really that original. If you want an original intelligence that comes to being through the world's computers, read Speaker for the Dead, by OS Card. Much better.
Read more
One person found this helpful
Helpful
Report abuse

Kindle Customer
5.0 out of 5 stars Let your mind truly wander!
Reviewed in the United States on January 26, 2019
Verified Purchase
The story is plausible as a future (100+ years) accomplishment by humans. The stretch of time and unimaginable distance would be extraordinary to undertake, and require exceptional humans. The description of Pluto opened my imagination more than any science based fiction that I’ve ever read. Actually better than Dune. A really good read and highly recommended.
GWW
Read more
One person found this helpful
Helpful
Report abuse
See all reviews

H.Taylor
4.0 out of 5 stars All created Sci-fi
Reviewed in the United Kingdom on October 8, 2017
Verified Purchase
Pluto's Ghost: A Suspense Novel by B.C.Chase is based around Nasa's Voyager 1 but set in 2015. Previously to this B.C.Chase had written a bestselling trilogy.

The story revolves around a crew of five astronauts, a determined cosmonaut and a seventy five year old truck driver. They set off on a daring first contact mission into space, to Pluto too retrieve records sent on Voyager 1 in 2015. After the bizarre mission they return back to earth several years later.

I'm not usually a big fan of Sci-fi but I did go into this with an open mind. The way it's been written the reader is immersed in the story from the word go. There was several very witty moments that had you laughing. It's not just a Sci-fi though there are many other sub-genres running throughout this story including suspense. It would make for a great movie script.
Read more
Report abuse

Eric Falstrault, PICP 5, naturopath, strength coach
5.0 out of 5 stars Great story
Reviewed in Canada on May 3, 2020
Verified Purchase
Awesome story and highly recommended. Really well written and was a really great read overall. Easy and funny at times, this type of story should be made into a movie.
Read more
Report abuse
See all reviews