Pocket Dictionary of Theological Terms and millions of other books are available for Amazon Kindle. Learn more 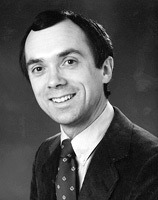 Stanley J. Grenz (1950-2005) earned a B.A. from the University of Colorado at Boulder in 1973, an M.Div. from Denver Seminary in 1976 and a D.Theol. From the University of Munich (Germany) in 1978, where completed his dissertation under the supervision of Wolfhart Pannenberg.

Ordained into the gospel ministry in 1976, Grenz worked within the local church context as a youth director and assistant pastor (Northwest Baptist Church, Denver), pastor (Rowandale Baptist Church, Winnipeg), and interim pastor. In addition he preached and lectured in numerous churches, colleges, universities and seminaries in North America, Europe, Africa, Australia and Asia.

Grenz wrote or cowrote twenty-five books, the most recent of which is Rediscovering the Triune God: The Trinity in Contemporary Theology (2004). His other books include The Social God and the Relational Self: A Trinitarian Theology of the Imago Dei (Westminster John Knox), Beyond Foundationalism: Shaping Theology in a Postmodern Context (with John R. Franke; Westminster John Knox), The Moral Quest: Foundations of Christian Ethics (IVP), A Primer on Postmodernism (Eerdmans), Women in the Church: A Biblical Theology of Women in Ministry (with Denise Muir Kjesbo; IVP), Revisioning Evangelical Theology: A Fresh Agenda for the 21st Century (IVP), and The Millennial Maze: Sorting Out Evangelical Options (IVP). He has also coauthored several shorter reference and introductory books for IVP, including Who Needs Theology? An Invitation to the Study of God (with Roger E. Olson), Pocket Dictionary of Ethics (with Jay T. Smith), and Pocket Dictionary of Theological Terms (with David Guretzki and Cherith Fee Nordling). He contributed articles to more than two dozen other volumes, and has had published more than one hundred essays and eighty book reviews. These have appeared in journals such as Christianity Today, The Christian Century, Christian Scholar's Review, Theology Today and the Journal of Ecumenical Studies.

David Guretzki (PhD, McGill University) is professor of theology, church, and public life at Briercrest College and Seminary in Caronport, Saskatchewan, Canada. He is also a coauthor of Pocket Dictionary of Theological Terms.

Cherith Fee Nordling (PhD, University of St. Andrews) is associate professor of theology at Northern Seminary in Lombard, Illinois. She has also taught at Regent College, Vancouver, as well as Kuyper College, Cornerstone University and Calvin College and Seminary in Grand Rapids, Michigan. She is the author of Knowing God by Name.

Start reading Pocket Dictionary of Theological Terms on your Kindle in under a minute.

4.5 out of 5 stars
4.5 out of 5
240 global ratings
How are ratings calculated?
To calculate the overall star rating and percentage breakdown by star, we don’t use a simple average. Instead, our system considers things like how recent a review is and if the reviewer bought the item on Amazon. It also analyzes reviews to verify trustworthiness.

Mammu
VINE VOICE
5.0 out of 5 stars Theological Terms in Your Pocket
Reviewed in the United States on March 16, 2010
Verified Purchase
Pocket Dictionary of Theological Terms  is a thin, portable 7" x 4.3" dictionary that any student or layman of theology would be very lucky and blessed to have. It makes theological terms, from English to foreign, readily accessible and understandable. It also includes brief yet concise definitions of common theological denominations, movements, schools of thought, and theologians known to both scholars, Christian students, and the ordinary church goer. It is indispensable if you are a pastor, ministry leader, Bible study student, or even a theology course major because you can bring it anywhere, although I won't recommend it as a primary or comprehensive resource for any theological papers or major theological homework you might have. Otherwise, you can't go wrong with this portable reference!
Read more
4 people found this helpful
Helpful
Report abuse

Amazon Customer
5.0 out of 5 stars Great purchase
Reviewed in the United States on August 16, 2020
Verified Purchase
I misplaced my original copy. I am super happy that this dictionary was still in stock. A great addition to your quest for biblical literacy.
Read more
One person found this helpful
Helpful
Report abuse

Z600User
4.0 out of 5 stars Not an exhaustive dictionary
Reviewed in the United States on March 4, 2018
Verified Purchase
Good for theology beginners. I have needed this book only 3 times since I got it 7 years ago, and 3 other times I opened it, the term I needed the definition for was not listed.
Read more
2 people found this helpful
Helpful
Report abuse

pbubbles
5.0 out of 5 stars Overall, a great resource
Reviewed in the United States on October 14, 2012
Verified Purchase
I was hesitant to buy this book because I wasn't sure it would be very useful at first, but I am very glad that I bought it! I am about halfway through my first semester at a private Bible college, and I don't pick up my theology text books without grabbing this to study with. It takes a lot of common theology terms and gives them simple, concise definitions that are easy to understand.

Whether you are new to theology or not, I definitely recommend this little dictionary! I do wish it had more terms in it, but it is a worthwhile investment for the small price you pay. It is great if you are looking for a book that simplifies the most common theology terms - whether for your own use or to explain them to someone else.
Read more
5 people found this helpful
Helpful
Report abuse

Leo Woman
5.0 out of 5 stars Great Resource!
Reviewed in the United States on February 18, 2018
Verified Purchase
I have 3 theological dictionaries and I prefer this one because the definitions are clear and concise. I recommend purchasing this economical dictionary if you are in the ministry or studying for it.
Read more
One person found this helpful
Helpful
Report abuse

Billybobjimmypat
4.0 out of 5 stars Great resource for the terminologically challenged!
Reviewed in the United States on October 7, 2011
Verified Purchase
I have this ready-reference for meetings with my fellow pastors when someone uses a theological term with which I am unfamiliar (for instance, "hypostatic union"). I also have it on-hand when I have an "Ask the Pastor" night at my church. I have orthodox belilefs, just don't know sometimes that they've been given complex titles, historically (I fell asleep sometimes in Church History classes). This book really is really handy and thorough, given its size. A great bargain and resource! I thoroughly recommend it.
Read more
3 people found this helpful
Helpful
Report abuse

Lydia
4.0 out of 5 stars Four Stars
Reviewed in the United States on August 15, 2018
Verified Purchase
Some definitions confusing, but other that that it's helpful
Read more
Helpful
Report abuse
See all reviews

Amazon Customer
5.0 out of 5 stars Helpful
Reviewed in the United Kingdom on November 20, 2016
Verified Purchase
This is pitched just right for me , a relative newcomer to theology. The descriptions are brief but helpful, and also orthodox...
Read more
One person found this helpful
Report abuse