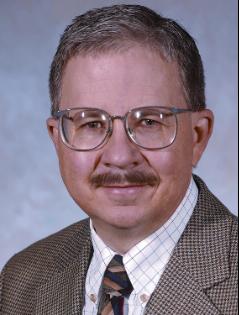 "A helpful essay that tells the story of his many-sided subject." (Gary Dorrien, author of The Remaking of Evangelical Theology)

"Roger Olson demonstrates that he is not only a formidable theologian in his own right but also one who has an uncommon command of the work of others." (Randall Balmer, author of Encyclopedia of Evangelicalism)

Roger E. Olson is professor of theology at George W. Truett Theological Seminary of Baylor University in Waco, Texas.
Tell the Publisher!
I'd like to read this book on Kindle

4.4 out of 5 stars
4.4 out of 5
4 customer ratings
How does Amazon calculate star ratings?
Amazon calculates a product’s star ratings based on a machine learned model instead of a raw data average. The model takes into account factors including the age of a rating, whether the ratings are from verified purchasers, and factors that establish reviewer trustworthiness.
Top Reviews

graddy
5.0 out of 5 stars Short, informative, readable, and fair to all parties involved.
Reviewed in the United States on March 16, 2019
This eminently readable concise book provides evidence that collapsed my own evangelical upbringing, though I am still claimed by faith in Jesus. The absolute certainty of the Christian message on invitation every Sunday at my Southern Baptist Church undergirded by an inerrant Bible is undermined by the diversity contained in this volume just within the broad evangelical movement, not to mention the much more numerous other Christians (liberal, Catholic, Orthodox). Coming to terms with this multitude of interpretation makes inerrancy unstable with it's reliance on the plain-read interpretation of the text.

Olson does an excellent job outlining the history and current trends in evangelicalism. Evangelicalism can seem so novel and strange when you study Church history, but the beginning chapters in Pietism and Puritanism helped provide roots door current strains of Christianity. I appreciate his taking the space for highlighting modern theologians who are inside the tent but are trying to push the movement in new directions, namely the moderate Bernard Ramm and the progressive Donald Bloesch.

Nelson Banuchi
4.0 out of 5 stars Small and short but very informative and enlightening.
Reviewed in the United States on February 27, 2018
Very concise, thorough, well-balanced history of evangelical theology. Olson discusses how "evangelical" is defined, the roots evangelical theology and its revivalist tendencies, the rise of fundamentalism in the late 1800's and early 1900's, and the theologies that arose post-fundamentalism to the present (book was published in 2007).

I find an interesting note that Olson makes in chapter 16 when he discusses a tension that arose between evangelical parties beginning as early as the mid-1900's, that is, the Calvinist vs. Arminian debate. This debate "threaten[ed] to disrupt the uneasy harmony of the evangelical community." And he is what I found of interest where he further states, "As long as Billy Graham is alive and well and able robustly to hold the evangelical coalition together in spite of all it's diversity, these tensions remain just under the surface. Once the 'Graham glue' dissolves with his retirement or death, it seems likely that at least the more dogmatic group of Reformed evangelicals and the more defensive group of Arminians (including Wesleyan) evangelicals will break away from each other and disrupt the evangelical coalition" (p.143).

The date of writing my review is 2/27/2017, and Graham passed away just last week on 2/20. It will be interesting to see if Olson was prophetic.

In any case, as small and short as this book is, it is very informative and enlightening putting into perspective the history and theology of the evangelical movement.
Read more
Helpful
Comment Report abuse

Crazy Horse
3.0 out of 5 stars What is taking place in conservative Protestant circles?
Reviewed in the United States on November 1, 2012
Roger Olson is a prolific writer, fashioning both historical and theological works, some of which, often published by InterVarsity Press, include 20th-Century Theology: God and the World in a Transitional Age (1997), with Stanley J. Grenz; The Story of Christian Theology: Twenty Centuries of Tradition and Reform (1999); The Mosaic of Christian Belief: Twenty Centuries of Unity and Diversity (2002); The Trinity (2002), with Christopher A. Hall; The Westminster Handbook to Evangelical Theology (2004); Arminian Theology: Myths and Realities (2006); and Reformed and Always Reforming: The Postconservative Approach to Evangelical Theology (2007). One constant theme in Olson's essays is the wide variety, fluidity, and diversity of beliefs held by Christians both now and then. He has a reputation for knowing the sources and for setting out his opinions in a clear, evenhanded way. He brings these attributes to his account of the history of evangelical theology.

His first task in his Pocket History of Evangelical Theology is to try to provide a definition of the term evangelical. Why is this necessary? "Even some self-identified evangelical scholars have declared evangelical an essentially contested concept--an idea and category with no precise or agreed-on meaning" (p. 7). Olson's strategy is to provide an essentially historical account of the term's variety of senses. Etymologically, the term evangelical means "the good news" of the gospel (p. 8). In the next sense, the word "is simply synonymous with Protestant" (p. 8). Lutherans like to use it as the name of their denomination (the Evangelical Lutheran Church in America). Evangelical also identifies a Low Church party within the Church of England (p. 9), and hence it was associated with the Methodist movement. In another sense, the term refers to Pietism and especially that version found among the Moravian Brethren, as well as to the Great Awakening, where it applied to the message spread in revival efforts (p. 10). But evangelical eventually came to identify "conservative Protestant reaction to the rise of liberal Protestantism," and in this sense it came to be nearly synonymous with fundamentalism (p. 11).

The story Olson wishes to tell concerns that most recent meaning given to the word. In the 1940s and 1950s evangelical was used to identify a new postfundamentalist movement--a so-called Neo Evangelicalism, closely associated with Billy Graham (pp. 12-13).

Olson holds that the evangelicalism he describes "is a loose affiliation (coalition, network, mosaic, patchwork, family) of mostly Protestant Christians of many orthodox (Trinitarian) denominations and independent churches and parachurch organizations" (p. 14). This assertion is followed by a long list of beliefs and practices of a loose network of contemporary conservative Protestants, who share revivalist instincts and so forth (p. 15). What keeps the whole thing from flying apart is not some set of core beliefs but "the powerful unifying figure of evangelist Billy Graham" (p. 15). Olson calls this the "Graham glue" and wonders what will happen when it dissolves.

Latter-day Saints probably encounter evangelicals who are essentially from the Reformed (or Calvinist) faction of the movement. This is especially true if they have been confronted by anti-Mormon countercult propaganda, but it is also true if they know conservative Protestantism only from some encounter with the recent "interfaith dialogues." There they will have faced TULIP (five-point Calvinism), but they will not have even a faint idea of the vast variety of competing opinions held by the large majority of those who consider themselves evangelicals. Olson's expert and learned narrative is a corrective for this deficiency in LDS understanding of the conservative Protestant world around them. The Holiness-Pentecostal element in the loose gathering under the evangelical umbrella is far more numerically significant than the Reformed element, with which Latter-day Saints are most familiar.

Olson describes the theologies of leading evangelical theologians, including Carl F. H. Henry (pp. 96-107), E. J. Carnell (pp. 108-11), Bernard Ramm (pp. 112-19), and Donald Bloesch (pp. 120-29). He ends this survey by describing what he calls the "postconservative evangelical theology" (pp. 130-40). In this setting, he introduces Clark Pinnock (pp. 132-38), who, as some Latter-day Saints are aware, espouses opinions close to their own. This is seen, for example, in his rejection of much of classical theism (advancing instead a version of an openness theology), his acceptance of narrative theology, his eschewing of traditional evangelical cessationism (the view that spiritual gifts like prophecy, healing, and tongues ceased early on in church history), and so forth.

As much as Olson prizes and even celebrates diversity among believers, he also longs for a center that can somehow hold all the competing and even warring factions together. However, in his final and most important chapter, in which he addresses the topic "Tensions in Evangelical Theology" (pp. 141-51), he reluctantly but essentially grants that the center simply does not hold. Hence contemporary evangelicalism is in flux, with dynamic forces (some of which involve nasty political and dogmatic powers that he cautiously identifies) on the verge of tearing the movement apart.

This crisp, clearly written little handbook is highly recommended for Latter-day Saints who are interested in or puzzled by what is taking place in conservative Protestant circles.
Read more
3 people found this helpful
Helpful
Comment Report abuse
See all reviews from the United States