A Poem for Peter and millions of other books are available for instant access. view Kindle eBook | view Audible audiobook
Share 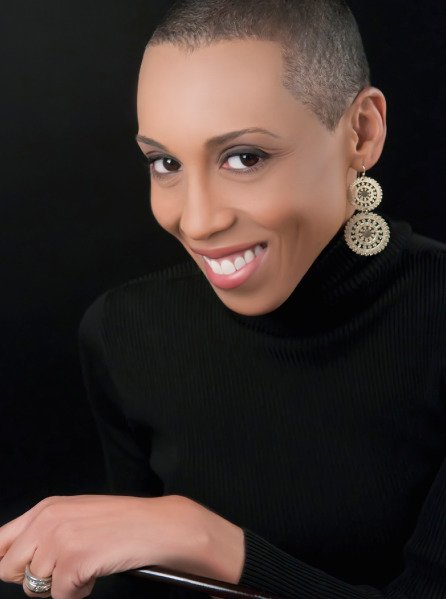 A Poem for Peter: The Story of Ezra Jack Keats and the Creation of The Snowy Day Hardcover – Illustrated, November 1, 2016

Gr 2–4—Pinkney dives into the life and work of Ezra Jack Keats, specifically focusing on The Snowy Day and his creation of the main character, Peter. Using poetry (what the author refers to as "collage verse"), mainly addressed to Peter, Pinkney pieces together Keats's biography, tracing spots where early versions or hints of Peter can be found, and reflects on what a monumental event the publication of the picture book was and still is. Students will learn about Keats's early life, his tireless dedication to provide for his immigrant family, his love and pursuit of art, and how he changed his name from Jacob (Jack) Ezra Katz to Ezra Jack Keats to avoid anti-Semitism in the United States after World War II. Pinkney's verse seamlessly weaves together story and fact to craft an intimate conversation about the artist's history and impact. ("Brown-sugar child,/when you and your hue/burst onto the scene,/all of us came out to play.") Readers familiar with Keats will notice allusions to his other works throughout. The illustrations complement the text, and Keats's own style, by using mixed-media collages of prints, fabrics, photos, and paint, all of which capture the liveliness of the urban setting and historical points. This uplifting telling ends with a discussion of the cultural importance of Peter and how Keats's vision paved the way for authors and artists to look for and include children of color in their work. VERDICT This celebration of a visionary children's book author and illustrator is a lovely addition for most collections.—Briana Moore, Elmont Memorial Library, NY

★ "Those who love Peter (and who does not?) will relish the illustrations, particularly that of Keats holding hands with Peter under a snow-dappled tree. More to the point, Pinkney lets readers know what Peter meant and still means as a milestone in inclusive children's literature. "He brought a world of white / suddenly alive with color." A loving and forceful reminder that Keats' Peter is our Peter—always." —Kirkus Reviews, starred review

★ "Fancher and Steve Johnson’s acrylic, collage, and pencil illustrations seamlessly integrate images from Keats’ books into their own art, which employs a style complementary to the originals. Equally important they skillfully represent Pinkney’s lyrical text, which sometimes requires historical accuracy, magic realism, and nods to future possibilities, all within one spread . . . This is an important book." —Booklist, starred review

"Pinkney’s verse seamlessly weaves together story and fact to craft an intimate conversation about the artist’s history and impact . . . Lovely." —School Library Journal

"In lively verse, Pinkney presents a picture book biography of Ezra Jack Keats . . . The resonances are immediate and cathartic. Fancher and Johnson, who, like Keats, are known for their collage illustrations, thoughtfully incorporate Snowy Day motifs and other images from Peter’s world along with photos and additional archival material; the color palette and textures, too, effectively pay homage to Keats’s work." —The Horn Book

"A heartfelt and thoughtful look at an artist’s growth and a single individual’s effect on a genre." —BCCB

Andrea Davis Pinkney says, “As an African American child growing up in the 1960s, at a time when I didn’t see others like me in children’s books, the expressiveness of Keats’s illustrations had a profound effect.”

Today, Ms. Pinkney is the distinguished and bestselling author of many books for children and young adults, including picture books, novels, and non-fiction. Her books have received multiple Coretta Scott King Book Awards, Jane Addams Honor citations, nominations for the NAACP Image Awards, the Boston Globe/Horn book Honor medal, and many other accolades. In recognition of her significant contributions to literature for young people through her body of work, she was selected to deliver the May Hill Arbuthnot Lecture.

Andrea Davis Pinkney lives in Brooklyn, New York, with her husband and frequent collaborator, Brian Pinkney, and their two children.

Steve Johnson and Lou Fancher have illustrated numerous books together. Among the most critically acclaimed are My Many Colored Days by Dr. Seuss; The Frog Prince, Continued by Jon Scieszka; and Silver Seeds by Paul Paolilli and Dan Brewer.

Start reading A Poem for Peter on your Kindle in under a minute.

Heidi Grange
5.0 out of 5 stars Fascinating and beautiful at the same time.
Reviewed in the United States on November 30, 2016
Verified Purchase
Ezra Jack Keats' The Snowy Day helped open the door to children's books being published with diverse main characters. While the lack of such diversity remains a problem, the numbers of such books being published continues to grow. In beautiful poetic language, Andrea Davis Pinkney introduces the reader to the man behind the book. I didn't even know that Keats had changed his name until reading this book. I loved getting a glimpse into the man who dared to take a chance, who saw a picture of a cute African-American boy and hung on to it because it touched him. And then 20-years down the road using that photograph as inspiration when creating his first children's picture book. It was sweet reading about the encouragement Ezra (Jack) received from his teachers and his concerned father regarding his passion for art. Despite serious reservations about his son being able to support himself with art, he couldn't deny his son the chance to do what he loved. And Keats continued to pursue that passion despite the discrimination (he was a Jew) and life challenges that came his way. The gorgeous illustrations beautifully complement the lyrical verse that both addresses Keats life and references Peter (The Snowy Day's main character). The wonderful combination of text and illustrations makes for a book that is a work of art unto itself.
Read more
15 people found this helpful
Helpful
Report abuse

Sarah Mackenzie
5.0 out of 5 stars Gorgeous
Reviewed in the United States on November 2, 2016
Verified Purchase
Such an incredibly beautiful book. The text dances off your tongue as you read it aloud. This is easily my favorite book by Ms. Pinkney yet, and the illustrations are captivating as well! It's absolutely worth owning a hardcover of this one.
Read more
15 people found this helpful
Helpful
Report abuse

Janis
5.0 out of 5 stars What a wonderful book! Here
Reviewed in the United States on January 3, 2017
Verified Purchase
What a wonderful book! Here, the reader who loves Ezra Jack Keats is afforded the opportunity to find out how he emerged into one of my favorite author and illustrator. The illustrations along with the text make it readable by even young children. It is a "must" for every children's public and elementary school library!
Read more
One person found this helpful
Helpful
Report abuse

Faanchi Liu
5.0 out of 5 stars Nice to know what inspired Mr
Reviewed in the United States on March 19, 2017
Verified Purchase
Nice to know what inspired Mr. Keats to write what was, at the time, a groundbreaking storybook, since it featured an African-American boy enjoying a snowy day. It's neat to know the story behind the story.
Read more
One person found this helpful
Helpful
Report abuse

Page 1 of 1 Start overPage 1 of 1
Previous page
Next page
Pages with related products. See and discover other items: poems for children