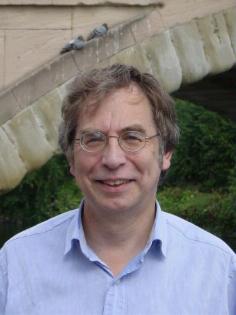 by Colin Duriez (Author)
3.8 out of 5 stars 4 ratings
See all formats and editions
Sorry, there was a problem loading this page. Try again.

Poetry, past and present, in praise of God and in response to the wonders of His creation, is a glorious heritage of beauty and inspiration.
In this collection of that heritage, an enormous range of literary styles, historical periods, and religious backgrounds is represented. There are works from poetic masters such as Elizabeth Barrett Browning, John Bunyan, John Donne, John Milton, Alfred Lord Tennyson, and Charles Wesley. The collection also includes contemporary lyricists such as Eugene Peterson and Madeleine L'Engle. From various eras and diverse backgrounds these poets respond to Scripture profoundly and imaginatively.
Read more
Previous page
Next page

Colin Duriez has written books on C. S. Lewis, J. R. R. Tolkien, and the Inklings. He has lectured in England, Ireland, Finland, Spain, and Poland as well as the United States. He is currently working on a biography of Francis Schaeffer. Duriez is General Books Editor for InterVarsity Press in Leicester, England.

Colin Duriez is based in Keswick in north-west England and writes books, edits and lectures. He has appeared as a commentator on extended version film DVDs of Peter Jackson's The Lord of the Rings, the 'Royal' 4 DVD set of Walden/Disney's The Lion, the Witch and the Wardrobe, and the Sony DVD Ringers about Tolkien fandom and the impact of Tolkien on popular culture. He has also participated in documentaries on PBS and the BBC. He is also a part-time tutor at Lancaster University.

Susan
5.0 out of 5 stars Wonderful poetry book
Reviewed in the United States 🇺🇸 on April 12, 2009
Verified Purchase
This is a wonderful book. It adds a dimension to both my devotional life and my poetry life, and it's enjoyable to read the passage in scripture and then read the poem and think of how the author analyzed scripture so carefully and then used it in writing.
Read more
2 people found this helpful
Helpful
Report abuse

Brian Austin
5.0 out of 5 stars A Treasure in Verse
Reviewed in the United States 🇺🇸 on February 25, 2008
The Poetic Bible is one of those delightful finds. I keep dipping into it just a bit, then finding an hour later that I have to remind myself I have things I need to do. It is a broad cross-section of poetry written around Biblical themes and following the order of the Bible from Genesis to Revelations. There are poems a thousand years old, and there are works by recent and contemporary poets. There are works that flow effortlessly (I'll risk guessing the authors put a great deal of effort into their choice of words before I could catch the beauty in a first reading). There are also works that have me running for a dictionary repeatedly, because Old English was usually very precise and there is too much richness to make a vague guess at the author's meaning. There are also many "Traditional Black American Spiritual" poems.

Even the introduction (something I too often skip) is a wonderful essay on poetry in general and an insightful look at the language of poetry in the Bible and the way our modern separation of poetry and prose handicaps our reading of the Bible.

I'm sometimes just a bit disappointed when I bring a book of poetry home. This is one I'm going to treasure. Because of the way it is organized, it also lends itself very well to tying into many key Bible stories, so for any who use poetry in sermons, this might be a wonderful resource, especially if you can put a bit of black flavor into your delivery. A lot of the Traditional Black American Spirituals seem to be older, simpler versions than the ones I have come across before.

A treasure and highly recommended.