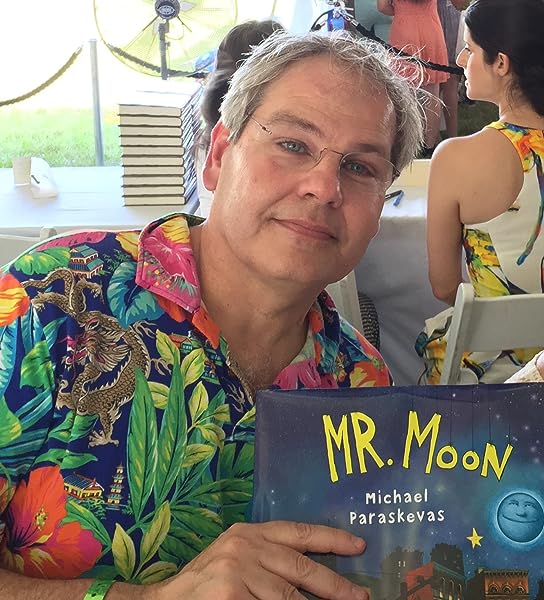 by Robert Frost (Author), Jay Parini (Editor), Michael Paraskevas (Illustrator) & 0 more
4.8 out of 5 stars 400 ratings
See all formats and editions
Sorry, there was a problem loading this page. Try again.

Poetry for Kids: Robert Frost is a collection specially curated for young readers which won't just be read, but consumed, experienced, and treasured for a lifetime.

Whether capturing a cold New England winter's evening, or the beauty of an old, abandoned house, four-time Pulitzer Prize-winning poet Robert Frost left an indelible mark on our consciousness. This stunning celebration of his best-loved work includes 35 poems specially chosen for children ages 8 to 14 by author and historian Jay Parini.

Illustrator Michael Paraskevas brings the poems to life with his pitch-perfect scenes, infused with majestic color and quiet simplicity. Poems include “Mending Wall,” “Birches,” “The Road Not Taken,” “Fire and Ice,” and “Stopping by Woods on a Snowy Evening,”

This collection is the perfect introduction for young readers. In addition to a carefully chosen line-up of poems, Poetry for Kids: Robert Frost also includes commentary and definitions of key words for each poem, and an introduction to Frost's life.

Named one of Bank Street College of Education's Best Children's Books of the Year, 2018!
Read more
Previous page
Next page

"A movingly illustrated selection of Frost's verse....Children will devour these suggestive illustrations as instructors help them unpack the many lessons to be gleaned from Frost's conversational yet complex verse."―Kirkus Reviews

"This beautifully illustrated book contains a selection of 35 poems by Robert Frost.....This is a lovely addition to a poetry collection for middle grade students to introduce some of the better known works of Robert Frost and, perhaps, spark an interest in looking for additional books or information. Recommended"―School Library Connection

Robert Lee Frost was born on March 26th 1874 in San Francisco, California and died on January 29th, 1963 in Boston, Massachusetts. He won the Pulitzer Prize for poetry and was bestowed a Congressional Gold Medal, "in recognition of his poetry, which enriched the culture of the United States and the philosophy of the world." On July 22, 1961 he was named Poet laureate of Vermont. His popularity is unmatched in the annals of American poetry; by the end of his life he had achieved the iconic status of "living legend."

Jay Parini is a poet, novelist, biographer, and critic. He has written eight novels, including Benjamin’s Crossing, The Apprentice Lover, The Passages of H.M., and The Last Station – the latter was made into an Academy Award-nominated film starring Helen Mirren and Christopher Plummer and translated into over thirty languages. He has written biographies of John Steinbeck, Robert Frost, William Faulkner, Jesus, and Gore Vidal. His nonfiction works include The Art of Teaching, Why Poetry Matters and Promised Land: Thirteen Books that Changed America.  He writes for various publications, including The New York Times, The Guardian, and The Chronicle of Higher Education. He lives in Weybridge, VT.

Michael Paraskevas has worked for most major magazines including Sports Illustrated, Time, Town & Country, and Rolling Stone, to name but a few. He has also illustrated and written 24 children’s books over the years with his mother, Betty. The two went on to create and write the animated television series Maggie and the Ferocious Beast for Nickelodeon. Two of their other books were also made into animated series: Marvin the Tap Dancing Horse for PBS and Kids from Room 402 for Fox Family. He and his wife live in Southampton, New York.

Michael Paraskevas has been an illustrator since graduating from The School of Visual Arts in 1984. He then went on to receive his MFA from SVA in 1986. He has worked for most major magazines including Sports Illustrated, Time, Town & Country, New York Magazine and Rolling Stone, to name but a few.

Michael Paraskevas has also illustrated and written 24 children’s books over the years with his mother, Betty. The two went on to create and write the animated television series Maggie and the Ferocious Beast for Nickelodeon. Two of their other books were also made into animated series: Marvin the Tap Dancing Horse for PBS and Kids from Room 402 for Fox Family. Betty passed away in 2010 and Mickey continues to work on his books, animated projects, illustrations and paintings for a variety of companies.

His large scale beach paintings have sold all over the world through his gallery in the Hamptons.

Michael Paraskevas works in acrylic, oil, watercolor or whatever the mood suits him at the moment. He also works digitally since the demands of the current illustration market requires quickness and the ability to change things at the last minute.

Michael Paraskevas likes to draw and doodle on his iPad having fought getting one for ages. He keeps a wide variety of sketchbooks about all the events he likes to go to.

Michael and his wife live in Southampton, New York.

roya
5.0 out of 5 stars Nice illustrations for kids.
Reviewed in the United States 🇺🇸 on August 16, 2021
Verified Purchase
Our 6 year-old likes to read the poems and our 4 year-old likes the illustrations. :) Very cute intro to Robert Frost poetry for youngsters.
Read more
Helpful
Report abuse

Amazon Customer
5.0 out of 5 stars Great read
Reviewed in the United States 🇺🇸 on January 2, 2021
Verified Purchase
Robert Frost is one of my favourite poets. Go to spoke for class and had to choose some of the poems to read and used for assignments. I haven't read poems by Robert Frost since high school so it was nice to revisit them. The packaging was awesome.
Read more
2 people found this helpful
Helpful
Report abuse

Book reader
5.0 out of 5 stars Good book of poetry for children
Reviewed in the United States 🇺🇸 on February 12, 2021
Verified Purchase
The book arrived in pristine condition. My husband is impressed with it. It came in a timely fashion. I am thankful this seller had the book at a price I could afford and in such excellent condition.
Read more
Helpful
Report abuse

SeeTheUS
5.0 out of 5 stars The most beautiful pictures! Much scope for the imagination!
Reviewed in the United States 🇺🇸 on August 4, 2020
Verified Purchase
A must have for Robert Frost fans!!! Such a beautiful layout - the artwork & print is eye-catching! I will read these to my kids, realizing that although the pictures will get their attention, the poetry will need to be explained.
Read more
4 people found this helpful
Helpful
Report abuse

Deb and Eric
3.0 out of 5 stars Lovely book of the blahs
Reviewed in the United States 🇺🇸 on May 2, 2021
Verified Purchase
Beautifully illustrated, but the poems seem to be the same... about seasons... and a bit depressing. Purchased for 11 yr old; we read it together. Language is hard to understand even though words are defined for the reader.
Read more
One person found this helpful
Helpful
Report abuse

Lovely Reader
5.0 out of 5 stars Beautiful
Reviewed in the United States 🇺🇸 on July 28, 2020
Verified Purchase
Gorgeous Book that is beautifully illustrationed. My kids will love this book, as we learn Frost's poetry. Such a lovely addition to our homeschool.
Read more
One person found this helpful
Helpful
Report abuse

TexScout
5.0 out of 5 stars Lovely book
Reviewed in the United States 🇺🇸 on January 21, 2021
Verified Purchase
This is such a great collection with beautiful illustrations. I bought it for our morning basket.
Read more
One person found this helpful
Helpful
Report abuse
See all reviews

Western Maven
5.0 out of 5 stars Fabulous
Reviewed in Canada 🇨🇦 on February 28, 2020
Verified Purchase
I've loved Robert Frost's poems since we studied some of them in school back in the late 1960's. This book adds beautiful illustrations & a very short commentary on each poem. At a time when it seems that everything for children is being "dumbed down" this book really stands out. It has my absolute highest recommendation.
Read more
One person found this helpful
Report abuse

Amazon Customer
5.0 out of 5 stars This book is gorgeous!
Reviewed in Canada 🇨🇦 on November 9, 2020
Verified Purchase
I love the poetry in it, and the illustrations are lovely.
Read more
Report abuse

sean fyfe
3.0 out of 5 stars Great but not for all kids
Reviewed in Canada 🇨🇦 on August 11, 2019
Verified Purchase
I enjoy reading these, but for kids? Most of them are either too long or confusing for a 9y old.
Read more
Report abuse
See all reviews