The Poison Eaters and millions of other books are available for Amazon Kindle. Learn more
Share 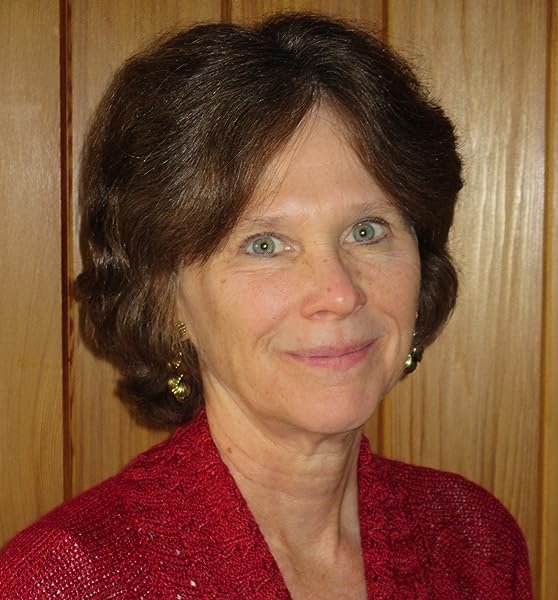 
"Not just for... middle-graders... (a) lively... thoroughly researched book."
-- The Washington Post

★ "(A) fascinating, stomach-churning account of Harvey Washington Wiley’s crusade for food safety standards and regulation in the U.S. Vintage ads, product labels, newspaper headlines, cartoons, and photographs offer a visual feast for readers, who will be so engrossed in the stories of unconscionable products and unwitting victims that they won’t realize they’re imbibing a powerful lesson in food safety and the evolution of today’s FDA. Extensive source notes and resources are icing on the cake." -- Booklist, starred review

★ "Jarrow is brutally honest in her descriptions of the ill effects of certain toxins, and the included cheerful ads promoting poisonous products make for a particularly chilling juxtaposition. The no-nonsense tone mixes with wealth of riveting anecdotes to create a surprisingly heady brew of consumer history." -- The Bulletin of the Center for Children's Books, starred review

★ "Jarrow vivaciously draws readers into a world of horrors hiding in plain taste. Maintaining a matter-of-fact, conversational tone throughout, she presents a tantalizing flood of anecdotes and facts, text peppered with old magazine adverts, photographs, and gory details aplenty; extensive backmatter encourages further research into a subject more than fascinating enough to warrant it. Revolting and riveting in turns, Jarrow's masterfully crafted narrative will fundamentally alter how readers view their food. Though laced with toxins, this is anything but toxic." -- Kirkus Reviews, starred review

★ "In this microhistory about the pure food movement, Gail Jarrow has created an excellent reference book about a little-regarded topic that will be useful to classes learning about science, American history, and government. The pictures include a variety of primary sources, including photographs, advertisements, political cartoons, and letters, all of which support further research." -- School Library Connection, starred review

"With detailed descriptions of revolting food-production standards and dangerously uncontrolled medications, Jarrow captivates readers with a history of food and drug regulation. Recommended for nonfiction readers and anyone interested in what they are eating." -- School Library Journal

"Jarrow... traces the story of Dr. Harvey Washington Wiley, now known as the “Father of the FDA,” who devoted his life to getting the federal government to take responsibility for protecting consumers from poisonous foods. It’s a fascinating horror story and an important study of real-life heroes who stood up and fought for government intervention on behalf of the American people.The book’s open layout and plentiful archival photographs, advertisements, and other visuals enhance accessibility and interest." -- The Horn Book Review

You’re so hungry you don’t have to be called twice for dinner.
It’s 1890, and you live in a large town or city, just like a third of Americans. Your grandparents had a farm and grew their own food. Now, your mother and all her friends buy food at a grocery store.
You pick up your fork and dig in. The meat on your plate was supposed to be chicken, but it sure doesn’t look or smell like that. Actually, it’s cheap, fatty pork someone a thousand miles away stuffed in a can and shipped to your neighborhood store.
The sausage sizzling in the pan also came from a filthy factory a thousand miles away. It was made from a pulverized mass of meat scraps swept off the floor—along with the rat feces—and mixed with borax to keep it from rotting.
[Borax is the same stuff in scouring powder and laundry detergent.]
The peas are bright green and look delicious. The company that canned them added copper sulfate to enhance the color.
[Today this chemical is used to prevent wood rot and pond scum.]
The milk in the bottle was watered down. Then a dash of formaldehyde was stirred in to keep it fresh longer.
[Formaldehyde is used to embalm dead bodies . . . and not recommended for drinking.]
The jam is tasty enough, although your mother assumed she was paying for something made from strawberries and sugar. Instead the jar is full of glucose, leftover apple pieces, a dangerous red dye, and salicylic acid to keep it from spoiling.
[Today, salicylic acid is an ingredient in wart remover, acne cleanser, and dandruff shampoo.]
Your little brother starts crying. He’s cutting a new tooth. Mom gives him a spoonful of Mrs. Winslow’s Soothing Syrup, guaranteed to calm a fussy baby. She has used it before, and it works. That’s because the medicine contains morphine, a strong narcotic, which knocks out your brother for several hours.
For dessert, your mother places a yummy-looking cake on the table. To prepare it, she added baking eggs. Not only were they cheaper than the eggs she fries up for breakfast, but they were also older. Much older. She would have noticed the telltale odor of rotting eggs except that they’d been deodorized with formaldehyde.
Winking, Dad slips you a piece of candy under the table. Unknown to him, the candy company tinted it with arsenic- and lead-based colors.
[Arsenic and lead are not ideal treats for growing children. Arsenic causes digestive ailments. Lead affects the brain and nervous system.]
Mom has no idea that she’s serving the family these cheap substitutions and hazardous chemicals. The packages and bottles don’t list the ingredients. She can only trust her nose and eyes to tell if the milk is sour, the eggs decayed, or the meat rotten. Food manufacturers have found ways to fool her.

At the dawn of the twentieth century, few people had a clue that they were regularly being ripped off, drugged, and poisoned. A dedicated group of Americans recognized what was going on, and they set out to make food and medicines safer.
The battle would be long and frustrating. Victories were often unsatisfying. Before it was over, men, women, and children suffered and died. But eventually, the persistence and hard work changed our world.
Read more

Start reading The Poison Eaters on your Kindle in under a minute.

Donald L. Ricco Jr.
5.0 out of 5 stars Super important read, for young and old alike!
Reviewed in the United States on May 21, 2020
“At the dawn of the twentieth century, few people had a clue that they were regularly being ripped off, drugged, and poisoned.”

This is at the end of chapter one, a chapter full of facts about what people used to put in their bodies! Yikes!
Moving from farming and growing your own food to relying on business for food opened people up to the unscrupulous industry. Adulteration occurred, adding cheaper materials or disguised rotten ingredients to appear, and smell, fresh. Talc, paraffin, and ground marble were just a few! Opium, morphine, and cocaine in medicines, even children’s cough syrups! Radium in others! And the special formula for Coca-Cola had cocaine in it until 1903!
Human guinea pigs? Poison eaters? WTF??? "The Poison Squads were more than several dozen young men brave enough to 'eat the fare'."

Dr. Harvey Wiley tried to fight the food industry, but politics, and the big money behind it, would not heed his warnings. It's a horrible, true story, and though it is written for young readers, everyone should read this, regardless of age! Especially during this time of the Trump administration, and its constant dismantling of regulatory agencies. He could put us back as poison eaters easily, and I'm sure he would, if the price was right! Big business, and 'men' like Trump, rarely do the right thing because it's the right thing. They do what's profitable. This book makes that point crystal clear!