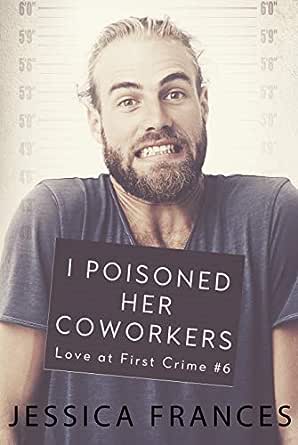 You've subscribed to Love at First Crime! We will preorder your items within 24 hours of when they become available. When new books are released, we'll charge your default payment method for the lowest price available during the pre-order period.
Update your device or payment method, cancel individual pre-orders or your subscription at
Your Memberships & Subscriptions
There was an error. We were unable to process your subscription due to an error. Please refresh and try again. 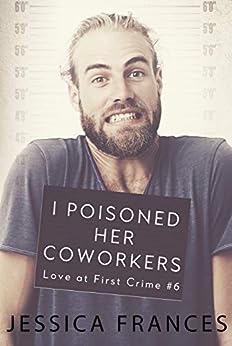 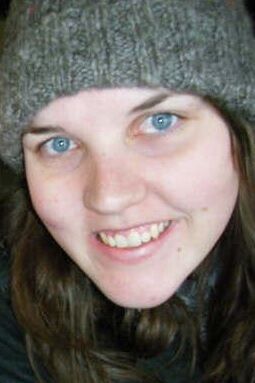 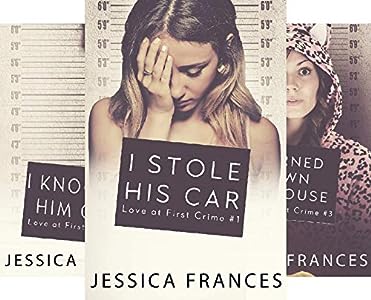 javamonster
5.0 out of 5 stars GIrl Power to the 🌚 and ✨ and Back
Reviewed in the United States on March 5, 2021
Verified Purchase
Gemma and Hunter - I had no idea where this one would go, or how the office would be destroyed, but whoa. ROFLMAO.

And you know what? It wasn’t until last night I made the connection that the Connor in THIS series, is the same Connor from In Midsummer series, because I read that first, and DUH!

And Hunter’s mother? You’ll love her, too. Just, not her food.
Read more
Helpful
Report abuse

Carol
4.0 out of 5 stars "We can't change the past, Gem, but we have the control to change our future."
Reviewed in the United States on July 12, 2019
I Poisoned Her Coworkers is book six in the Love at First Crime series by Jessica Frances. I have been loving this series from the start and have been so looking forward to Gemma’s story and now it’s finally here. It was so worth the wait!

Gemma Lane is a private investigator and works for J.P.I. the private investigation company that has been the focus throughout this series. Gemma has been a bit of a mystery, the quiet, reserved one. We already knew that Gemma was caring for her younger sister, Lennox, who was previously missing. She has her back now but Lennox is emotionally struggling from what she went through and Gemma is trying to help her.

Hunter Jackson and Gemma were high school sweethearts. They were engaged. But life tore them apart. It’s now been five years since they have seen each other. Hunter needs help. His younger brother, Beau has gotten himself involved in something bad but Hunter doesn’t know what. He needs Gemma’s help.

Hunter and Gemma didn’t part on very good terms. Over the five years Gemma has convinced herself that she hates him. But Hunter knows he still loves her. He’s never stopped. He really does need her help but he is also hoping that this reconnection will be just what they need to work things out and will be their second chance. What he didn’t count on is just how much anger Gemma was still hanging on to.

We’ll just say that Hunter and Gemma’s reunion gets off to a rocky start. But no matter how much anger she still holds for Hunter, she understands what he is feeling after what she went through with her own sister. So she agrees to help him.

The danger is real. Beau has gotten himself involved in something bad. And the more he tries to fix things, the worse the situation becomes. Hunter and Gemma are in real danger. At the same time, the more they are together, that bond they once had has a chance to grow and strengthen. Hunter and Gemma are different people now, but that same spark is still there.

“We can’t change the past, Gem, but we have the control to change our future.”

I loved this so much. It had plenty of humor, a bit of steamy sexy times, and of course, some suspense. Every one of the books in this series are so different from one another. Each one is a surprise. I loved getting to know Gemma’s story and now I can’t wait for the final book in the series, I Stalked Him Back. I figured out who the two main characters are by the blurb but I’m not going to say. I’ll let that be a surprise. It’s going to be amazing!!!
Read more
Helpful
Report abuse

Jennifer Pierson: The Power of Three Readers
TOP 1000 REVIEWER
5.0 out of 5 stars #TRISHDISH
Reviewed in the United States on July 14, 2019
The amazing Jessica Frances is at it again with I Poisoned Her Coworkers, which is another fantastic read in the Love at First Crime series. It all starts with Hunter Jackson trying to hire his ex, Gemma Lane who is a private investigator, to help with a situation that his younger brother has gotten himself into. They were High School sweethearts, planned to get married, but then Hunter didn't help Gemma with her younger sister, Lennox, so they broke up, and Gemma HATES him. Back to present day, Hunter shows up to her place of employment with a cake his mother baked, trying to sweeten her up a bit, but instead gives all of her coworkers food poisoning. Cue the laughter right there, because I lost it immediately. Only Gemma is left standing, because she knew better than to eat the cake, and after really giving him hell, she decides to help him, which starts them off on a crazy as hell journey. Hunter couldn't feel worse about the decision he made so long ago, and he even saw Lennox, who doesn't hold him responsible for any of what she put them all through, or the situation that she went through. Now, Hunter's younger brother is doing his utmost to cause chaos, which brings out many twists that had my f-bombs dropping. It also had Gemma & Hunter back in close quarters when chasing him, so their chemistry definitely made an appearance again, which had them lighting the sheets on fire before it was all said & done. But, can they get past everything that happened so long ago for a second chance at love? Well, you'll have to read it for yourselves to find out. HIGHLY HIGHLY HIGHLY RECOMMEND!
Read more
One person found this helpful
Helpful
Report abuse

Britt Franks
5.0 out of 5 stars Hilarity, swoon & suspense
Reviewed in the United States on July 17, 2019
I know I’ve said this probably a thousand times, but every time I read a book by Jessica Frances I have to say it. Her writing is one of the best hidden gems in the world. Not only does she never fail in delivering a book that will have you rolling in laughter and falling in love but the amount of diversity in this series means that any person can pick up one of these books and find a character that they can see themselves in. I can’t even begin to explain how special this series is because of that. I don’t have enough words to describe how it feels to pick up a series and see so much beautiful love.
Ok, I’ll stop rambling about my love for the entire Love at First Crime series and get to rambling about my love for I Poisoned Her Coworkers. I was literally crying from laughing hysterically within just a few minutes of starting this. The humor doesn’t end there though, I continued to laugh so hard it hurt throughout this entire book. In between crying from some seriously moving moments, full on swooning and once again cheering at how magnificently Jessica Frances goes away from the majority when it comes to her characters.
Gemma is one heck of an amazing woman. Strong and intelligent she’s a force to be reckoned with. Especially when it comes to those she loves. Her unwavering loyalty and how fiercely she loves the people in her life made me adore her. Then you’ve got Hunter. Sweet, adorable, just *sigh* everything Hunter. Taking a whole new spin on what made him the swooniest of heroes in my book was him being the complete opposite of an alpha male. Not that I don’t love a good alpha, but I can’t tell you how refreshing it was that he not only let Gemma shine by loving her for exactly who she was but he was genuinely proud to let his woman be the one doing the rescuing.
Read more
Helpful
Report abuse
See all reviews