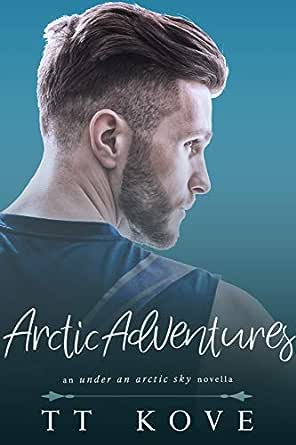 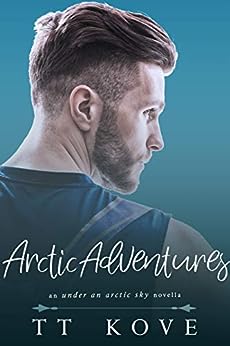 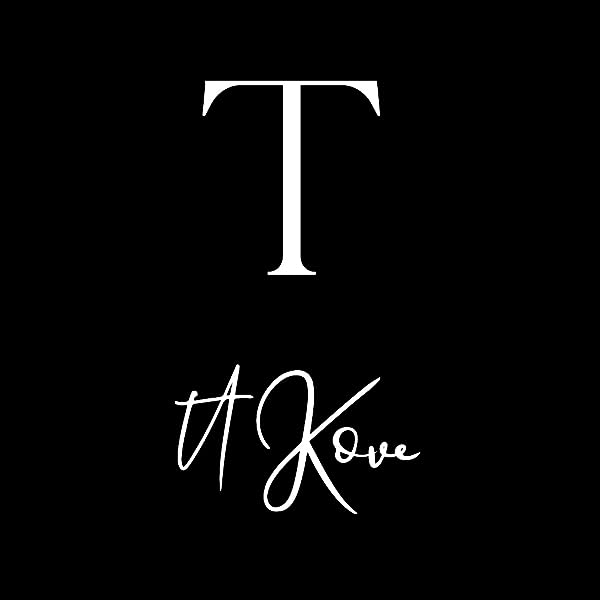 Arctic Adventures: an Under an Arctic Sky novella Kindle Edition

myvicariouslife
5.0 out of 5 stars So so happy for this 2.5 novella for Andreas and Christian!
Reviewed in the United States on January 18, 2017
Verified Purchase
I am so glad T.T. Kove wrote this story!! I've read two of the three Arctic Heat books so far, which are about Varg and Jonathan, but was really hoping for and so excited to get a book about Andreas and Christian. (This is not the third in the series, it's more of a companion or 2.5) I have to be honest, I suppose it could be read as a standalone, but I don't think you'd get as much out of it at all. It's quick and not in-depth. I loved it and got a lot out of it because I know all of the background info on what's going on in this story, but if you haven't read the Arctic Heat series this might seem too brief and abrupt. Of course, I also think you should read the Arctic Heat series anyway, so there really isn't a problem... :) So Polar Night explains how Andreas and Christian got together and how their relationship evolved from two straight guys living together for work and convenience, to two straight guys shagging, to two guys in love with each other and being "out" about their relationship. It was just a lot of fun and also brought some closure or insight into another small story line introduced in the first Arctic Heat book.

On a personal note, I loved the sex scenes. What I loved especially was that it's so rare here in the US to read sex scenes that include male foreskin! That probably sounds strange but since most men in the world aren't cut and foreskin adds so much more to sex it was really awesome to see it included!!

So I definitely recommend Polar Nights, but I also definitely recommend you read the first two books in the Arctic Heat series also and preferably first! I did receive an arc for an honest review, but you should also know that I own most of this authors books so I obviously truly like the writing.

Kindle Customer
5.0 out of 5 stars Romantic!
Reviewed in the United States on June 21, 2017
Verified Purchase
Loved how the characters interacted and mixed with the series. Loved knowing how the story of how Andreas and Christian developed and grew.
Read more
Helpful
Comment Report abuse

ROROBLUSMUM - no retreat, no surrender
5.0 out of 5 stars ********LOVING********** the new brighter, lighter reads from TTK. Please keep them coming, Ms Kove.
Reviewed in the United States on January 20, 2017
This tale is that of the characters who were having a side romance in TTK's Arctic Heat series. It's a short tale and it's a standalone, but I think I enjoyed it more because I beta for the author and have read all 3 books in the AH series, and the guys continue to make appearances there.

It's the tale of a couple of guys who, pretty much no questions asked, fall into a sexual relationship as they happen to be in a convenient place at a convenient time. I'd been intrigued by them from their first appearance and was so pleased to see they had a tale of their own. It might be short, but TTK gives them enough time together, a bit of a trial that they weather really well and that brings them closer and solidifies them, and then yet another that cements them. I loved how their relationship changed from guys who f'd and didn't talk or kiss or ask questions, to ones who started to become friends and wanted to spend time together, to wanting to kiss each other and change things up in their bedroom. It all felt really organic, without the need for labels or justification.

ARC courtesy of the author for my reading pleasure.
Read more
One person found this helpful
Helpful
Comment Report abuse

Robyn A
4.0 out of 5 stars Short and sweet novella!
Reviewed in the United States on January 18, 2017
Polar Nights is the perfect short and sweet novella. Part of the Arctic Heat series, but it's not necessary to read the others first. Of course, I would recommend reading the whole series at some point.

Andreas and Christian work and live together while also having a purely sexual relationship. Add in some misunderstandings, lack of communication and you have a recipe for some angst. When poachers get a bit too close, Andreas ends up hurt and Christian is tasked with taking care of him. Trapped together until help finds them, will they be able to voice how they really feel and will either of them even want to pursue a relationship?

I can't recommend this author's books enough. If you have an hour or so, this novella is totally worth it.

I received a copy in exchange for an honest review.
Read more
Helpful
Comment Report abuse

Mrs. Readsalot
4.0 out of 5 stars Nice to read what is going on with Christian and Andreas....finally!
Reviewed in the United States on January 21, 2017
You really need to read the first two books in this series before you read this short novella. Those books are the story of Varg and Jonathan, but they are also where we are introduced to Christian and Andreas. These two boys are really chill, and they have an arrangement that includes no emotions and no talking. It's just physical release for them. But something changes and they have to come to grips with what it means for both of them.

There's no real angst in this book and I liked that. There is a little tension between the two MCs as they work things out, and then there is a continuing plot of poachers and the threat to the peace of Svalbard. (Which I have now looked up on an atlas!) I enjoyed the way these two guys interact with each other and support each other (physically and emotionally when there's an outside stressor in their lives.)

I"m looking forward to the next in this series. I am hoping it featrues who I THINK it will feature.
Read more
Helpful
Comment Report abuse

avid reader 1
4.0 out of 5 stars Good quick read.
Reviewed in the United States on January 19, 2017
**Possible Spoilers**
The author takes us to the place where casual sex, and sex only, turns into something meaningful. Andreas and Christian have been involved in an affair of the loins for awhile. Andreas has never considered that there could be more between them. Christian has. When danger threatens them both, they come to realize that there is more to discover and enjoy between them. When it comes to emotional situations, Andreas has difficulty expressing himself and accepting emotional responses from others. With Christian he is willing to try.
I would like to have seen more of the relationship prior to the beginning of the book. It might have made the transition from nothing to something more meaningful.
The addition of the Christmas section was helpful as an epilogue to show where they were that much farther down the line. The restrained relationships they had with their families made choosing each other over them, pretty much, a given. And while touching, it felt more like obligatory filler, considering Andreas and his father’s weak ties, than any real turmoil that would present real stress to their new relationship.
I enjoyed reading this. It was a very quick read but well worth my time.