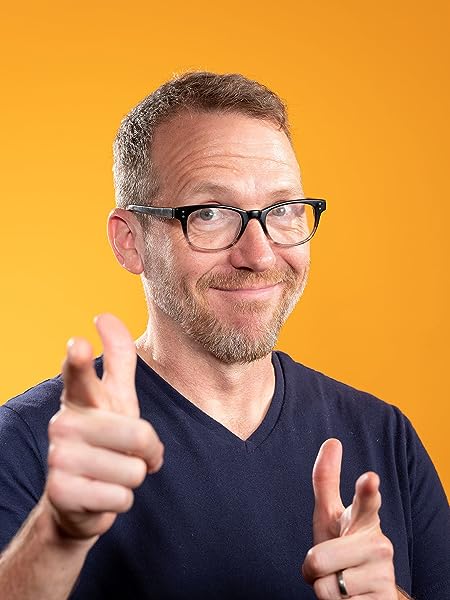 by Brian Biggs (Author)
4.6 out of 5 stars 86 ratings
Book 6 of 8: Tinyville Town
See all formats and editions
Sorry, there was a problem loading this page. Try again.

From New York Times&;bestselling author and illustrator Brian Biggs comes the third board book in the collectible Tinyville Town series.

Taking us through a day in the life of another community hero, I&;m a Police Officer shows readers what it&;s like to be a policewoman protecting and serving the citizens of Tinyville Town, a cozy community where the people are kind, everyone says hello when they&;re walking down the street, and all the townsfolk do their part to keep things running smoothly.

Brian Biggs&; read-aloud Tinyville Town series launched in 2016 with three books: the world-establishing picture book Gets to Work! and two board books, I&;m a Veterinarian and I&;m a Firefighter. In addition to I&;m a Police Officer, it has grown to include the board book I&;m a Librarian and a second picture book, Time for School!

With a nod to the busy world of Richard Scarry and the neighborhood feel of Sesame Street, the Tinyville Town series has become a favorite read for preschoolers. Using bold, comic-influenced art to illustrate a growing, thriving, diverse city full of interesting people, these books are ideal for story time and class discussions about occupations and community helpers.

Toddler-PreS—Kathy, a police officer, puts on her uniform and heads off to work. In her capacity to protect and serve the citizens of Tinyville Town, she explains, "No task is too big, or too small" and she must be ready for anything. When the bakery and grocery store are robbed, Kathy springs into action. She listens carefully, takes notes, and follows clues. Young sleuths will solve the case right along with Kathy. The mixed-media cartoon artwork is bold outlined and energetic. A modern, engaging look at a community helper and a fun addition to the series.

"The book's pace, covering a day in the life of a police officer, lends itself well to a bedtime read. A worthy introduction to the concept of police officers." ― Kirkus

"Bigg’s crisp narration and peppy cartooning make this an upbeat intro to a job that, as the officer explains, requires that she “be ready for anything.” ―
Publishers Weekly

Brian Biggs was born in Arkansas, moved to Texas, then moved to New York City to attend Parsons School of Design. He has also lived in Paris and San Francisco. He has worked as an art director and graphic designer, animator for interactivity and multimedia projects, teacher, writer, and illustrator. He has written and drawn comics and graphic novels, designed publications, and illustrated for many magazines and newspapers. He illustrates children’s books, including the New York Times bestselling Frank Einstein middle-grade series by Jon Scieszka, for magazines, newspapers, and advertising; posters, toys, and puzzles. He also works with animation, music, and various other media. His preschool series, Tinyville Town, will be published in summer 2016. He lives in Philadelphia, Pennsylvania.

Brian Biggs was born in Little Rock, Arkansas in 1968, the son of a mystical one-armed sailor with secret powers and a Portuguese train bandit. He began drawing pictures immediately. At age eleven, he moved to Pasadena, Texas where he learned to talk to cows and watch football.

He went to college for one year in Denton, Texas, for two years in New York City, and for one other year in Paris, France. He graduated with a degree in Graphic Design in 1990, because he didn't realize at the time that drawing pictures was something he could do for a "job."

In 1993, Brian moved to San Francisco where after a few years as a graphic designer, he realized that he could draw pictures as a "job" and began doing so with gusto. He drew comic books and illustrations for magazines and he drew posters and made animations and eventually began drawing children's books. He moved to Philadelphia in 1999 and now lives in a big old house there with his two kids, his fiancée, his dog, and two cats that no one really claims but who seem to run things. Brian works out of a quiet old garage where he draws pictures, builds secret experimental jet-packs, and likes to make music in his spare time.

You can find out more about this stuff at MrBiggs.com.

C. Carnevale
5.0 out of 5 stars Good female police character
Reviewed in the United States 🇺🇸 on January 28, 2019
Verified Purchase
It’s been hard to find police and fire books featuring women for our daughter, so we were happy when this one came out. We love that you can spot the other Tinyville Town characters throughout all the other books. This one was a hit with our daughter, who loves mysteries and monkeys!
Read more
One person found this helpful
Helpful
Report abuse

Daphne
3.0 out of 5 stars Three Stars
Reviewed in the United States 🇺🇸 on January 9, 2018
Verified Purchase
Very cute book!!! It did the job for my daughters school activity.
Read more
Helpful
Report abuse

Evan
5.0 out of 5 stars Loved it
Reviewed in the United States 🇺🇸 on September 23, 2018
Verified Purchase
Gift for grandchild. He loved it
Read more
Helpful
Report abuse

Jessaca W.
5.0 out of 5 stars Cute, easy, & educational read!
Reviewed in the United States 🇺🇸 on October 2, 2021
My now 3yo son has loved these books since he was born! Great representation of different races and genders. We have a lot of fun with this one, but really you can't go wrong with any of the Tinyville books! Highly recommend!
Read more
Helpful
Report abuse

Walt g.
5.0 out of 5 stars A good guide for pre k children
Reviewed in the United States 🇺🇸 on June 19, 2022
Verified Purchase
I found this to be an educational book that is also fun at the same time. It's a fun and captivating story about being kind and helping the community
Read more
Helpful
Report abuse
See all reviews