The Politics of Autism: Navigating The Contested Spectrum

Scan an ISBN with your phone
Use the Amazon App to scan ISBNs and compare prices.
Share <Embed>

Ships from and sold by BOOKS etc. _.

In the first book devoted exclusively to the contentious politics of autism, noted political scientist and public policy expert John J. Pitney, Jr., explains how autism has evolved into a heated political issue disputed by scientists, educators, social workers, and families. Nearly everything about autism is subject to debate and struggle, including its measurement and definition. Organizational attempts to deal with autism have resulted in not a single “autism policy,” but a vast array of policies at the federal, state, and local levels, which often leave people with autism and their families frustrated and confused.

Americans with autism are citizens, friends, coworkers, sons, daughters, fathers, and mothers. No longer simply the objects of public policy, they are active participants in current policy debates. Pitney’s fascinating look at how public policy is made and implemented offers networks of concerned parents, educators, and researchers a compass to navigate the current systems and hope for a path towards more regularized and effective policies for America’s autism community.
Read more

The content of this book is more compelling than the title would suggest. Pitney looks at every aspect of autism, dissecting it in intriguing ways. After a brief history of the politics of the disorder, the author examines the dynamic forces that pull discussion of it in myriad directions. These forces include—but are not limited to—the communities of science, medicine, education, and government. Questions about autism are never fully answered because it is almost impossible to do so, given the complexity of the condition: What causes it? How is it defined? What does it mean to ‘have’ this disorder? What are the implications for society, now and in the future? The author views autism as a ‘political football,’ and in this book he kicks that football around from one field to another. In doing so, he draws the reader into the book and the enigma of autism spectrum disorders. A fascinating read. Summing Up: Highly recommended. Graduate students, researchers, faculty, professionals; general readers. ― Choice

The Politics of Autism ... achieves something important in setting out and summarizing some current authoritative political discourses surrounding autism, and [provides] a springboard for future discussion and debate. ―
Disability & Society

Pitney’s research presents a picture of a bureaucratic and political disaster, a potential 'tsunami'(p. 108) for families living with autism as these children get older and struggle to secure appropriate employment and housing services. He suggests that while the politics of autism is defined by the uncertainty of the condition, and while autism is also defined by various discourses surrounding the condition, what is missing is the 'voice of the rank and file'(p. 122)— autistic individuals themselves. For those who are concerned about the life chances of autistic individuals and want to understand the difficulties of attaining equal life chances for autistic individuals, this book is of great benefit. ― Political Science Quarterly

Jack Pitney has written a splendid account of what he calls the politics of autism…. The Pitney book, in summary, addresses the wide range of forces bearing on the past and present of the ‘field of autism’ and leaves the reader all the more admiring of the industry and skill of its author. ― Journal of Health Politics, Policy, & Law

Among the hundreds of autism books now being published each year, this book stands out. It should be the starting point for anyone interested in knowing the dynamics of autism today: the science, the education initiatives, the policy responses. A must for any layperson or practitioner in the field. -- Michael Bernick, former director of the California Employment Development Department and fellow at the Milken Institute

Autism matters to everyone. Pitney leaves his reader understanding why this is true and why solutions have proven elusive. The Politics of Autism expertly maps the complex terrain of policy designed to address society’s challenges attributed to autism and provides a solid foundation from which to move forward.
-- Dana Lee Baker, School of Politics, Philosophy and Public Affairs, Washington State University

John J. Pitney, Jr., is the Roy P. Crocker Professor of American Politics at Claremont McKenna College. He received his B.A. from Union College and his Ph.D. in political science at Yale. He is the author of The Art of Political Warfare and the coauthor of several books, including Epic Journey: The 2008 Elections and American Politics and After Hope and Change: The 2012 Elections and American Politics. In addition to his scholarly work, he has held staff positions in the U.S. Congress and the New York State Legislature. He has written articles for many publications, such as The Washington Post, The Wall Street Journal, The Christian Science Monitor, and Politico. He is a frequent commentator on politics and public policy for National Public Radio and American Public Radio. He maintains several blogs, including Autism Policy and Politics. 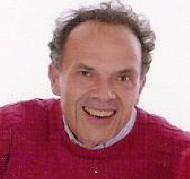 John J. Pitney Jr. is the Roy P. Crocker Professor of American Politics at Claremont McKenna College in Claremont, California. He received his B.A. in political science from Union College, where he was co-valedictorian. He earned his Ph.D. in political science at Yale, where he was a National Science Foundation Fellow. From 1978 to 1980, he worked in the New York State Senate. From 1983 to 1984, as a Congressional Fellow of the American Political Science Association, he worked for Senator Alfonse D'Amato of New York and the House Republican Policy Committee, chaired by Representative Dick Cheney of Wyoming. From 1984 to 1986, he was senior domestic policy analyst for the House Republican Research Committee. He joined the Claremont McKenna College faculty in 1986. From 1989 to 1991, during a leave of absence, he worked at the Research Department of the Republican National Committee, first as deputy director, then as acting director. He has written articles for The New Republic, The Weekly Standard, The Wall Street Journal, The Los Angeles Times, and Roll Call, among others. His scholarly works include The Art of Political Warfare, published in 2000 by the University of Oklahoma Press. With James W. Ceaser and Andrew E. Busch, he has coauthored Epic Journey: The 2008 Elections and American Politics (Rowman and Littlefield, 2009).

Gene Bensinger
5.0 out of 5 stars Must read for all serious stakeholders
Reviewed in the United States 🇺🇸 on September 13, 2015
Verified Purchase
This easy to read, well presented, meticulously researched (the end notes alone are treasure), balanced, and insightful book is absolutely required reading for every stakeholder on autism related policy. Advocates, (including self-advocates), elected officials and policy makers, service providers, health care providers, educators, parents, and family members will all learn and benefit from Dr. Pitney's perspective.
It is a sober (and frightening) assessment of the patchwork and reactive public policies and available resources in place today...and how most were created without autism as a consideration!
This book strikes me as a very important call for all of us to keep an open mind and at least try to understand perspectives and approaches other than our own. When we can't move forward, "agree to disagree" on some of the more contentious issues and, instead, focus our collective energy and efforts on the many areas of broad agreement. We really need to craft sensible basic autism policy for the future or everyone in our community will lose.
Read more
7 people found this helpful
Helpful
Report abuse

Anon
1.0 out of 5 stars "The Politics of Autism" might better be called
Reviewed in the United States 🇺🇸 on September 12, 2015
Small minds should not attempt to tackle big topics. Pitney's book, 'The Politics of Autism' might better be called, 'The Definitive Cut & Paste Indexed Guide to Government Talking Points.' Soulless and passionless without a spark of creativity or insight, Pitney is clueless. Abraham Lincoln was once asked, 'If a horse's tail is called a leg, how many legs does a horse have?' Lincoln relied, 'Four, calling a horse's tail a leg does not make it a leg.' Pitney would reply 5, 6, 7, 8 or 9 depending on which government agency he was quoting. Pitney contends there is no real increase in autism and anti-vaxxers are the real problem. An insipid and rancid collection of nonsense do yourself a favor and read books on autism that create light other by having to throw them into the fire.
Read more
7 people found this helpful
Helpful
Report abuse

Fred Friedman
5.0 out of 5 stars This is a great book and very readable
Reviewed in the United States 🇺🇸 on September 15, 2015
This is a great book and very readable. Delivers informative on the history of autism and how it relates to political, societal, and governmental actions which all effect our lives. It breaks new ground in the way it presents facts, history, and tells the story of how autism is looked at and treated today. If autism has affected your life, as an autistic person, a teacher, caregiver or family member of someone with autism, or you just are curious about the subject this book will interest and educate you. I really liked the read
Read more
2 people found this helpful
Helpful
Report abuse
See all reviews