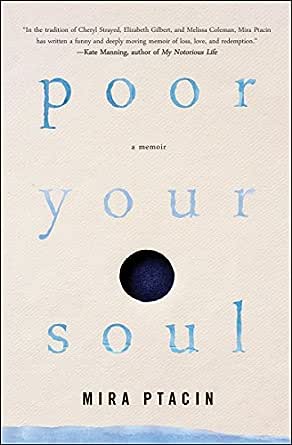 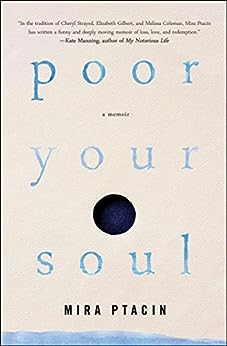 Praise for Poor Your Soul

"This vivid memoir tells of an unexpected pregnancy, ultimately welcomed, then threatened by birth defects that preclude life outside the womb. Far more than her personal story of abortion, Ptacin's brutally honest account incorporates her own mother's tragic loss of a child."
—Ms. Magazine

"Ptacin ploughs through this landscape of unbearable sadness with surprising vigor and even more unexpected humor. The portrait of her indomitable mother—who herself had lost a child—shines particularly bright and provides an example of how to survive the unthinkable, how to move forward through sheer force of will, in a world riven by an unfixable wound."
—The Boston Globe

"Poor Your Soul is an important entry into the canon of the modern female experience—unflinching and specific, Ptacin examines love, grief, family and personhood with clear eyes and an open heart."
—Emma Straub, author of Modern Lovers

“Poor Your Soul takes us on a rich and vivid journey about the meaning of family with all its pain and comfort, loss and solace. Mira Ptacin writes with exceptional honesty and beauty, and I was deeply moved.”
—Lily King, author of Euphoria

"I read large swaths of Poor Your Soul, breathless, tears held (mostly) at bay, that feeling like someone was standing on my throat. Not because it is unbearably sad (though it's sad) but because it was telling me something true about being human, something that might have otherwise remained secret. This is a beautiful, contradictory book: big-hearted and hard-hearted, angry and introspective, drowning and triumphant, and suffused with humor both dark and light. It's a book about learning how to embrace what you didn't want, how to grieve when it's lost, and how to forgive life—and yourself—for the lot of it."
—Diane Cook, author of Man V. Nature

"If there is any upside to grief, Mira Ptacin gradually uncovers it in her moving and eloquent memoir, Poor Your Soul."
—Portland Press Herald

"Poor Your Soul paints a conflicted, coming-of-age story, one of perseverance through the bonds of family in the face of grief."
—Battle Creek Enquirer

"[Poor Your Soul] examines the intricate threads of family, how our histories get woven into tapestries, and how to rebuild when it feels hopeless. It is a story of becoming, of renewal, of life."
—The Rumpus

"Poor Your Soul is exceptional for its honest eloquence about complicated and deep emotions and experiences."
—Maine Women Magazine

"Poor Your Soul is, at its core, a story of perseverance . . . Warm, honest, thoughtful, and funny."
—Michigan Quarterly Review

"Mira Ptacin's Poor Your Soul is an unblinking and moving literary memoir of grief and love by a talented young writer coming to terms with the multiple losses in her life. Poor Your Soul is a beautifully written celebration of the love of family, the bonds between mothers and daughters, and the healing that comes after loss. Mira's very personal journey through grief is also a universal one."
—Shelf Awareness

"An unexpectedly hopeful, but never mawkish, tale of love and loss. With grace and compassion, Ptacin describes the roller-coaster plunge from cautious elation to profound sorrow as romance yielded to pregnancy. Beautifully written, at just the right emotional pitch. Of interest to all readers but likely to find a home among bereaved mothers."
—Kirkus Reviews, Starred Review

"[A] nicely paced, moving memoir of loss and renewal. Ptacin’s memoir is a raw and absorbing story of family fortitude and a young woman’s struggle to confront and accept the unexpected."
—Publishers Weekly

"In the tradition of Cheryl Strayed, Elizabeth Gilbert, and Melissa Coleman, Mira Ptacin has written a funny and deeply moving memoir of loss, love, and redemption. Poor Your Soul is a story of an American family as unique and loving as any you'd wish to meet, and you'll be caught up in a gripping narrative, as Ptacin writes of her wild girlhood, her enterprising parents, the confusions of love and sex, and the brave choices women make, following their own good instincts. Elegiac and wise, Poor Your Soul is, ultimately, about the strength of the human spirit."
—Kate Manning, author of My Notorious Life

"Mira Ptacin invites her reader to viscerally experience her upbringing, to know her family intimately (and theirs is remarkable story) as she reveals, by one humorous and sorrowful turn after another, her journey toward finding her way in this very unsettling world. Hers is an immigrant's story in the most American sense. Reading her find her way through her most trying times left me feeling I'd found my own way through my own. There's no greater compliment I can pay. To read Poor Your Soul is to come to know its writer very well. Only the best writing does that."
—Cate Marvin, Co-founder of VIDA: Women in Literary Arts and author of Oracle: Poems

"Vivacity of spirit, pungency and accuracy of observation, and a sharp, disabused, but nevertheless empathetic consciousness permeate her pages. Mira Ptacin soothes us, but she also, always, surprises."
—Vijay Seshadri, winner of the 2014 Pulitzer Prize in poetry --This text refers to an alternate kindle_edition edition.

Every few Sundays, Segundo, the very short superintendent who lives in the basement at 223 East 32nd Street, opens the back pages of The Village Voice and orders two very tall call girls. He doesn’t know we know. Segundo avoids all interactions with us. At most, Andrew and I might get a muffled response to the “hello” we pitch him when one of us is coming and the other is going, but most of the time Segundo just stays in the shadows. Sometimes we’ll see him taking out the garbage or hosing down the sidewalk. Once in a while, I’ll spot him sitting on the stoop, alone, vacantly staring straight ahead.
I find Segundo quite remarkable and often speculate about his place in the universe: What does he eat? And does he cook it, or order takeout? Is he Catholic? Has he ever been in agonizing, consuming, can’t-live-without-the-other-person love? His recent haircut (buzzed—I imagine he sheared off his raven-black hair by himself in a dimly lit bathroom of his subterranean apartment) is growing out. Both Andrew and Segundo shaved their heads within the same week; Segundo’s grows faster.
One recent evening, after arriving home from a walk around the block, five of us—me, my husband, Andrew, our little dog, Maybe, and two leggy women—clogged the narrow hallway of our apartment building. As the ladies slithered past us, I got a close enough look to notice that they weren’t dressed appropriately for the cool October weather. Their skirts were short and sequined. They wore stilettos. They were giggling. To me, they looked like panthers. I nudged Andrew, who was unlocking the door to our bite-sized apartment. As he pushed it open, the two women exited the building and, without even a glance, Andrew said, “Look out front. There’ll be a man waiting in a minivan.”
There was indeed. I was stunned.
“They’re prostitutes,” he declared.
“Two of them?!”
“Two of them. Segundo’s been getting busy.”
“No. I don’t believe it.”
“Right next to our room.”
Only a thin wall separates one life from another, but unless we are in the right place at the right time, the truths of others remain unknown. Some choose not to think about it, but I can’t help it. The world inside of New York City is just a terribly interesting place.