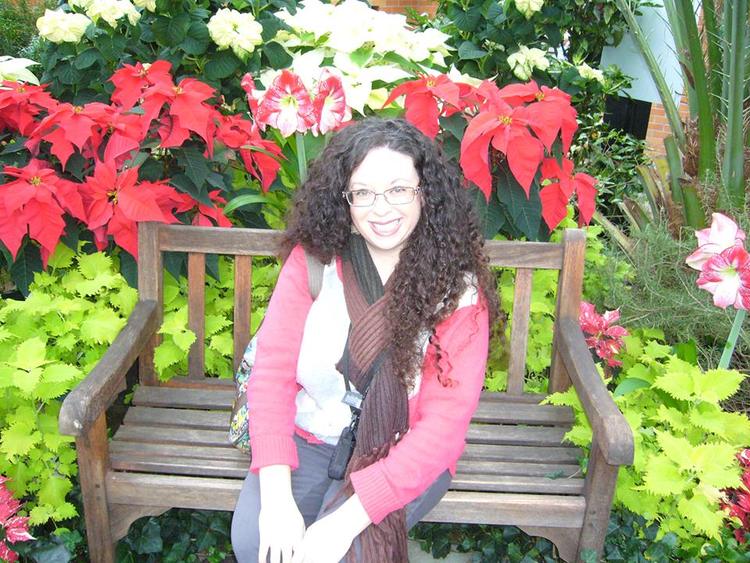 Start reading Poppies for Christmas on your Kindle in under a minute.

3.9 out of 5 stars
3.9 out of 5
8 global ratings
How are ratings calculated?
To calculate the overall star rating and percentage breakdown by star, we don’t use a simple average. Instead, our system considers things like how recent a review is and if the reviewer bought the item on Amazon. It also analyzes reviews to verify trustworthiness.
Top reviews

Cookie
5.0 out of 5 stars This book is a good read for young and old.
Reviewed in the United States on November 27, 2016
Verified Purchase
I really enjoyed this book. It is beautifully descriptive, with a meaningful love story. It intertwines the lives of four young adults and their individual issues and insecurities. Even when we think someone is so perfect and leads an enchanted life, their true feelings are revealed. They learn to over come their self doubts and become more caring people. This book is a good example to love without labels.
It is a good read for young and old.
Read more
One person found this helpful
Helpful
Comment Report abuse

Poppy is dating Declan (The Model),
Lenn (The Artist) wants to date Dexx,
Dexx (The DJ) wishes he was dating Poppy, and
Denver (Declan's sister) is interested in Dexx.

Dexx is invited to spend Christmas with the Davies family as Denver's guest. He accepts in the hope of getting close to Poppy, but she already has a boyfriend.

Dexx's thinks Declan has it all. The gorgeous girlfriend, the lavish family home and the luxury life. When they meet Dexx has already put Declan on a high pedestal and he needs a few minutes to recover.

Denver is super excited to have her own friend over for Christmas. She feels like she lives in the shadow of her brother and wants her own story. She wants to get to know Dexx and have someone who is truly hers.

Declan has mild asperger's and a stutter. He wants to be independent. He really cares for his girlfriend and hopes she feels the same way.

Lenn is the opening number and only has a small part in this tale.

The synopsis to this book is accurate, but doesn't make sense until about 40% and I found this really confusing. I'm glad I stuck with the book. However I think something needs a little tweak.

The ending is perfect and I enjoyed this book once I got into it. 3.5 stars out of 5.

Lynda Dickson - Books Direct
2.0 out of 5 stars Nice message but fails in the execution
Reviewed in the United States on December 30, 2016
Lenn, Kit, and Poppy are best friends. Lenn has a massive crush on Dexx, the local DJ. But Dexx falls for Poppy, who is going out with Declan Davies. Trouble ensues when Denver (Declan's sister) invites Dexx to spend Christmas at the Davies family home.

The story is told from the points-of-view of Lenn, Dexx, Denver, and Declan - but, strangely, not Poppy. Lenn's point-of-view is unnecessary and irrelevant, as she disappears a third of the way into the book. It's difficult to keep track of who is narrating the story because they don't have distinct "voices". When they tell us how they are feeling (ad nauseum, by the way), they repeat the same thing two, three, four, or even five times in slightly different ways (e.g., "at the edge, on the fringe, away from the crowd, alone, off to the side"); and it's not just one character doing this, they all do it. Dexx even starts using Denver's made-up words towards the end of the book; I know it's meant to show their connection, but it feels forced. The italicised passages comparing relationships to baking are the best part of the book, but it doesn't become clear who is narrating them until the end of the story (unnecessarily so).

All of the characters are unlikable: Lenn is obnoxious, self-centered, and mean; the peppy Poppy Paris is a cardboard cutout Barbie doll who appears innocent but is dating an older man; Kit is a sycophant who uses annoying teen-speak likes "totes" and "supes", but her "voice" later changes to being wise and understanding; popular Denver is mean to Poppy and makes up annoying words; creepy Dexx pines over Poppy but is physically attracted to Denver, and he has no memory of childhood incidents that have scarred other characters; Declan is weak and childish, and the written depiction of his stutter is excessive and practically unreadable. And there is way too much crying from everybody, even (especially) the boys. While it becomes apparent that our perceptions of these characters are clouded by how other people see them, everybody acts one way in school and another way in private. In addition, all the characters - even if they live a life of luxury, are beautiful, and appear perfect to the rest of the world - lack self-confidence, think no one likes them, and rely on other people for affirmation. And, even though they redeem themselves by the end of the book, it's too little, too late.

The writing is repetitious, full of lame similes, extended mixed metaphors, cringe-worthy dialogue, and just about every cliché imaginable. The use of annoying teen-speak (e.g., "totes" and "supes") and euphemisms instead of swear words (e.g. "flip") makes it sound juvenile. Editing errors include misused words (e.g., two or to instead of too), the incorrect use of commas (a comma before nearly every "and"), and the consistent absence or misuse of the plural and possessive forms of "Davies" (hint: don't pick a family name ending with an "s").

While the book conveys a nice message about loving people for who they are, it fails in the execution.
Read more
Helpful
Comment Report abuse
See all reviews