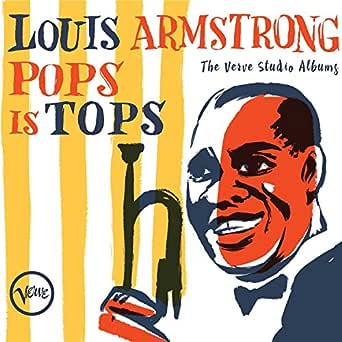 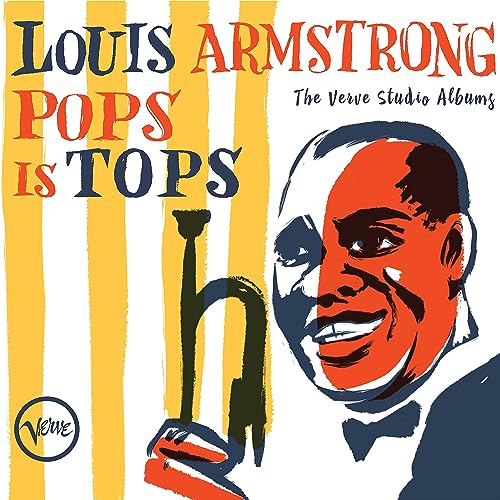 Listen Now
Buy MP3 Album $33.49
Your Amazon Music account is currently associated with a different marketplace. To enjoy Prime Music, go to Your Music Library and transfer your account to Amazon.com (US).

Ravenous Fellow
5.0 out of 5 stars An extraordinary sustained pleasure (and at discount prices!)
Reviewed in the United States on April 15, 2018
Verified Purchase
Although some people deeply understand how important Louis is -- not was -- to our culture and our hearts, he is always in danger of being forgotten and underestimated, compartmentalized as an ancient entertainer. An entertainer he was for sure, but never ancient. To be more specific, this CD package, which is beautifully presented and expertly annotated by the Top Man in Louis, Ricky Riccardi, is a joy: the delight of Louis singing and playing some of the best music of the past thirty years of his life, including Porter, Gershwin, Rodgers and Hart, Arlen, and memorable songs by lesser-known writers. In my early jazz-collecting days, I held LOUIS UNDER THE STARS in highest esteem, and later added the other Verve sessions to my collection. They are close to my heart. And here we have them as complete as possible, in wondrous sound, to be savored and studied. As I write this, Louis is singing in my living room. An exquisite pleasure, to be repeated often.
Read more
23 people found this helpful
Helpful
Comment Report abuse

C. Madison
5.0 out of 5 stars A great Armstrong addition to your jazz collection!
Reviewed in the United States on November 15, 2018
Verified Purchase
No serious jazz collection is complete without some Louis Armstrong in it. Pops is Tops is a fantastic CD set for newbies to Armstrong or for people like me who already have a good bit of his music.
This music does not have the historical significance of his Hot Fives and Hot Sevens tracks, but it is great all the same. Armstrong’s music never fails to be fun, exuberant, uplifting, or relaxing.
This music is typical Armstrong- great songs interspersed with explosive trumpet solos and a fun spirit to it all. Armstrong’s singing has a lot of character and depth to it.
Verve did a fantastic job remastering this music. It sounds like it could have been recorded yesterday. Definitely a highly recommended buy.