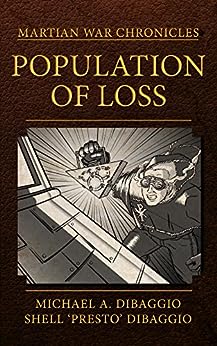 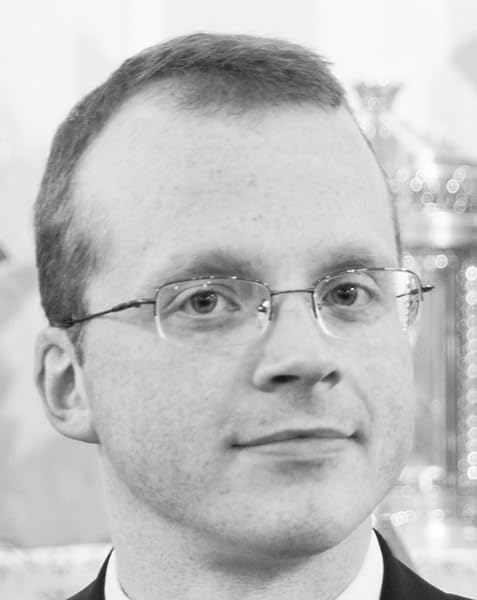 From the ruins of England to the desolate American west, unexpected champions arise to confront a foe that has never yet known defeat, and the stakes are nothing less than the survival of the human race.

Population of Loss, the first volume in the Martian War Chronicles, contains four short stories of superheroes and paranormal menace set amid the carnage of the War of the Worlds.

Stories include:
In Hoc Signo: In earth's darkest hour comes man's greatest hero, the Signalman
The Lost Boy: A tale of Fey and Spirits and those left behind
The Devil to Pay: A cursed western vigilante takes his vengeance on the Martians
The Lights Go Out: As a new Dark Age descends, the Void Knights rise to ensure man's survival
Read more
Previous page
Next page

Judd M. Goswick
5.0 out of 5 stars The Ascension Epoch Gets Underway
Reviewed in the United States 🇺🇸 on June 17, 2020
Verified Purchase
This is the first book from the Ascension Epoch. It is a collection of short stories and vignettes that give the reader a peek at the setting and some of the interesting characters there.

The focus of these stories surrounds a pivotal event in the history of the Ascension Epoch - the invasion of Earth by the Martian war machines envisioned by Wells. Each story shows how the War, and its effects create heroes, villains, and strange opportunities.

The setting is a mix of great original characters and re-envisioned characters from the public domain that endows the stories with a comic book and pulp feel. The stories in this collection are of a scientific romance and pulp feel for the most part, but it is easy to imagine the Signalman in a comic.

The setting of the Ascension Epoch is a very interesting place, similar to our own, but with many differences arising from the Martian attacks on the War of the World, and the rise of a number of pulp adventurers and super-heroic characters. Technology is different, borders and governments are different, but the super-heroic exploits are familiar and fun.
Read more
One person found this helpful
Helpful
Report abuse

This book reads like a collection of short stories centered around the theme of the Martian invasion of the Earth as read in War of the Worlds. I explained it to my wife as a mash-up of classical sci-fi/fantasy stories that greatly focus on the human experience rather than the fantastical events. It's sort of like getting into the head of one of the supporting characters of a classical sci-fi/fantasy novel and venturing off into a side story. I think the author did a very good job of tying together seemingly disparate stories, with a dash of Judeo-Christian lore, into a common world as if this were a possible alternate reality.
Read more
One person found this helpful
Helpful
Report abuse

Brian Craig
4.0 out of 5 stars Great concept, well executed
Reviewed in the United States 🇺🇸 on January 10, 2016
Verified Purchase
I first stumbled across the “Ascension Epoch” universe while searching for info on public domain comic book characters; this shared universe features such characters combined with original creations in a world molded by literary events (the most important being the invasion from HG Well’s War of the World). I picked up this book for free to learn more about the project, and (when I eventually had time to read it) was glad I did. The book features 4 short stories set during the Martian Invasion, introducing several of the concepts and character that (presumably) will play a larger part in the later stories. The weaving of old and new works well, and the writing style is solid and engaging. Basically, the book was free to whet the appetite of the reader for more stories of this world. In my case, it worked; I look forward to reading more of the Ascension Epoch.
Read more
One person found this helpful
Helpful
Report abuse

Amazon Customer
5.0 out of 5 stars War of the Worlds meets Lensmen & Undead Bat Masterson wrapped in the Phantom Stranger's Cloak
Reviewed in the United States 🇺🇸 on July 2, 2019
Verified Purchase
Wow! There is a LOT packed into this set of four stories! What if you rolled together H.G. Wells' Martians with superheroes made from ordinary and extraordinary men and women, baked it thoroughly with European and American folk legends come to life, and then sprinkled it with a touch of Eldritch Horror? You'd have Mike and Shell's Population of Loss, that's what you'd have! This kind of genre-bending isn't seen enough in today's SF/F or comic books, and that's a shame, so pick up this book and have a great read. More Signalman!
Read more
One person found this helpful
Helpful
Report abuse

Brannon Hollingsworth
5.0 out of 5 stars Awesome, awesome, awesome!
Reviewed in the United States 🇺🇸 on January 23, 2015
Verified Purchase
I simply cannot say enough good things about this book. Expertly written (despite each story having its own distinct tone and voice, which is a hard thing to do as a writer), supremely edited, and presented in such a way that makes you completely satisfied in what you've just consumed yet at the same time makes you hungry for more! They world is supremely detailed and developed, yet the authors are able to present it in such a way as to make it accessible even for a newcomer. The characters are memorable and to top it all off the world is open source! So tremendously cool. I can't wait for more!
Read more
One person found this helpful
Helpful
Report abuse

Sean C. Duggan
3.0 out of 5 stars Too short, little insight into the history of the AE universe
Reviewed in the United States 🇺🇸 on July 15, 2016
Verified Purchase
These are four short (very short!) stories about the history of the Ascension Epoch universe during the time when the Martians invaded and (presumably) heroes that arose from it. It's no more than tidbits of the universe, and doesn't really give any insight for other books in the series. As with other installments, the illustrations don't work properly with the Kindle application, appearing separate from the text interrupting mid-sentence, and the appendix is interrupted by the feedback page popping up. At that, the Appendix is surprisingly short, with a brief of only one hero, The Signalman. I'm used to more from DiBaggio's books.

I bought this one for 99 cents during one of the various sales. It's a bit short even for that.
Read more
Helpful
Report abuse

Josh MacMillan
5.0 out of 5 stars Top Notch Characters, Top Notch Writing
Reviewed in the United States 🇺🇸 on August 12, 2014
Verified Purchase
I find myself thoroughly enjoying the Ascension Epoch universe, with Population of Loss being no different. The author's style is fantastic; he's one of the most talented authors that I've experienced in a long time. It is very apparent throughout each book that a lot of time and energy has been spent on imagining the world, creating the characters, and transferring their stories to the page. There area where Population of Loss really stands out is in its characters. Several very well-imagined and well-written characters are introduced here, and the events surrounding them are quite gripping.
Read more
Helpful
Report abuse

Michael C Munson
4.0 out of 5 stars I would like to see Signalman again
Reviewed in the United States 🇺🇸 on January 29, 2015
Verified Purchase
This book of four short stories was very well written. He writes lika pro! I would like to see Signalman again, Mike. Get to it! The second story had a nice twist. The third was a perfect set-up for future stories, while the last had a 40k feel to it. I love the blending of genres and old literature. Looking forward to more of this!
Read more
One person found this helpful
Helpful
Report abuse
See all reviews
Report an issue
Does this item contain inappropriate content?
Report
Do you believe that this item violates a copyright?
Report
Does this item contain quality or formatting issues?
Report