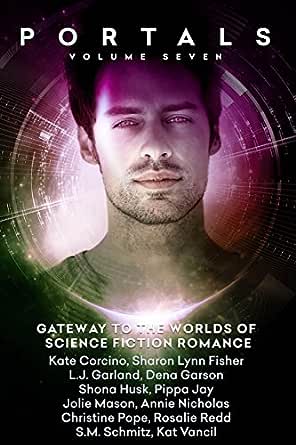 You've subscribed to Portals! We will preorder your items within 24 hours of when they become available. When new books are released, we'll charge your default payment method for the lowest price available during the pre-order period.
Update your device or payment method, cancel individual pre-orders or your subscription at
Your Memberships & Subscriptions
There was an error. We were unable to process your subscription due to an error. Please refresh and try again. 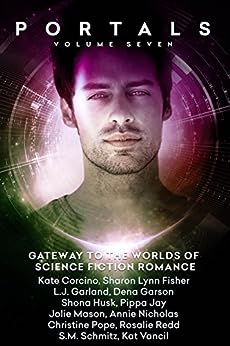 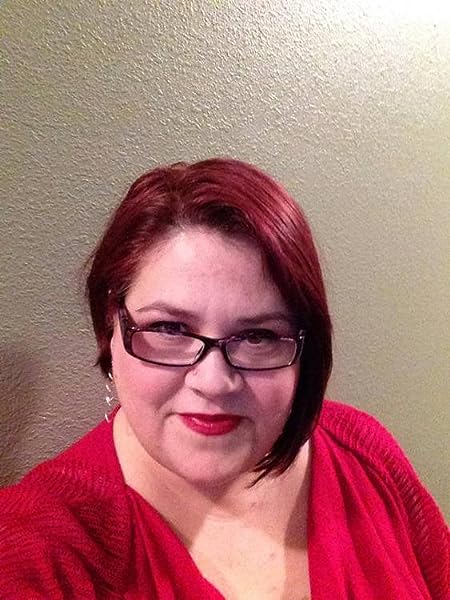 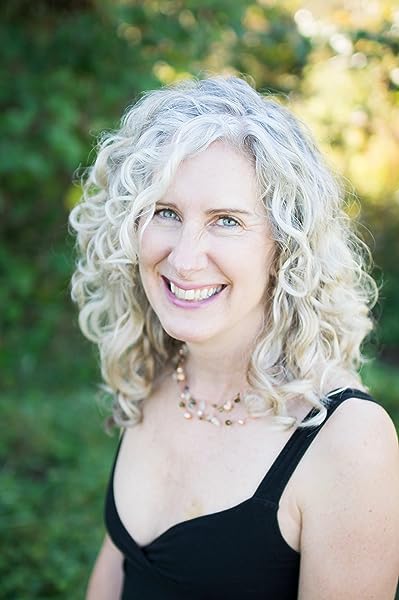 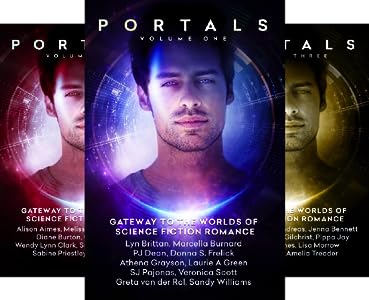 4.2 out of 5 stars
4.2 out of 5
12 customer ratings
How does Amazon calculate star ratings?
Amazon calculates a product’s star ratings based on a machine learned model instead of a raw data average. The model takes into account factors including the age of a rating, whether the ratings are from verified purchasers, and factors that establish reviewer trustworthiness.
Top Reviews

Erin Penn
VINE VOICE
5.0 out of 5 stars Another Fine Portal by the SFRB
Reviewed in the United States on March 10, 2017
Verified Purchase
Seventh Portal for the Science Fiction Romance (SFR) Brigade - a series, each featuring ten first (or more) chapters of a novel. The perfect tasters to see if you want to go further from some of the best SFR writers in the industry.

Day One
Spark Rising by Kate Corcino - An amazing post-apocalyptic style world where people have the ability to charge thing with electricity, providing the means to power the recovery. But with people as generators, energy is scarce and carries a heavy price for those with the ability to manipulate electricity. The layers of this world created a bang of a beginning. Love it. Picked up the sample.

Day Two
The Ophelia Prophecy by Sharon Lynn Fisher - A strong setup in a post-apocalyptic world, though I could have done without the amnesia beginning. It was so short, it was clearly a writer's device to get the couple together instead of an intrinsic part of the story. Thumb up for unique world, thumb down for the "god in the machine" mechanism.

Mechman by LJ Garland - By the end of the teaser, the couple still haven't met but they are well-defined. I expect the romance will be explosive!

Rege's Rescue by Dena Garson - A kidnapped daughter of a close friend sends Rege hunting, something he is very good at. But Amethe isn't one to wait around to be rescued. Made me pick up the sampler.

Lunar Exposure by Shona Husk - Two bounty hunters use different means to go after a target. Can they find the target before he kills hundreds? Will their attraction for each other put them at odds, or create the perfect mix? I love the hint of the couple being true aliens, instead of a human falling for an alien. Made me pick up the sampler.

Day Three
Tethered by Pippa Jay - An assassin is asked to be a diplomat and take her clone sister's place. Unfortunately it is at her deceased "twin" lover's side.

Riding Redemption by Jolie Mason - Mech warriors. What you do when you are no longer a couple and still in the same unit?

Boarded by Annie Nicholas - Speaking the language isn't enough to keep the peace. What can a cultural liaison do when the ambassador she is escorting will not share the basics of his culture, let alone the secrets she will need to help him protect? Made me look at the Amazon sampler for the book, of course, because figuring out how different cultures work is one of my favorite parts of sci-fi.

Blood will Tell by Christine Pope - Explosive beginning to the story.

Untouchable Lover by Rosalie Redd -First a prologue set thousands of years ago and yet may still be happening due to time fluctuation, then the first chapter goes into a confusing bunch of aliens which feel like fantasy creatures. I am not certain this is taking place on a contemporary Earth or an alternate Earth. Overall, this Portal was not satisfying with much God-in-the-machine activity.

Resurrected by SM Schmitz - What would you do if your loved one came back after they died? This intro ran long and lonely but had such character development I looked at the Amazon sample for the novel. Still intrigued but not enough to buy, I read the sample for the second book of the series, which looks much more interesting. Nearly picked it up except I decided to look at the final story of the Portal (see Marked Ones) and got completely sucked in to that series.

The Marked Ones by Kat Vancil - A solid introduction to the Marked Ones trilogy. The initial book of the series reads like a YA, but the rest are New Adults (NA - post-graduate/college age main characters). I've completed the series.

Seven out of the eleven made me look at the Amazon novel sample for more. A good mix of different types of science fiction, all with strong women, makes this a perfect Portal to the SFR Brigade.
Read more
2 people found this helpful
Helpful
Comment Report abuse

Ana Infantes
5.0 out of 5 stars This series is great to find what I'm looking for
Reviewed in the United States on August 23, 2018
Verified Purchase
Selection of 10 first chapters of 10 Science Fiction Romance. Sometimes it is difficult to find science fiction romance because it is a genre that is often labeled or sold as paranormal romance.
This book contains authors that I did not know and excerpts from books that seem interesting.
Portales is a series that consists of 7 books. I like the books of extracts of novels of a theme. I know what I want to read at that moment and sometimes I find books that I like very much. I like science fiction romance, but not all science fiction, so this series is great to find what I'm looking for.
Read more
One person found this helpful
Helpful
Comment Report abuse

Latifa Morrisette
5.0 out of 5 stars worth taking a chance on.
Reviewed in the United States on December 11, 2017
Verified Purchase
I absolutely loved reading this book. It abig departure from what I'm used to reading but was definitely worth giving it a chance. Now I'm interested in reading the rest of the volumes.
Read more
One person found this helpful
Helpful
Comment Report abuse

Cindi Knowles
4.0 out of 5 stars New Adventures
Reviewed in the United States on December 19, 2017
Verified Purchase
This is a collection of samples of several PNR writers books. It gives you a glimpse into their books by letting you read the first 1 or 2 chapters of the book with links to buy the full book. I liked being able to try out and find new authors.
Read more
Helpful
Comment Report abuse

menab
3.0 out of 5 stars Ok
Reviewed in the United States on June 1, 2019
Verified Purchase
Science fiction sample collection. Not bad at all. Get to find new authors and books.
Read more
Helpful
Comment Report abuse

Robin Lawless
5.0 out of 5 stars Book 7 was great
Reviewed in the United States on October 1, 2016
Verified Purchase
All of these books are so freaking awesome
Read more
One person found this helpful
Helpful
Comment Report abuse