You've subscribed to Rawlings! We will preorder your items within 24 hours of when they become available. When new books are released, we'll charge your default payment method for the lowest price available during the pre-order period.
Update your device or payment method, cancel individual pre-orders or your subscription at
Your Memberships & Subscriptions
There was an error. We were unable to process your subscription due to an error. Please refresh and try again. 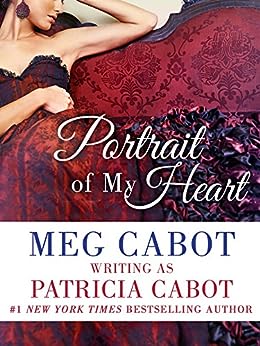 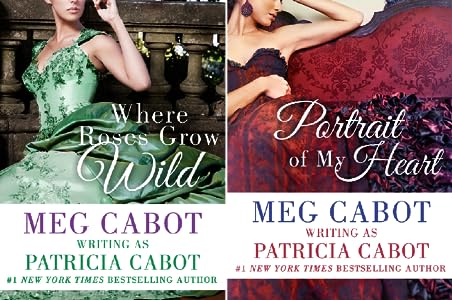 In her sequel to Where Roses Grow Wild, Cabot has written a wildly sexy black comedy, set in Victorian England, about a duke's long-lived and exasperating love for a beautiful artist. Witty dialogue abounds from the first page, but what sets this romance apart are the hero's (Jeremy, Duke of Rawlings) charm and keen sense of humor, which immediately endear him to readers despite his seeming selfishness and immorality. Artist Maggie Hubert, to whom Jeremy has proposed many times since she was 16, believes she is not duchess material and so has pledged to marry a French gallery owner. Jeremy, who went into Her Majesty's service to prove himself worthy of Maggie, sets out to win Maggie's love and break her engagement. First, however, he must convince Maggie and the world that the Star of Jaipur he was given in India in return for soldierly duties is a sapphire, not, as rumors have it, a princess who insists they are betrothed. There is only one minor flaw in this jewel of a romance: the hero's title is apparently also his surname, a faux pas that will annoy more historically conscious readers.
Copyright 1998 Reed Business Information, Inc. --This text refers to the digital edition.

Patricia Cabot is a writer, administrator, and freelance artist. She lives in New York with her husband and one-eyed cat Henrietta. This is her second novel.
--This text refers to the digital edition.

"Sexy, romantic...delightful."--Jill Jones, author of Essence of My Desire
--This text refers to the digital edition.

Laura
4.0 out of 5 stars A Fun Read for Meg Cabot Fans
Reviewed in the United States on November 1, 2013
Verified Purchase
I liked Maggie a lot as a character, but Jeremy often came off as a bit self-important and forceful. I do like Cabot's writing and her stories (even if they are often a bit predictable). 3.5 stars.
Read more
One person found this helpful
Helpful
Report abuse

MaryGrace Meloche
4.0 out of 5 stars Delicate Humor. 3.5 Stars
Reviewed in the United States on February 5, 2004
To the author's credit, the book's part one has the feel of adolescence. Two childhood adversaries fantasize. Maggie Herbert dreams of studying art in Paris, where she will be a famous painter. Jeremy Rawlings dreams of mystical India, where he will be a first-rate soldier in the queen's Horse Guards. An embarrassing situation turns fantasy into reality.

Years pass and our two visionaries achieved their dreams. Maggie is an accepted artist and Jeremy is a decorated military hero. Simultaneously, they come back to England, and discover they can no longer deny their denied passion.

First introduced in Cabot's WHERE ROSES GROW WILD, "Mags" and "Jerry" evolve from childhood rivals into sultry lovers. Patricia Cabot paves the road to love using gentle humor, thus rescuing her story. Jeremy Rawlings, the Duke of Rawlings' personality is taxing - the world revolves around him. Maggie is a little dense - HE can't possibly love me. Nevertheless, Cabot fills the pages with effective comedy, and the reader will enjoy the lighter moments.

Problem areas:
* Jeremy's insane obsession to get Maggie into his bed.
* Maggie's inability to accept Jeremy's surrender.
* The entire business surrounding the mistaken "Jewel of Jaipur".

TheSchemer
5.0 out of 5 stars One for the keeper shelf!
Reviewed in the United States on August 30, 2005
Jeremy, the young and rakish Duke of Rawlings has just been sent down for the final time from Oxford for killing a man in a duel. (Granted, the dead man in question was a cad and hanger-on who deserved his fate, but we digress.) Dueling is illegal and Jeremy must leave the country after being berated and lectured, of course, by his Uncle Edward and saying goodbye to his Aunt Pegeen. Before he leaves, he takes a ride and runs into his old childhood chum, Maggie Herbert. As children, Maggie and Jeremy had been unseparable. His pal Maggie had been a gangly, awkward child. The Maggie he meets has blossomed in all the right places and before you know it, youthful hormones flare and the two end up in the barn. Just as things start getting really heated up, the pair are interrupted, but the ensuing scandal banishes the pair to separate corners of the world: Jeremy in India and Maggie in Paris.

Five years pass and Jeremy is back from India, a decorated soldier whose exploits have titillated Victorian England. Maggie is now a portrait painter engaged to another man. Jeremy's back, he's mad and he wants his Maggie back. This time for good. What follows is a story that is hysterically funny, clever and tender. The interaction between these two stubborn characters is a joy to read. Add to the mix a cast of secondary characters from the devious Indian Princess Usha to Maggie's long suffering fiancé, Augustin, to Jeremy's wonderful family, and you end up with a book that is sure to remain in your keeper shelf!

M. I.
3.0 out of 5 stars Worth reading....(3 1/2 stars)
Reviewed in the United States on May 6, 2003
"Portrait of My Heart" was a fun read. I enjoyed the characters very much. I have never read its prequel "Where Roses Grow Wild", but after being introduced to them in this story I find that Im curious and may have to go back and read Edward and Pegeen's story as well. While I found this book to be enjoyable..it isnt a keeper for me. First of all I found it bothersome that while we are told that the characters do in fact love eachother, they never actually get around to telling one another..this is a small thing I realize, but it bothered me regardless. I also felt that towards the middle it dragged a bit and that the tension and the conflict that held the story together was so annoying because if these people had only communicated to eachother a bit more it could have been avoided..but then there wouldnt have been a story at all ...all in all a fun read, but not my favorite.
Read more
4 people found this helpful
Helpful
Report abuse

Susan
5.0 out of 5 stars Wonderful!
Reviewed in the United States on May 18, 2002
I found this book a delightful read. I, myself, am not at all fond of the tearjerker, cliche, or otherwise tasteless romance novels, which is why I typically steer clear of them. But this is a light-hearted novel that really fills a reader with a poignanat, sweet, and lamentful feeling(lamentful because romance can't really be like that). I suppose today's society has taken it's toll and fills oneself with a cynical attitude, but I literally laughed out loud of some of the ridiculous measures taken by the characters and the strange situations they found themselves in. Anyone who says this book has no substance but a laugh has little appreciation for the substance of humor. People are often very much like the two characters: impatient, "rushy", and very very stubborn. But when reading about characters like that, they tend to ridicule and say, "Now that's not believable. Why dont' they just. . . .It could be over so much quicker if. . ." Human being are not perfect(GASP). Our imperfections make a wonderful read. It's easy to guess the ending (they get married), but just to see them get there is hilarious. The characters are very believable and Cabot's humor is witty and charming. I recomend this book to anyone who wants to read about the whims of the human heart.
Read more
One person found this helpful
Helpful
Report abuse
See all reviews